"Front Row Joes" travel to Trump events nationwide and set up camp early to get the best seats at rallies. 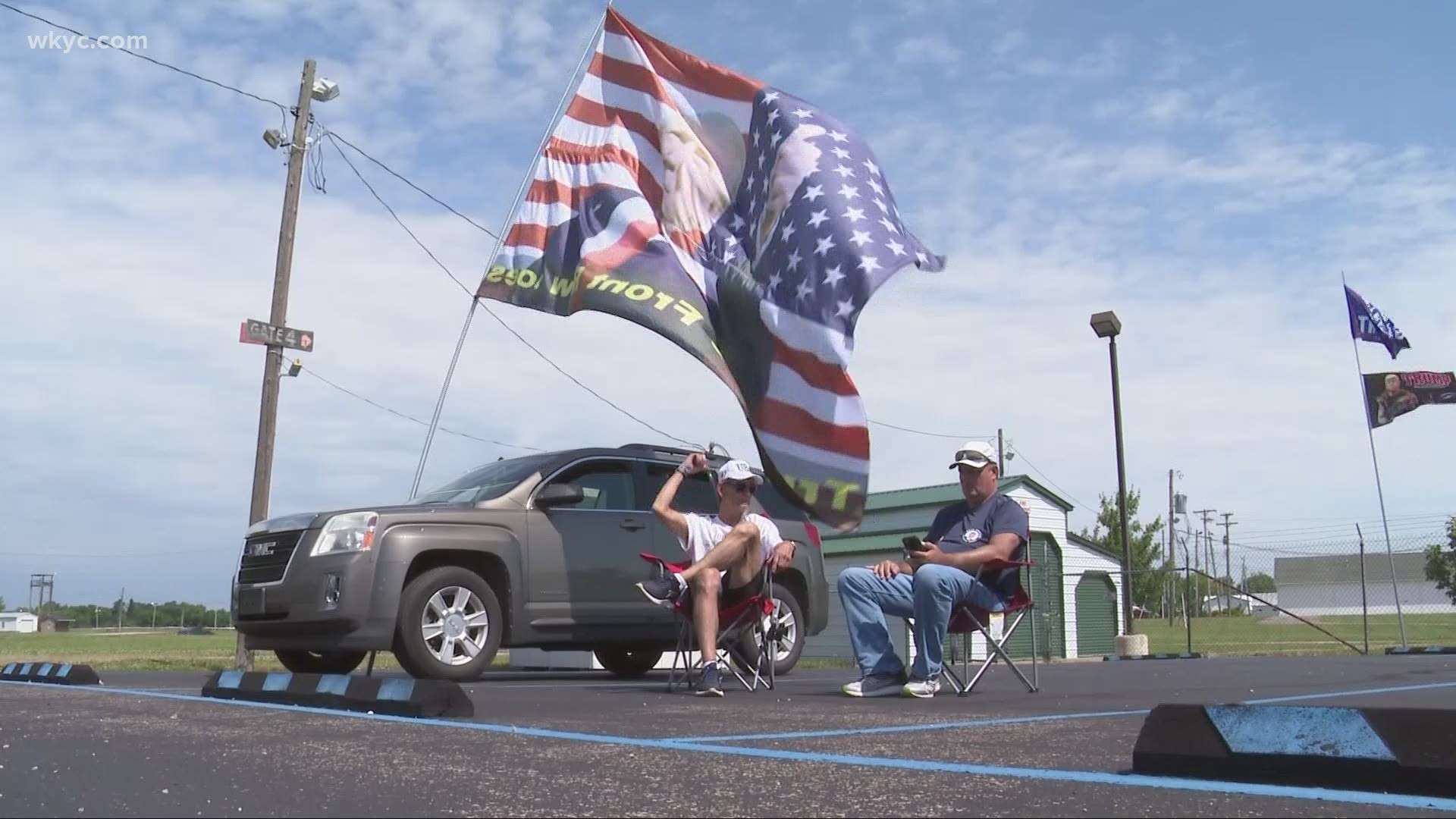 WELLINGTON, Ohio — More than three days before former President Donald Trump is scheduled to hold a rally at the Lorain County Fairgrounds, two of his most devoted supporters are already camping out in Wellington.

RELATED: Former President Donald Trump to hold rally in Wellington on Saturday: Here's what you need to know

Rick Frazier and Mike Boatman are part of a devoted group of Trump supporters known as "Front Row Joes." They travel to Trump events nationwide and set up camp early to get the best seats at rallies.

According to the Chronicle Telegram, Boatman is 53-years-old and lives in Evansville, Indiana, while the 65-year-old Frazier is from New Bremen, Ohio.

Boatman tells 3News that Saturday's event in Wellington will be his 23rd Trump rally, most in the front row. "I got here on Monday at 8:30 in the morning," Boatman told 3News.

Frazier will be attending his 44th rally this weekend. "We want to be first in line, of course," he told 3News. "The campaign told us they would come get us and put us first in line."

So what is so special about being a part of the 'Front Row Joes'?

"A lot of it is camaraderie," Frazier said. "When we traveled the country doing these rallies, we met so many great people. Trump kind of brought us together."

Saturday's rally will be Trump's first campaign-style event since leaving office in January. He will be supporting Max Miller, who will be running against GOP incumbent Rep. Anthony Gonzalez in next year's primary for the 16th Congressional District.

Boatman suspects that we may see future rallies from Trump like the one set for Saturday in Wellington. "I believe Trump's gonna run (for president)," he said.