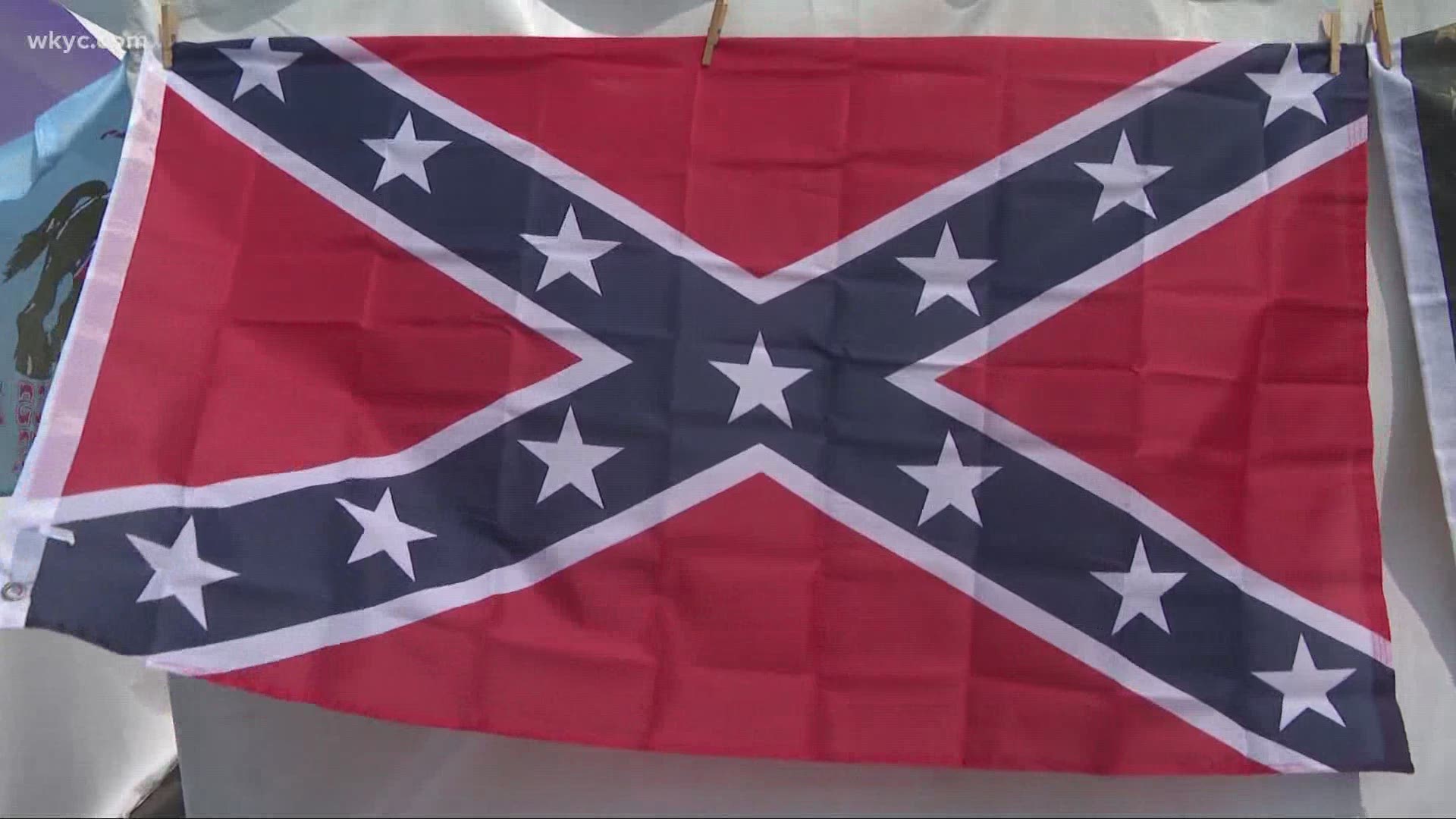 ELYRIA, Ohio — There’s a movement to stop the sale and display of Confederate flags at the Lorain County Fair this summer.

“The Confederate flag is a symbol of treason against our country and oppression against all descendants of slaves, who are mostly African Americans,” said Ohio Rep. Juanita Brent. “The civil unrest that is occurring in the streets requires us to take action, not give lip service. If we want all of our county and independent fairs to be welcoming spaces this symbol must be prohibited."

She joined a press conference Monday morning in downtown Elyria asking for a ban on the flag at the Lorain County Fair, which is scheduled for Aug. 23-30.

"The fair board 's policy of banning objectionable items on fairgrounds has passed the point of being debatable as it relates to the Confederate flag,” said Jeanine Donaldson of the Fair Minded Coalition of Lorain County in a press release. “The fair board has the right and the duty to recognize that flag for what it is -- a racist symbol. Enough is enough.”

You can watch the entire press conference in the player below:

Meijer has pulled its sponsorship out of the Lorain County Fair amid the flag controversy.

Last month, the Wayne County Fair announced a ban on the Confederate flag at their event in September.

Brent sponsored anti-Confederate flag legislation in June, which was defeated in the Ohio House.