161 positions in all will be eliminated by October of this year.

LORAIN, Ohio — Earlier this week, Macy's announced that it is closing 125 of its least productive stores and cutting 2,000 corporate jobs as the struggling department store tries to reinvent itself in the age of online shopping.

The store closures represent about one-fifth of Macy's current total.

The corporate jobs will be shed as Macy's closes its offices in Cincinnati, San Francisco, and Lorain, leaving New York as its sole corporate headquarters.

In a letter sent from Macy's to the Ohio Department of Job and Family Services, the company announced its plan in closing its Lorain System and Technology office.

Macy's says its job eliminations 'are expected to be permanent' and are scheduled to occur during three time periods:

161 positions in all will be eliminated by the end of the third time period in October.

According to the letter, the affected employees do not have “bumping rights” and are not represented by any labor organization or other representatives. Each employee will be given a description of their benefits.

You can read Macy's letter to the Ohio Department of Job and Family Services below: 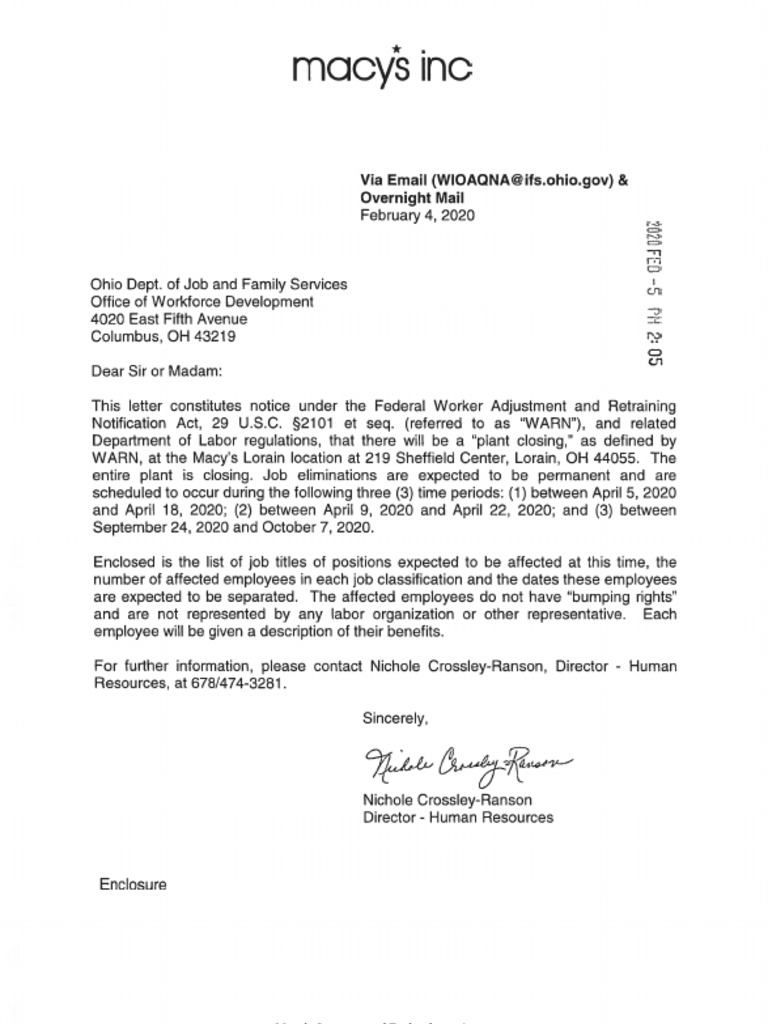 Three of the 125 stores that Macy's plans to close are in Ohio. They are in Stow, Cincinnati, and St. Clairsville.