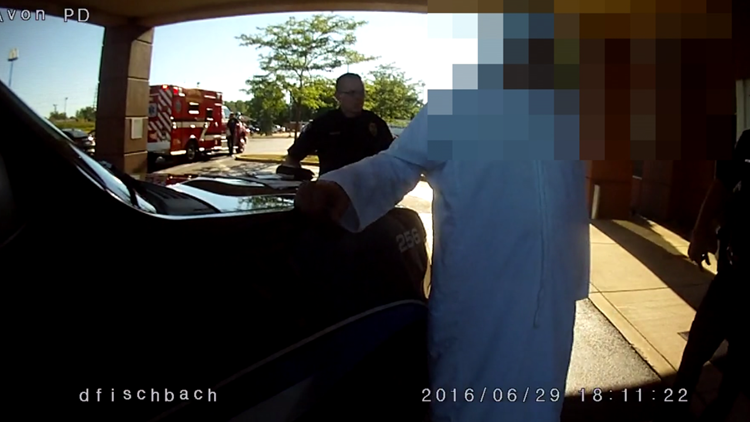 CLEVELAND — A man who was arrested more than three years ago after being falsely accused of pledging allegiance to the Islamic State terrorist group (ISIS) at an Avon hotel has reached an out-of-court financial settlement with employees and owners.

Friedman & Gilbert, the law firm representing Ahmed Al Menhail, announced the development Wednesday. The suit had been filed against two employees at the Fairfield Inn & Suites on Colorado Avenue, the owners of the property, and Marriott International.

According to authorities and attorneys, Al Menhali entered the hotel on the afternoon of June 29, 2016. A short time later, Avon police received 911 calls about a man in the lobby "in full head dress with multiple disposable phones pledging his allegiance to ISIS." The employees who made the claims were later identified as Alexis Silva and Laura Action-Bell.

SWAT crews then showed up around 6 p.m. with guns drawn and ordered Al Menhali (outside the building) to drop his phone and get on the ground. He complied, but officers found no weapons on him, and later discovered there had been a "miscommunication" and he had not made any statements about ISIS.

During the ordeal, Al Menhali collapsed and had to be taken to the hospital. His attorneys say he had just had heart surgery and ended up in the hospital for several says.

Following the incident, the city of Avon offered an apology, with Mayor Bryan Jensen calling it a "very unfortunate incident does not reflect our community." No criminal charges were ever brought against those involved.

The case, accusing the employees of racial profiling, had been set to go to trial this week. The exact terms of the settlement were not disclosed.

"We are pleased to obtain a significant settlement on behalf of Mr. Al Menhali. What happened to him was a shameful example of how ignorance and intolerance still remain in this country, in this case, because of how he dressed and the language he spoke. Now that a resolution has been reached, Mr. Al Menhali and his family can find closure and move forward with their lives."