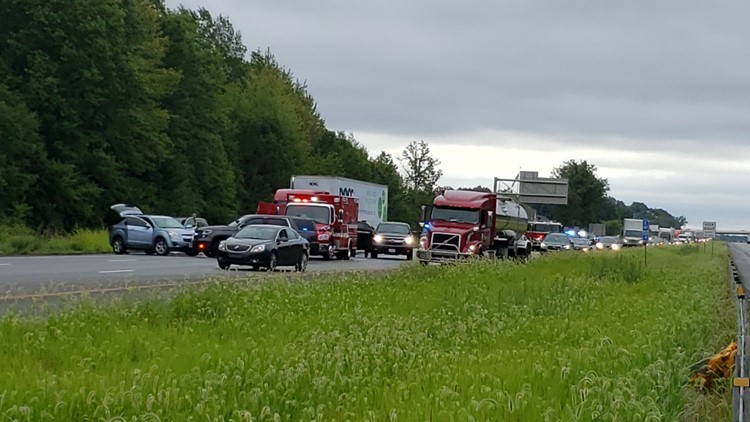 AVON, Ohio — A North Ridgeville man is dead after he was hit by a semi-truck on I-90 westbound in Lorain County Tuesday morning.

The incident occurred around 8:53 a.m. between State Routes 83 and 611. The man, identified as 51-year-old Anthony Schick, was pronounced dead at the scene.

Avon Police say Schick exited his 2019 Jeep Cherokee that was parked on the right berm and was struck once he walked into a travel lane. The truck driver had no apparent injuries.

All westbound lanes of I-90 between Routes 83 and 611 were closed as authorities attended to the area.

The roadway has since re-opened.

The matter remains under investigation, however police believe that evidence obtained from witnesses and at the scene do not justify any charges for the driver of the semi.

The case will stay open until a final report is given by the Lorain County Coroners Office.