A handful of Good Samaritans also stepped in to help pull the 18-year-old to safety. 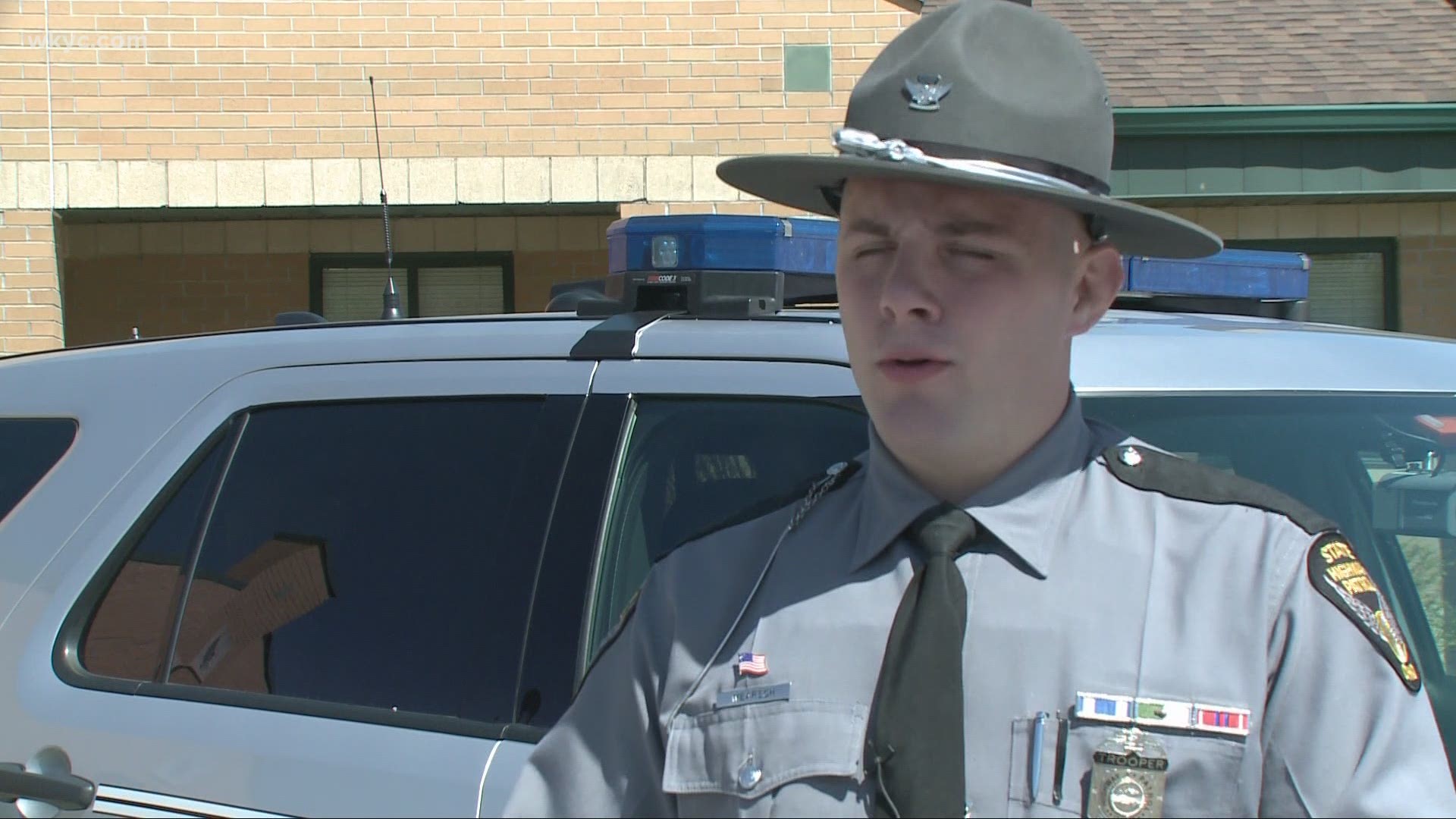 LORAIN, Ohio — The dashcam was rolling as an Ohio state trooper helped pull a suicidal man to safety.

The incident happened on Monday on the Charles Berry Bridge in Lorain. State Trooper Michael Wearsch was in the city headed to the courthouse when he was flagged down by a passing motorist who reported seeing a man sitting on the bridge preparing to jump.

Working in law enforcement, you have to be ready for the unexpected, and Wearsch instantly sprang into action and headed toward the bridge.

"Usually we're dispatched to stuff over radio," Wearsch said Wednesday, "so [when] something comes word of mouth directly to you, you know you're going to be able to act pretty quick."

Wearsch spotted the 18-year-old man on the bridge in less than a minute, radioing back to dispatchers to let them know what was happening.

"He’s just standing on the edge," Wearsh can be heard saying on the dashcam recording, portions of which can be seen in the player above. "He's got his cell phone."

It was pouring rain at the time, and other motorists also began to stop on the bridge. Wearsch approached the man slowly and with calm – going back to how he was trained.

"I stopped, got out and walked up to him and asked what was he doing," Wearsch said. Seconds later, he made a decision.

"I was able to walk up to him, grab him, and put another arm around him."

While Wearsch could be credited with the save, he says he couldn't have done it without help. Within seconds of grabbing the teen, a handful of others were right there to assist in pulling him to safety.

Wearsch says he didn't notice how many people were nearby when he made the decision to grab the man, but he’s glad they were there. Amongst the helpers, an off-duty Lorain Police Department Captain and his son who is a paramedic.

"I had five Good Samaritans – whether they were citizens or Lorain PD," Wearsch said. "[They] just all ran up and we were all able to put hands on him and tell him everything was going to be alright.

"I'd like to think of myself as a strong guy, but I can’t hold on to somebody forever. Just to have them there, it was great."

Wearsch has been a trooper for two years, and says it was the first time he’s ever had to do something like this. His training and community members willing to lend a hand made sure the day didn't end in tragedy.