Police have identified all four people who were fatally shot on Tuesday at a home on English Turn. 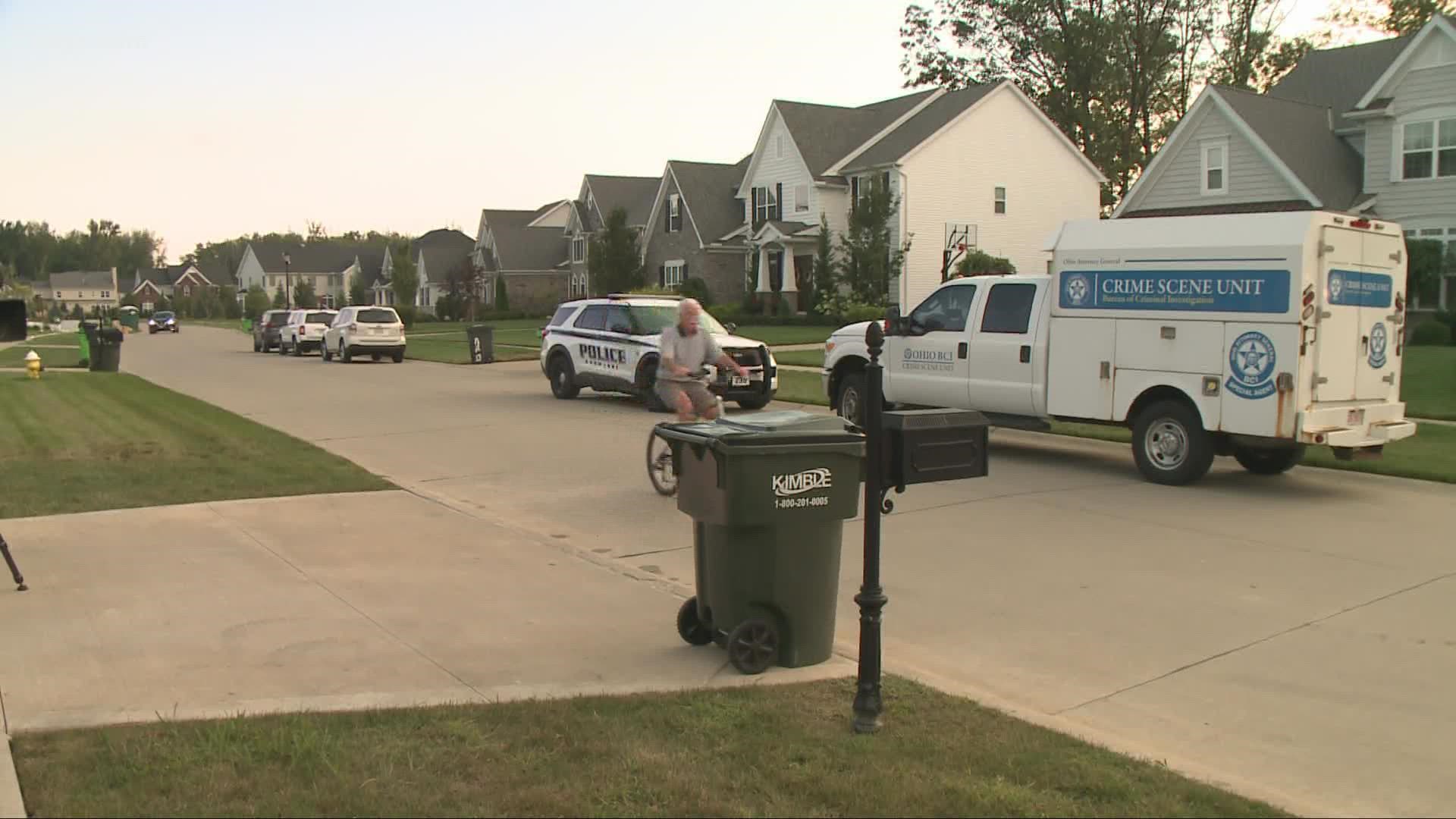 AVON LAKE, Ohio — Police in Avon Lake have provided more information about an apparent murder-suicide that happened on Tuesday.

Avon Lake police Lt. Sean Bockelman tells 3News that they have determined that 50-year-old Jeffrey Hull shot his wife, children, and one of the two family dogs before taking his own life.

The four people who were found dead have been identified as:

According to officials, patrol officers were called out to an address on English Turn around 1:20 p.m. Tuesday for a welfare check. Upon arrival, officials say that the patrol officers noticed suspicious conditions inside of the home, and called for backup, including detectives.

The officers and detectives entered the home and found four individuals with gunshot wounds, each deceased. Police tell 3News that two children and two adults were killed in the incident.

Late Tuesday evening, the Avon Lake City School District released a statement to the community, confirming that two students at Erieview Elementary School were killed in the incident:

"This afternoon, we learned the tragic news that we lost one of our Avon Lake families, including two students at Erieview Elementary School.  We have arranged to have grief counselors at Erieview tomorrow morning to work with staff and students.  Please contact the Principal or Counselor at your student’s building if your family is in need of assistance.

It is important that we recognize this loss and offer help. This is a sensitive issue for children, and we suggest that you talk with your children about their feelings.

Our thoughts and prayers go out to all of our students and families in the Avon Lake Community."