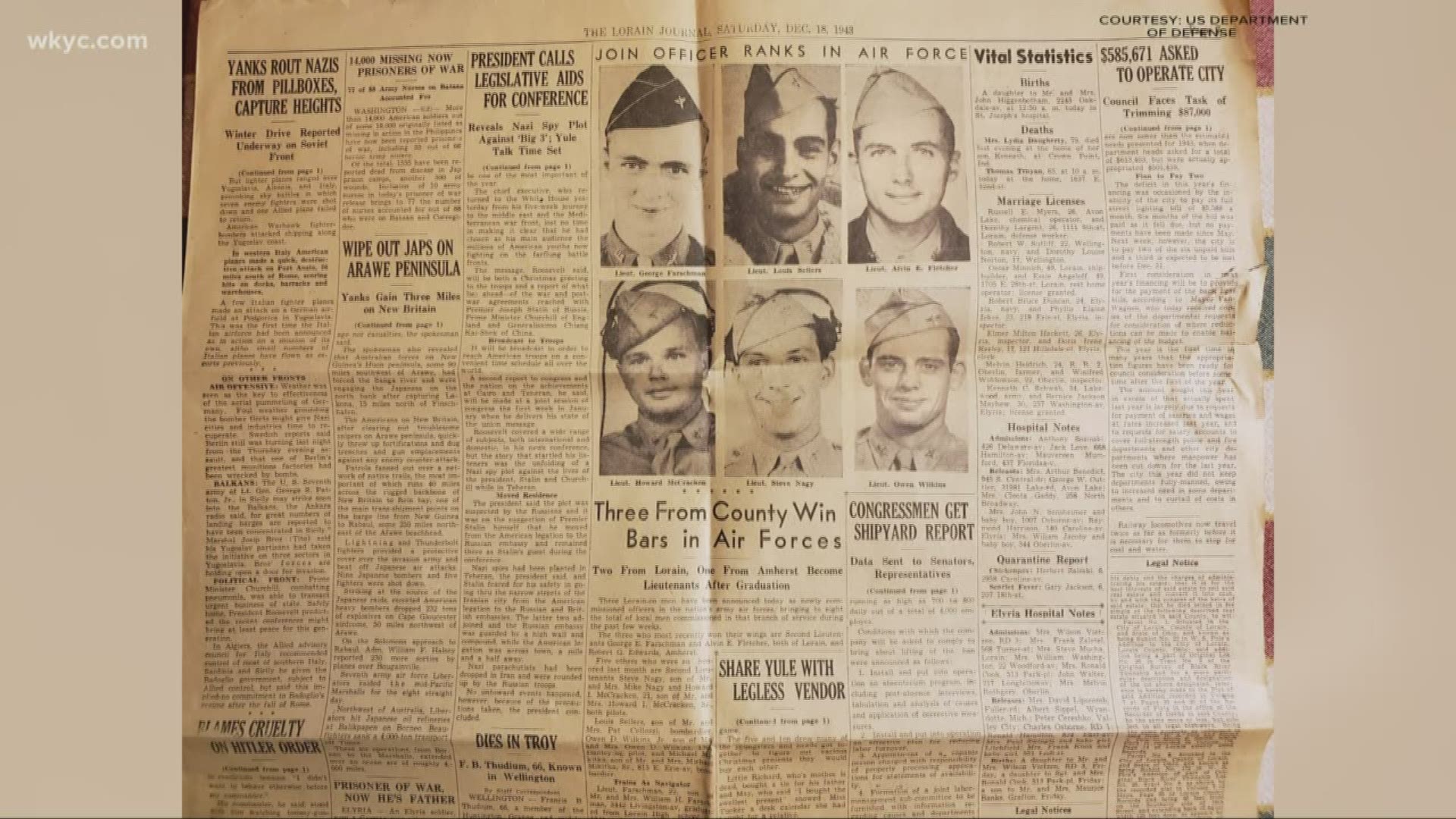 LORAIN, Ohio — The remains of a World War II pilot from Ohio will be coming home 75 years after his plane was shot down over Germany.

The Defense Department said Wednesday that it has identified the remains of Army Air Forces 1st Lt. Steve Nagy, of Lorain. Nagy was 23 years old when he was piloting a B-17G Flying Fortress that was shot down over Merseburg, Germany.

The Defense POW/MIA Accounting Agency says his remains were recovered from a cemetery in Germany shortly after the war but remained unidentified until the agency was able to take another look this year.

Funeral arrangements for Nagy have not yet been announced.