People type almost as fast on a smart phone as they do on keyboards, new study shows

The Lunch Break crew put their typing skills to the test in a fierce competition between Jay Crawford, Hollie Strano and Stephanie Haney. 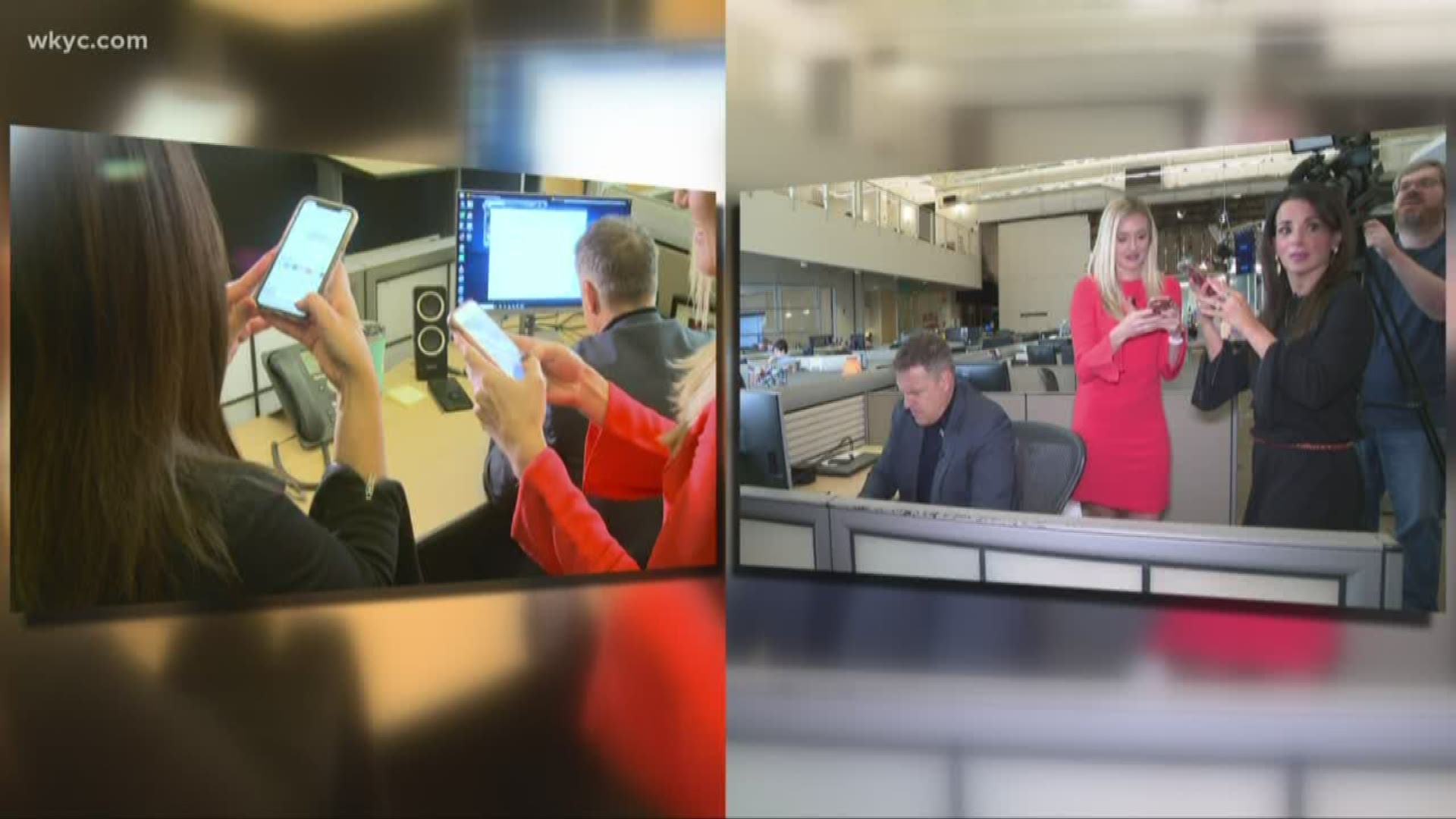 CLEVELAND — People can type almost as fast on a smart phone as they can on a traditional keyboard, according to the Guardian.

In a study of more than 37,000 people from 160 countries, researches found that on average people type about 70 percent as fast on their phones as they do on a full-sized keyboard.

That equates to about 36 words per minute for an average person.

Lunch Break threw voice-to-text into the mix to see who could get a sentence typed out fastest in a fierce competition between Jay Crawford, Hollie Strano and Stephanie Haney.

Hollie won the contest, Jay came in second and Stephanie lost out twofold because she had a typo in her sentence.

Watch the video to see the race to text for yourself, and watch the full show below:

Lunch Break with Jay Crawford airs every Monday through Friday at 12 p.m. on 3News, and streams live on WKYC.com, YouTube, Facebook and on our 3News app.

Whether you're joining us online or watching on TV on Channel 3, you can tweet with us live during the show using #3lunchbreak.

RELATED: Lunch Break with Jay Crawford: Find out how to check which apps are tracking your location on your smart phone