Teigen made a meme of herself crying with her laptop to poke fun at the situation, and the site was back up shortly after that. 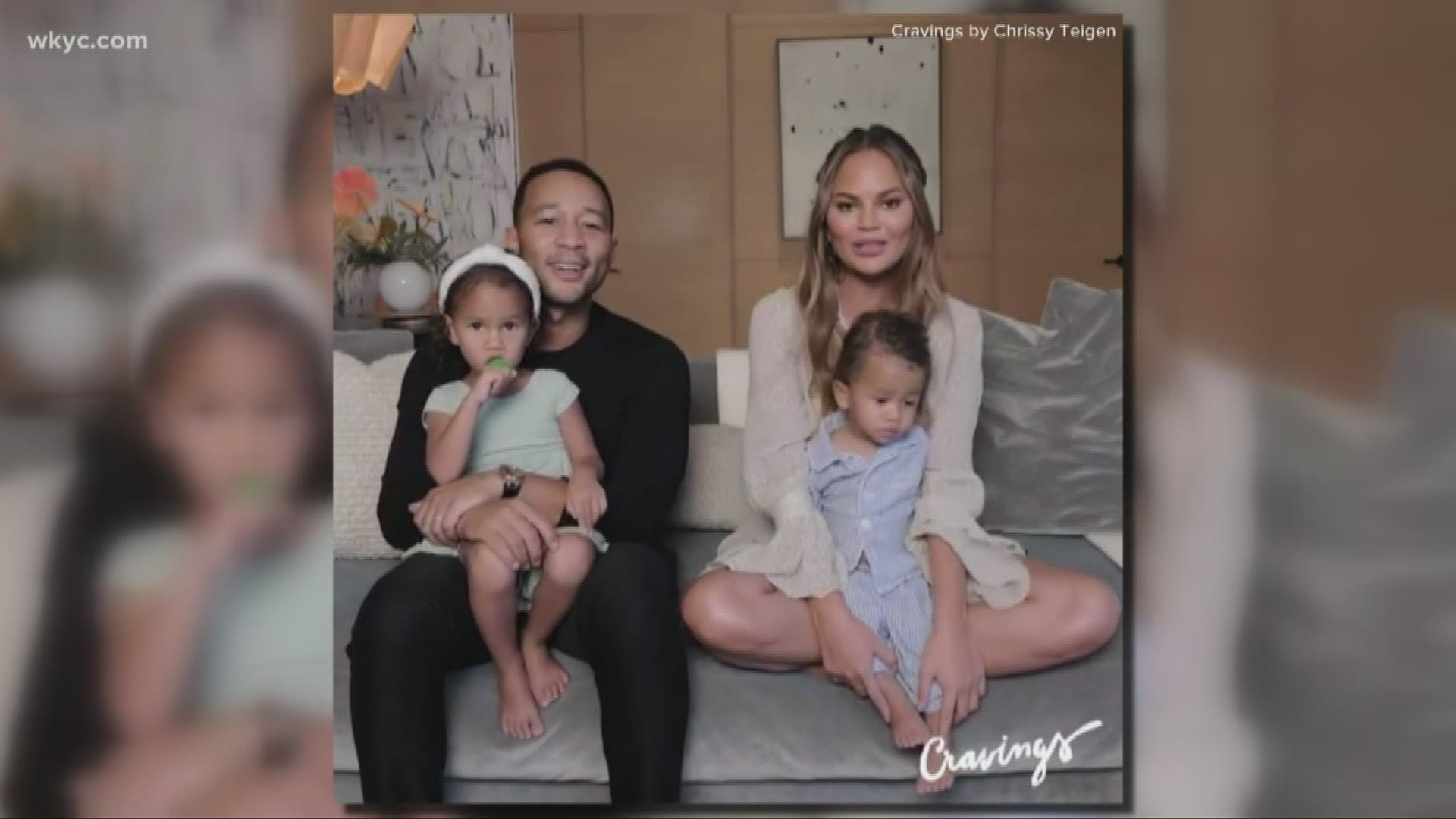 CLEVELAND — Master of the internet Chrissy Teigen had a bit of technical glitch with her "food baby" this week (that’s what she’s calling hew new website, Cravings by Chrissy Teigen.com).

The site launch was so popular it crashed the servers, and took multiple hours to get it back on line.

Once it was back up, people were able to enjoy Teigen's restaurant recommendations, information about her cookware line, and lots of cameos from her adorable family, including her daughter Luna and son Miles.

Of course, her husband John Legend was also part of the launch, which included recipes like only Teigen can deliver them.

In a video welcoming users to the site, Teigen poured sugar on a bowl of strawberries before laughing as she dropped the measuring cup and glass went flying everywhere.

"[Cravings is] just a place to see everything that is our family we wanted to share everything in one little spot for you guys," Teigen said in the welcome video, shared on Instagram.

Cravings also has a question and answer section, where Teigen agreed that her and Legend would show up to one woman’s wedding, on one condition.

Twitter user @lizzrod tweeted a screenshot of the messages between Teigen and a person named Lillian inviting the Legends to the her wedding in June. In the exchange, Teigen said the two would be happy to come as long as they can literally just drink and dance, and Legend doesn’t have to sing.

The site was so popular that it crashed within an hour of launching. Teigen being who she is, she made a meme of herself out of it, crying with her laptop while the tech team got it back up and running.

Cravings was working fine by late Monday afternoon, just in time for her to receive the Brand Genius Visionary award at the Brandweek Brand Genius Awards Gala on Monday night.

RELATED: Macaulay Culkin tweets insult at Baker Mayfield and the city of Cleveland

RELATED: Should women grow out their facial hair to raise awareness about men's health issues in 'Movember' too?