Last year, Butts County Sheriff Gary Long placed signs in their yards that said they were sex offenders and warned children not to trick-or-treat at those homes. 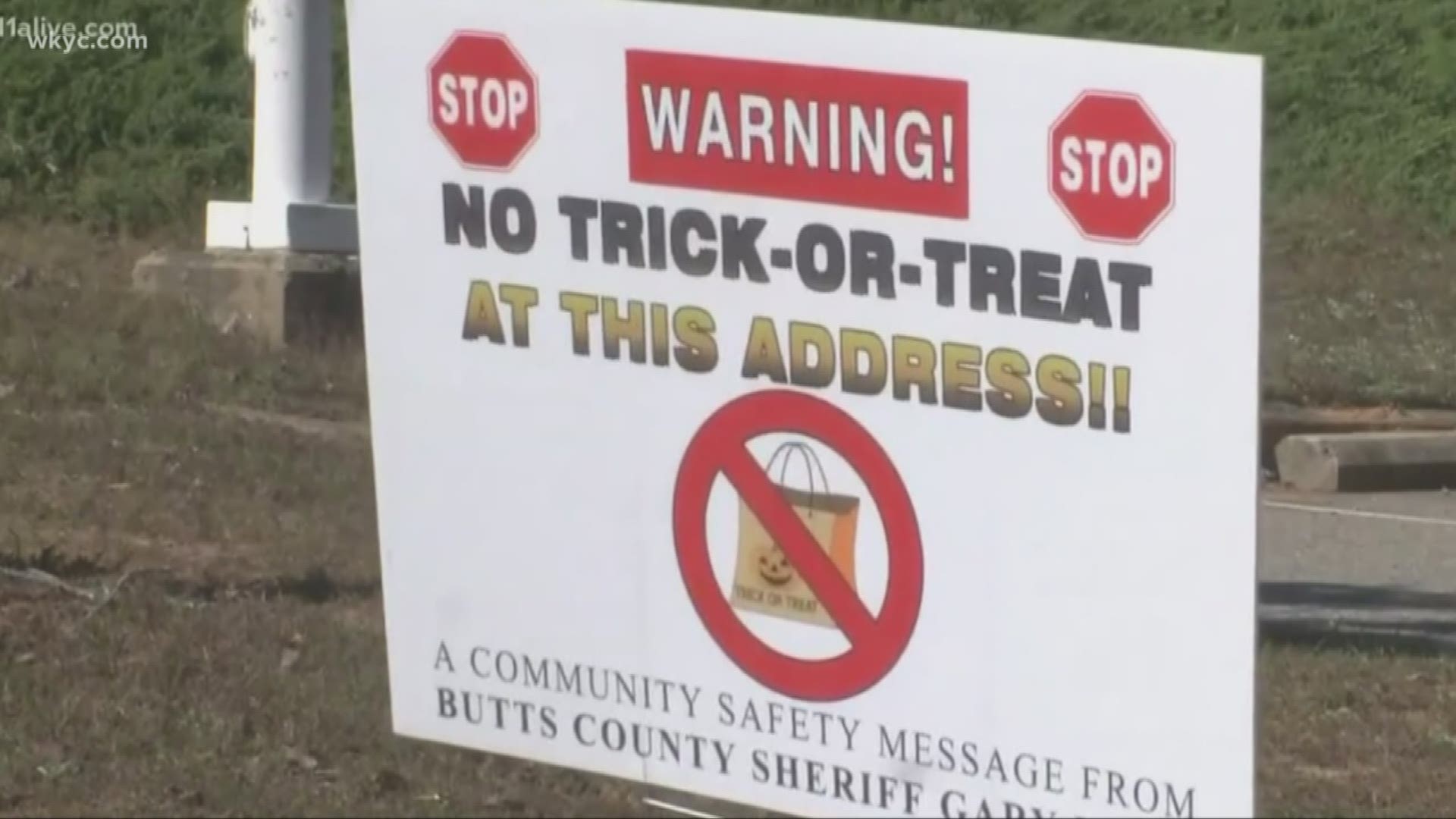 On Friday’s Lunch Break with Jay Crawford and Betsy Kling, 3News Legal Analyst Stephanie Haney broke down the arguments on both sides of a lawsuit filed by sex offenders hoping to stop the signs from going up again.

Last year, Butts County Sheriff Gary Long placed signs in their yards that said they were sex offenders and warned children not to trick-or-treat at those homes ahead of Halloween festivities.

The lawsuit filed by registered sex offenders Christopher Reed, Reginald Holden and Corey McClendon on behalf of all sex offenders in Butts County argues that this is trespass, that the Sheriff has no legal authority to place the signs in their yards, and to do so is a violation of the constitution by forcing them to sanction speech.

During a court hearing on Thursday, however, the Sheriff argued the part of the yard where the sign was placed last year, and where he wants to put them again this year, is in the public right of way near the street so trespass doesn’t apply.

He also pointed out the planned signs for this year do not say the people in the homes are sex offenders.

At the heart of this issue is what rights registered sex offenders must give up when they are convicted of their crimes and what they’re required by law to do once they’ve been released from incarceration.

The attorney for the sex offenders told CNN in a statement: "The Registry Statute affords the Sheriff many legal avenues by which he may publicize the name, address and even photograph of every registered sex offender in Butts County, but unless and until the Legislature authorizes it, coming onto their property to force them to display signs is simply not one of them.”

Unlike Georgia, Ohio has a “no candy” law, which prohibits sex offenders on probation and parole from handing out candy and otherwise being a part of trick-or-treating.

These kinds of laws can be difficult to enforce, however, without a constant police presence keeping an eye on homes where they live.

Parents who are concerned about keeping their children away from homes where registered sex offenders lives can check the Ohio sex offender registry here.

Long said on Monday in a post on Facebook: "Regardless of the Judge's ruling on Thursday, I WILL do everything within the letter of the Law to protect the children of this Community.”

On Thursday at 2:29 P.M. the Sheriff’s Department updated that statement to say no ruling has been made yet in the case, and that they department has been advised to make no further comments at this time.

RELATED: Kelly Ripa claps back at critics and a Georgia sheriff fights to warn children about sex offenders on Lunch Break with Jay Crawford

RELATED: Here's how you can save a ton on airline tickets this holiday season