The Home Alone star tweeted in reaction to someone saying that Cleveland Browns quarterback Baker Mayfield looked like one of the “Wet Bandits" robbers in the film. 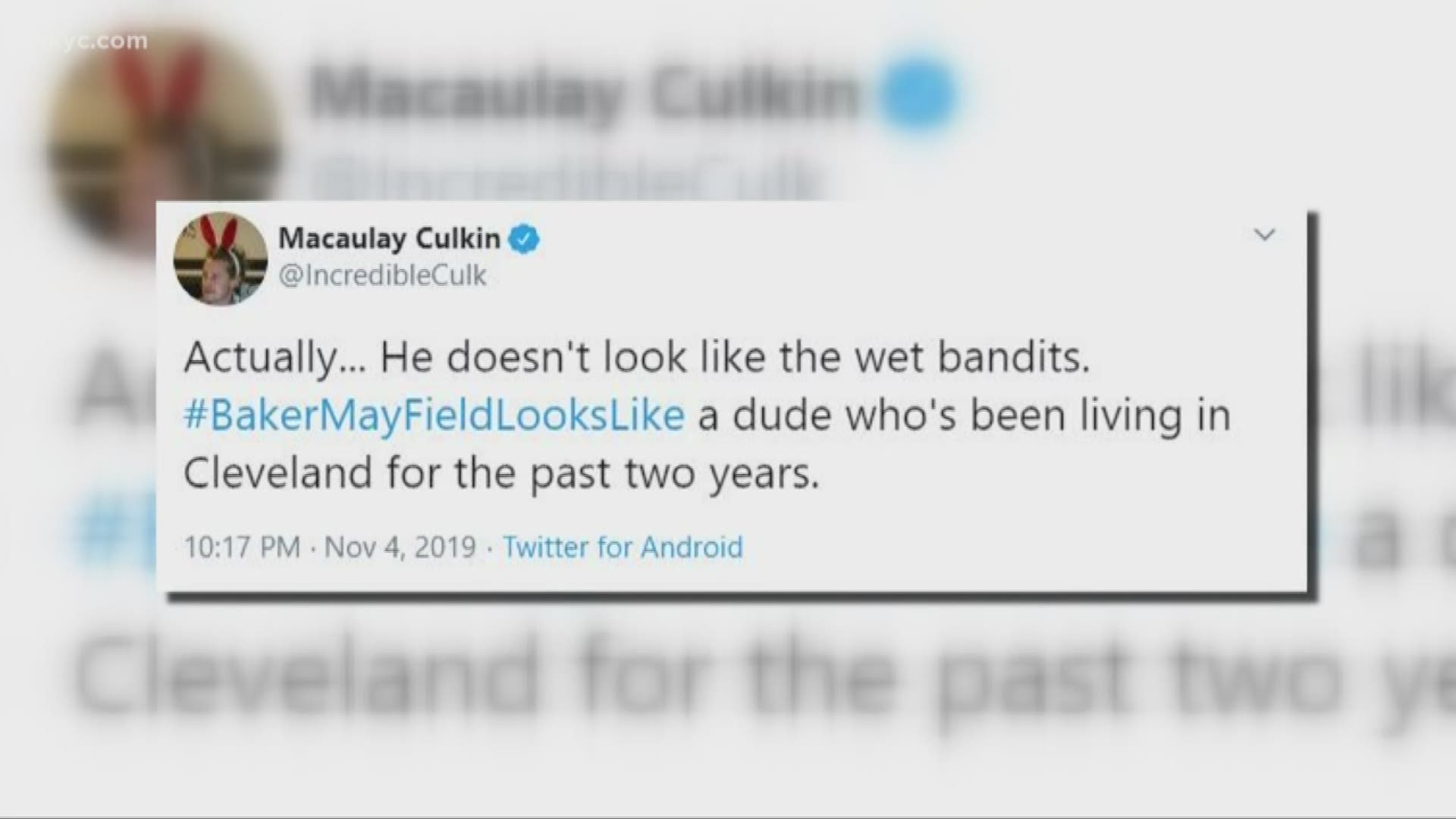 CLEVELAND — On Tuesday’s Lunch Break with Jay Crawford, we chewed over actor Macauley Culkin coming at the entire city of Cleveland on Twitter in a post aimed at Cleveland Browns quarterback Baker Mayfield.

On Monday night, Home Alone star Culkin wanted to make a different kind of statement, tweeting a stab at the people of The Land in reaction to someone saying that Cleveland Browns quarterback Baker Mayfield looked like one of the “Wet Bandits” robber characters from the film.

At first, Culkin made a joke and shared a picture of himself with a bucket of paint (like his character used in the movie to beat the robbers), writing: “I'm ready for you #BAKERMAYFIELD ... Come at me, bro.”

But then, Culkin followed it up writing: “Actually... He doesn't look like the wet bandits. #BakerMayFieldLooksLike a dude who's been living in Cleveland for the past two years.”

Not surprisingly, no one in Cleveland was happy about it.

Watch the video here, and catch the full episode in the player below.

Jay lunched with 3News’ Romney Smith and the two were joined by digital anchor Stephanie Haney.

RELATED: Fans react to the Cleveland Browns' release of safety Jermaine Whitehead after racist, violent tweets are posted from his account

RELATED: Should Ohio increase the driving age by six months?