Karli the muppet will deal with her mother going "away for a while" because "she had a grownup problem." 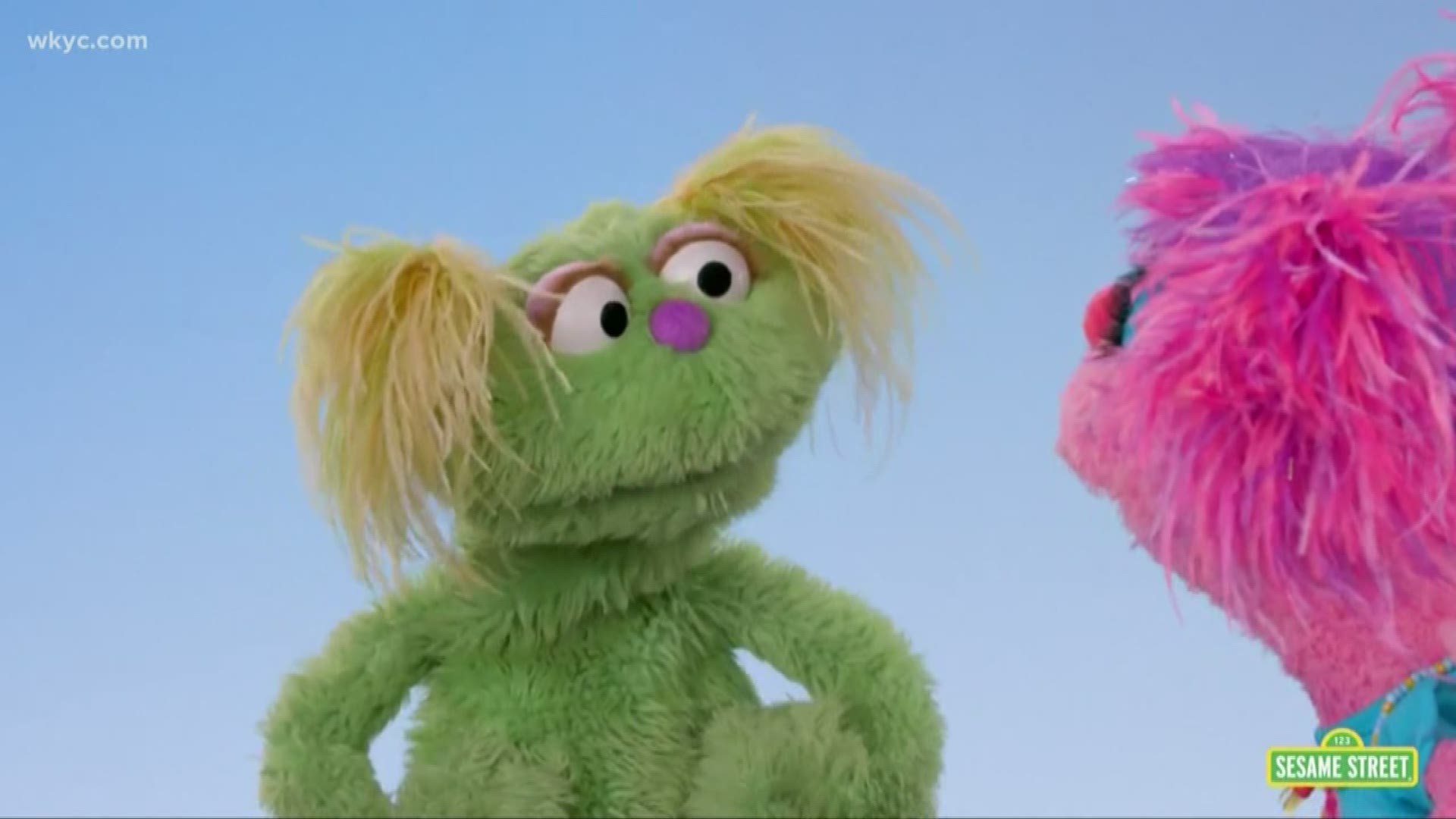 CLEVELAND — Sesame Street is introducing a new character named Karli, who was in foster care because her mother suffers from addiction, in an effort to introduce the topic of the opioid epidemic in a way that young children can understand it.

The show has said this is a topic that can't be ignored because nearly 6 million children under the age of 11 are affected by addiction.

Karli will be part of "Sesame Street in Communities," which is supplemental content that is free to providers, parents and caregivers

Jay Crawford and Hollie Strano talked with child and adolescent psychiatrist Dr. Luis Felipe Amunategui, PhD from University Hospital about whether this is the right move for Sesame Street, and he felt it was.

"It is always helpful to help kids talk about things that are outside of their control because it helps them manage their anxiety and fear associated with these things," Dr. Amunategui said.

"Since this is an epidemic, it's affecting all of us, even if the child is not directly affected it is helpful for the adults to see how to talk about this stuff with kids in a way that makes sense to them."

Watch the video to see what Jay and Hollie had to say about this topic. You can also watch the full episode below:

Lunch Break with Jay Crawford airs every Monday through Friday at 12 p.m. on 3News, and streams live on WKYC.com, YouTube, Facebook and on our 3News app.

Whether you're joining us online or watching on TV on Channel 3, you can tweet with us live during the show using #3lunchbreak.

RELATED: People type almost as fast on a smart phone as they do on keyboards, new study shows