The department did not provide any further details. 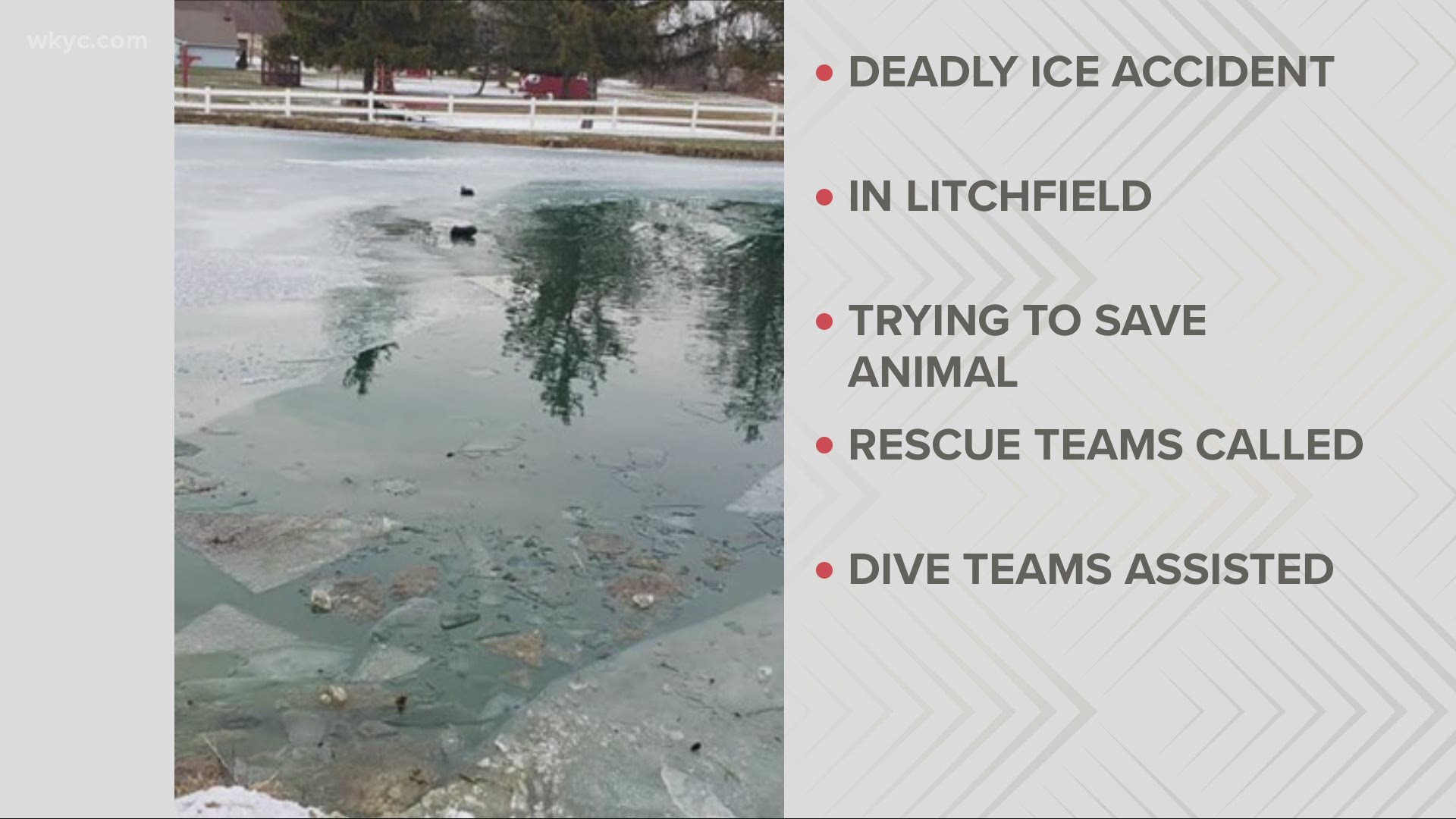 LITCHFIELD, Ohio — Litchfield Fire and Rescue Department is warning people to not attempt dangerous rescues involving ice-covered waters after one fatality was reported after an attempt to save an animal.

The department shared a message on its Facebook page after it encountered two different water rescues on Saturday.

RELATED: 17-year-old shot twice in the hand in University Heights

"It was a busy day throughout the county today," the post says.
"The county water rescue team, comprised of members from various departments through the county, had 2 ice rescues simultaneously. The Wayne County Dive team was called to assist with one of the calls."

The department wrote that it often sees water rescues when a person goes out on ice-covered waters following a pet or animal.

RELATED: LIVE BLOG | Snowy Sunday: What to expect in your area

"We can't stress enough DO NOT GO OUT ONTO THE ICE AFTER ANIMALS," Litchfield Fire and Rescue wrote. "There is no safe ice on ponds in the area. Unfortunately one of the rescues turned into a fatality."

Officials say that 911 should be called immediately in the case of an emergency.