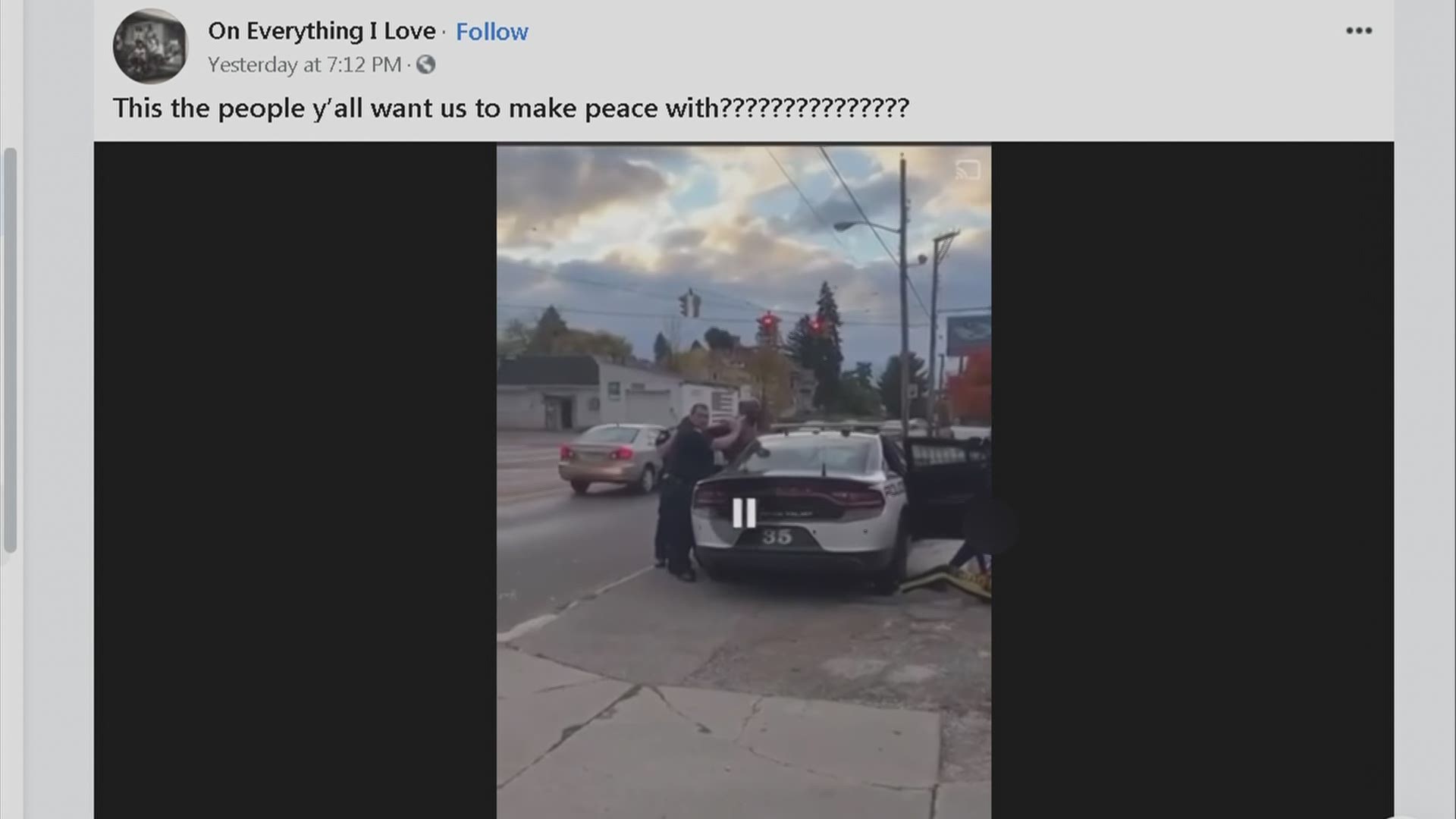 A Mansfield police officer was suspended for 60 days after an internal review found he violated the department's rules and regulations when he took a teen to the ground during an incident last week.

Mansfield police reviewed the incident that was caught on video and spread on social media.

The police department investigation said Officer Jordan Moore grabbed the teen's sweatshirt and took him to the ground "without warning or instruction to comply."

"Officer Moore’s response was found to be improper which resulted in the misapplication of force used on a person that was handcuffed, in custody and offering no resistance. From a review of audio/visual documentation, Mr. Chapman (adult arrestee) was resisting officer’s efforts to get him secured into the cruiser; however, there was no immediate need or emergency for Officer Moore to take the action of dragging his arrestee. While it was imperative that officers get Mr. Chapman into the cruiser, Officer Moore’s actions at the time did not necessitate an immediate, emergent response. Officer Moore should have maintained control of his arrestee. Up to the point the juvenile arrestee was dragged, the officers’ actions were found to be proper and within policy regarding the use of force."

Police were called to the scene because of a man, identified by police as Dwaine Chapman, allegedly threatening to have his dog attack his roommate.

A video taken by a bystander at the scene showed officers taking Chapman into custody. A report filed by Mansfield officers says Chapman was struggling with officers.

A teen can be seen in the video walking up to the cruiser. Officer Moore tackled the teen to the ground and dragged him around the cruiser.

The teen can be heard saying, "I'm not resisting," in the video. He was not charged and released to his family.