A spokesperson for the Kill Devil Hills Fire Department said the 16-bedroom house had 42 people in it at the time of the fire. 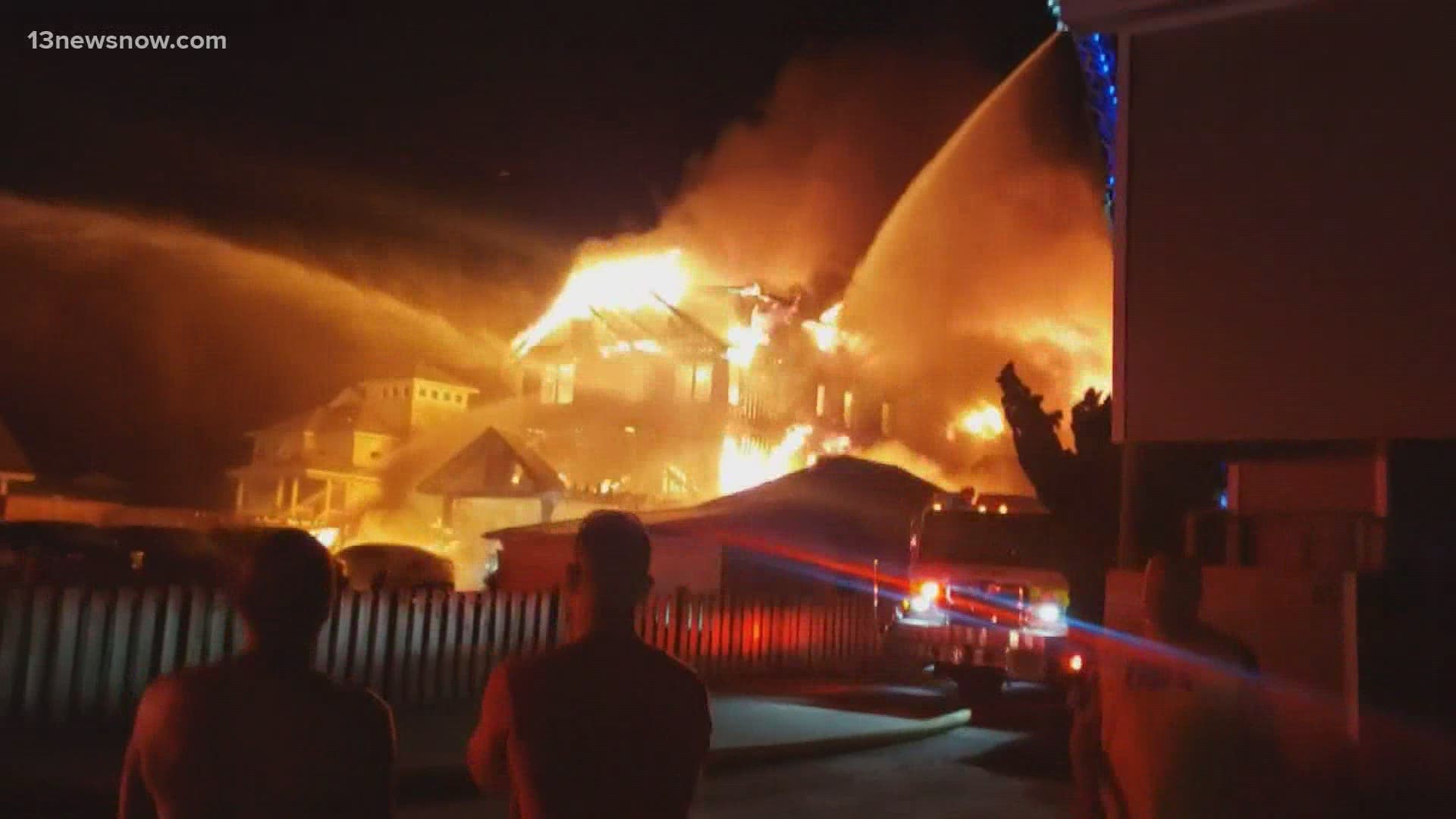 The Kill Devil Hills Fire Department said it went to the 2000 block of South Virginia Dare Trail Sunday, June 20, just before 4 a.m. after getting a call about flames seen at the front of the house.

According to a spokesperson, it was a 16-bedroom house and there were 42 people in it when the fire broke out. They had to evacuate.

After the first report came in, the fire alarm assignment got upgraded to a second alarm. This happened as a result of the heavy flames that were showing when the first crew arrived.

The spokesperson said there were four additional homes that also got damaged and the residents there had to relocate. The Fire Marshal for Kill Devil Hills told us later that he thought about 30 people were in those buildings.

Additionally, the pool house of the Marriot's TownPlace Suites was also burned from the fire.

Sheila Davies, who is the Dare County Health and Human Services Director and immediate past Mayor of Kill Devil Hills had a front row seat for the fire and had to evacuate her home while the fire was blazing.

"The huge rental house 2 houses away is gone, burned completely to the ground. Praying for our neighbors and all the renters in the houses beside us," she posted on Facebook.

Scary start to the morning...loud banging on our door telling us to evacuate at 4:00ish am ..thankfully we are ok and...

She also posted pictures of the aftermath:

Daylight view...by the grace of god, everyone escaped the huge rental house (which is completely gone now..just...

Firefighters said once the fire was under control, they noticed the home suffered serious damage. No one was injured from the incident.

The American Red Cross was at the scene, helping the residents with relocation.

The fire is currently under investigation by the Kill Devil Hills Fire Marshal and the Dare County Fire Marshal.