The 52-year-old was found after an hours-long manhunt. 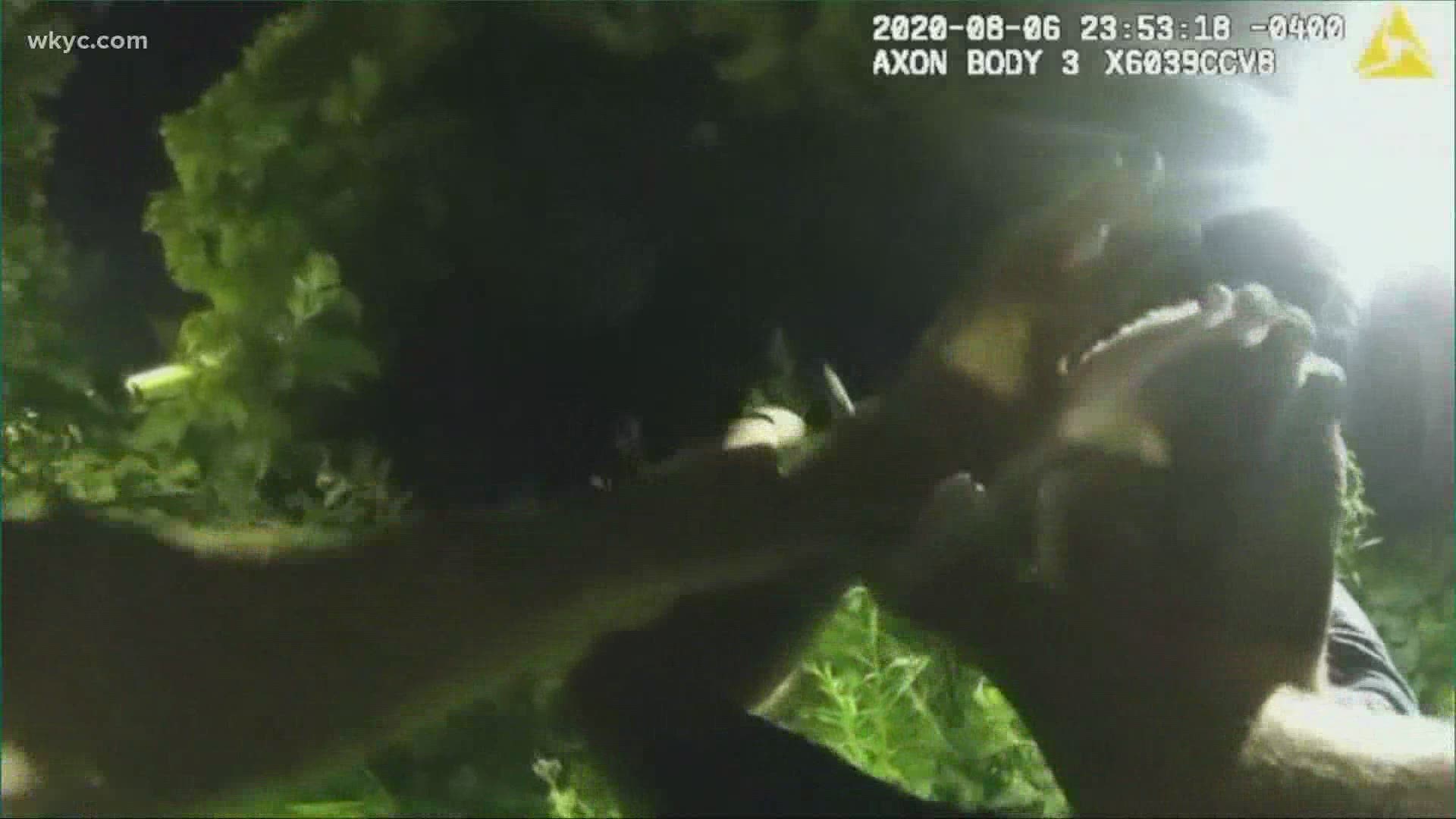 MEDINA, Ohio — Police in Medina have arrested the man wanted in the shooting death of two people.

According to the Medina Police Department's Facebook page, officers found two people dead inside a home in the 600 block of Lafayette on Thursday at approximately 4:30 p.m.

The suspect, identified as 52-year-old Robert Dick, was taken into custody after at around midnight after an hours-long manhunt.

The Wayne County Sheriff's Office confirmed Dick's truck was found in West Salem, but his whereabouts were initially unknown at the time. Residents of the village were urged to lock their own vehicles and homes.

Dick was apprehended in a wooded area. Officials released body cam footage of his capture: