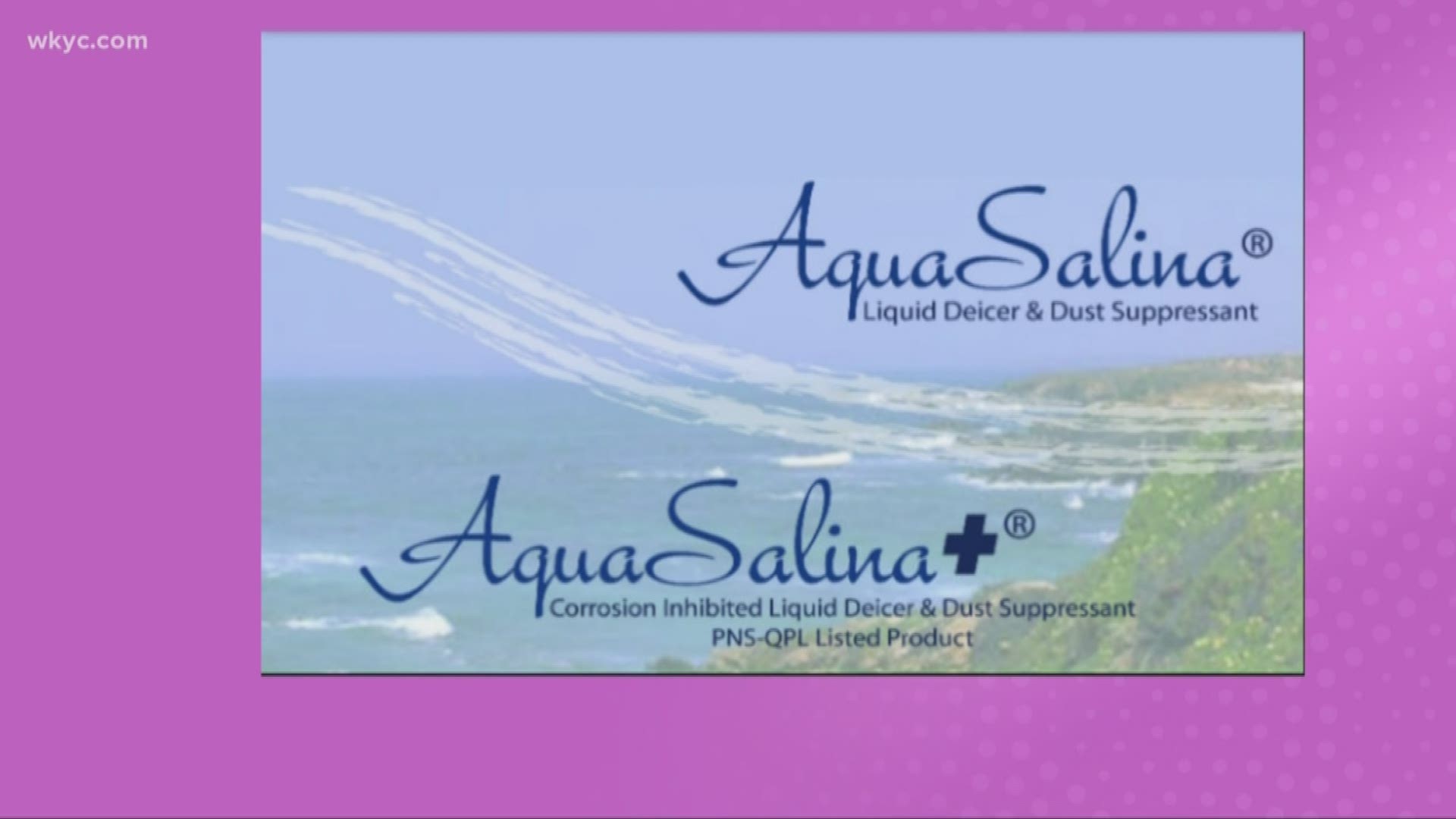 MEDINA, Ohio — A deicer known as “AquaSalina” is at the center of controversy in Medina.

Manufactured by Nature’s Own LLC out of Brecksville, it is alleged by a recent article in Rolling Stone to contain high levels of radium.

“We don’t need that in the water, in the agriculture, in the air we breathe,” she said. “That’s cancer-causing.”

To her gratitude this week, the council acted fast and suspended the use of AquaSalina, despite having plenty on hand.

“I was surprised, happy, but surprised. And I hope that other communities will follow suit because it’s our environment,” Jones said. “There are other products they can use.”

On Wednesday Dave Mansbery, president of Nature’s Own LLC, told 3News that the city’s move has only “spread hysteria,” and that he wishes they would have reached out to him first.

He also cited a study by the Ohio Department of Health which found the risk to be just “negligible” and maintains his product saves lives on cold nights.

AquaSalina is manufactured from the brine of oil and gas drilling, something its critics say should be kept in the ground.

Spokesman Matt Bruning tells 3 News that ODOT will continue to use AquaSalina when temperatures are below 19 degrees and “very sparingly.”

“We are not the experts on these claims, which is why we asked the agencies that are experts to weigh in,” Bruning said. “Their reports have concluded that using it as we do has a negligible impact on public health.”

You can read a 2017 report from the Ohio Department of Natural Resources about AquaSalina below: