The day was for Air Force veteran William Louis Wright. Although he died alone, his 'brothers and sisters' were at his side for a memorable service. 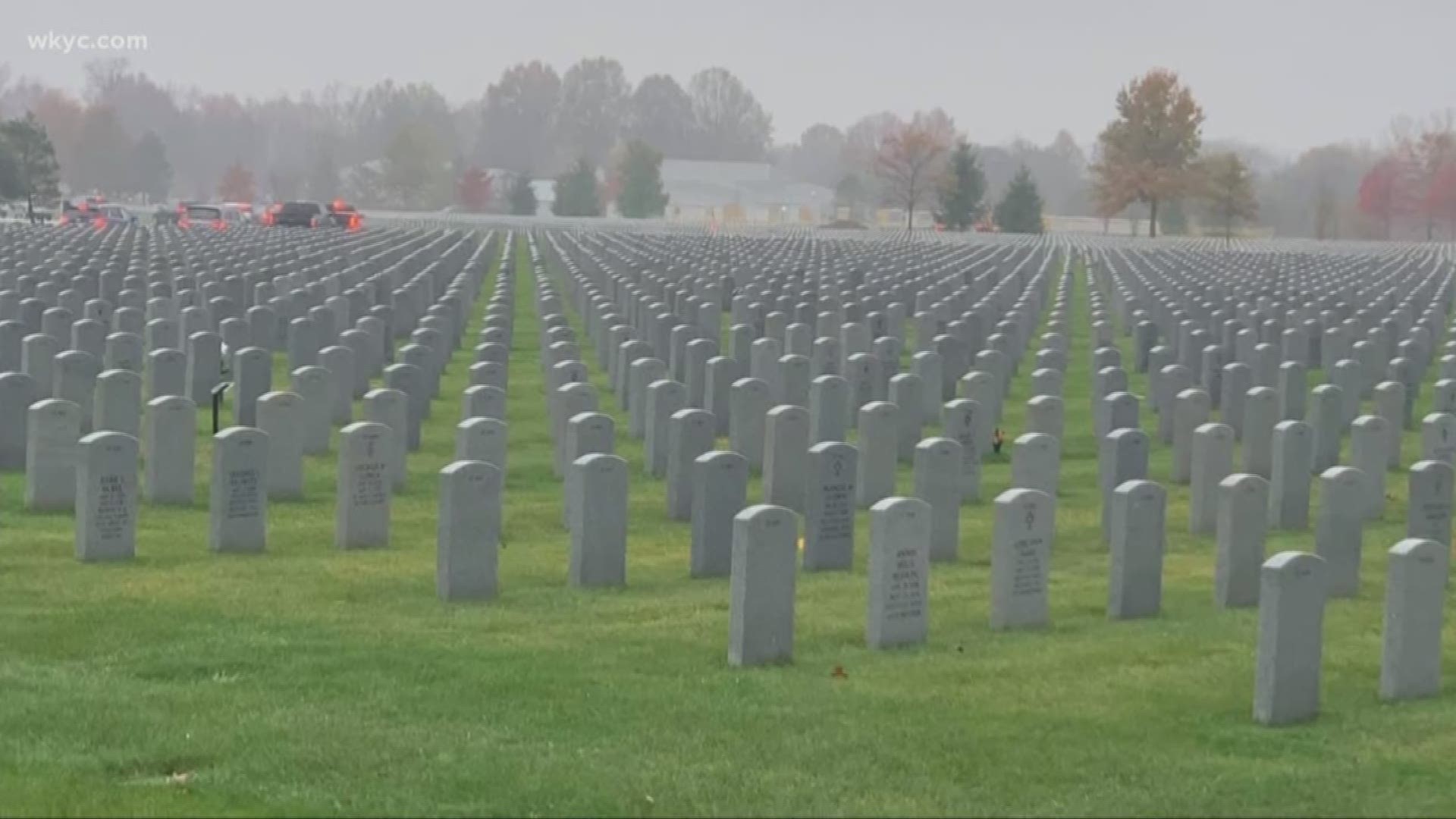 RITTMAN, Ohio — A veteran is laid to rest in the Ohio Western Reserve National Cemetery in Rittman almost every day.

Thursday's service was a special one.

Jim Brown is with Post 555 American Legion in Wooster. The "Triple Nickle" helps several posts with funeral arrangements for veterans. He contacted Legion Auxillary Unit Post 551 in Holmesville about a local man who died alone.

"He needed some brothers and sisters there," Brown told 3News.

"He (Brown) told me they were doing a funeral today for a Vietnam vet that had no family and if anybody would like to go, they would love to have people there," Marty says.

So she told Auxilliary President Donna Lemon-Weaver, who called local radio stations and mentioned that they needed people to adopt the fallen veteran by showing up at the Rittman National Cemetery to honor him.

And they did. Over 1600 people were there on Thursday, many of whom did not know the man's name. It was his service to the country that brought them out.

"I'm not going to lie. I cried," Lemon-Weaver told 3News. "And I felt proud because I started something from one person telling me that snowballed into something fantastic."

"It's sad because he doesn't realize how many people appreciate what he did," says Marty. "Well, maybe now. Maybe now he looked down and went, 'Wow, this is for me?'"

Yes, William Louis Wright, Air Force Veteran, this day was for you.

Thank you for your service and Rest Well, Sir.