A Cleveland man was killed on Tuesday as he struck a snow plow. 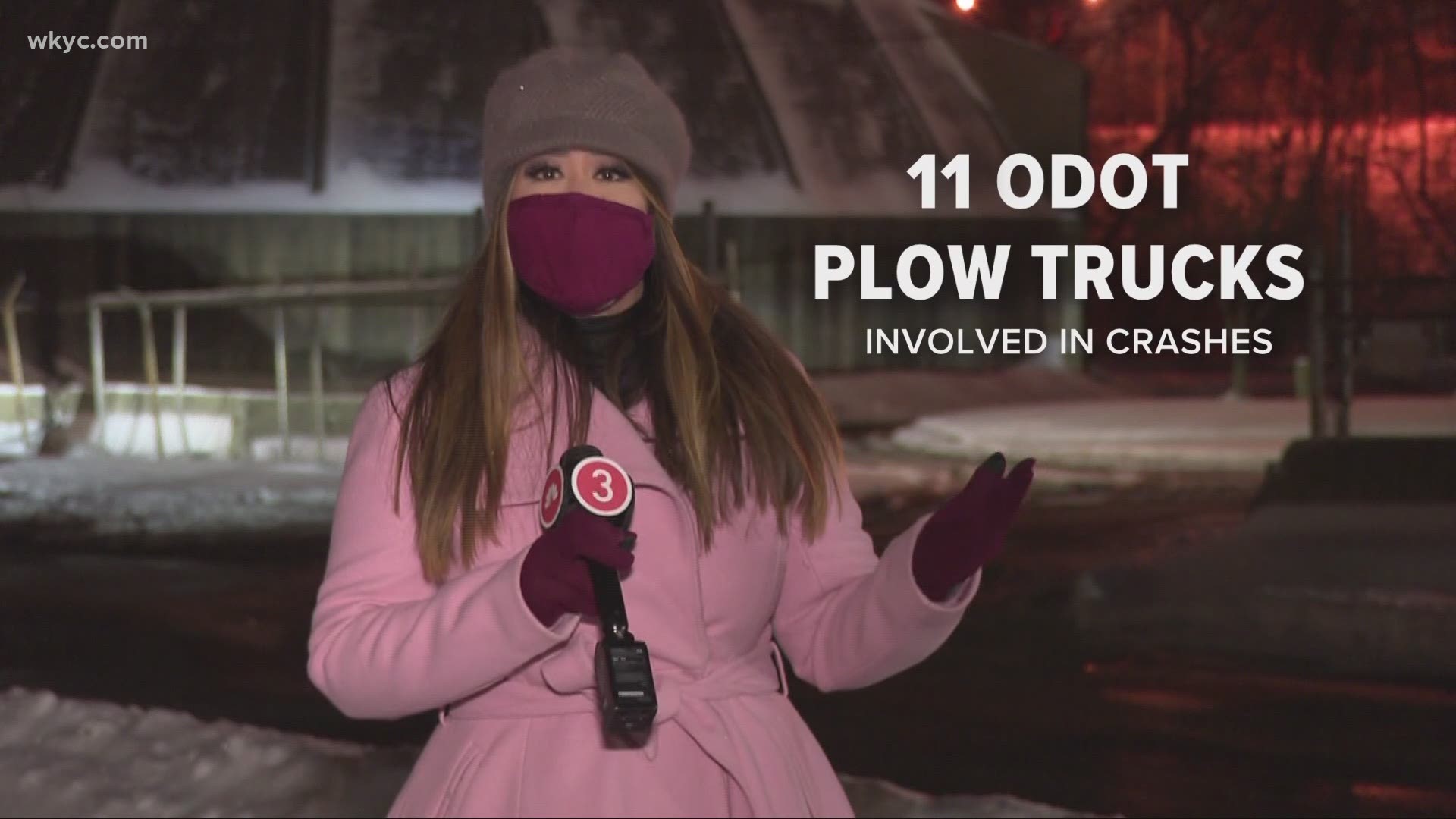 MEDINA COUNTY, Ohio — A Cleveland man is dead after striking an Ohio Department of Transportation (ODOT) truck on Tuesday morning.

According to Ohio state troopers, officers were called out from the Medina Post of the State Highway Patrol to investigate a two-vehicle crash on I-71 northbound near state Route 83 in Harrisville Township early this morning.

When troopers arrived on the scene,  they found a crash involving an ODOT snow plow truck and a 2019 Toyota Tacoma in the left lane of I-71. The truck was plowing snow in the left lane when it was hit from behind by the Toyota.

RELATED: How were the roads throughout Northeast Ohio after the winter storm? Checking on snowy streets

The Toyota driver has been identified as 71-year-old Joseph W. Wheeler of Cleveland. The driver of the ODOT plow was not hurt.

More than 1,200 trucks across the state's seven million miles of road are still dealing with the onslaught of snow. In the last two weeks, 11 ODOT plows have been involved in accidents, compared to just eight all of last winter.

Troopers want to remind drivers to be extra careful when driving on snow and ice-covered roads. Motorists should allow extra driving time and maintain a safe distance between their vehicle and the vehicle ahead, especially when plows are on the road clearing ice and snow.

When it comes to driving near plows themselves, everyday vehicles are advised to keep a distance of at least 10 car lengths. Also, remember to pass slowly, because plow drivers want everyone to make it home safely.

"Our snow plows are very heavy, they're very sturdy," ODOT Director Jack Marchbanks said Tuesday. "If you hit a snow plow, you and you vehicle will be the ones to come out the worst for it."

RELATED: FORECAST | Tracking another round of snow later this week