Newswatch 16's Courtney Harrison spoke to area officials and neighbors who are worried about the spill's lasting effects on the environment. 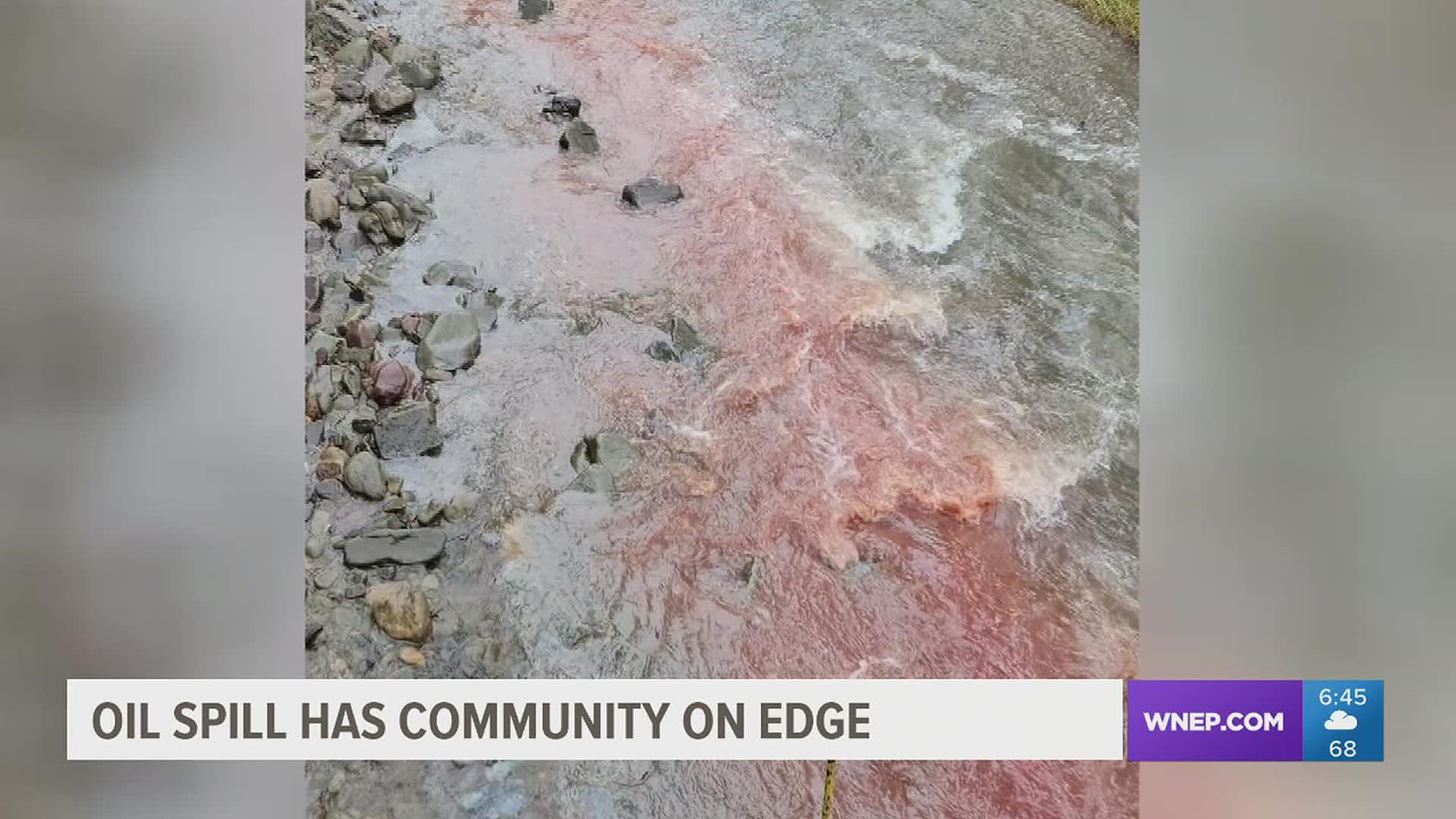 TANNERSVILLE, Va. — Heating oil was first discovered in the Swiftwater Creek in Pocono Township near Tannersville on August 24. People who live near the creek smelled the strong odor and saw the oil in the water.

Sanofi Pasteur, a pharmaceutical company, has water testing equipment in the creek and also identified the leak, tracing it back to the Pocono Mountain School District.

Heavy rains had pushed oil out of a school's heating oil tank and into storm drains. Booms to catch the fuel were put into the creek to clean it up.

Then Ida hit. The DEP says two more dumps of oil have been detected in the creek, estimating about 100 to 150 gallons of oil each time, leaving township officials and neighbors frustrated.

"Right around 11 o'clock, a third dump happened where the entire stream just turned red. We were flabbergasted because it's an old effluent pipe. It's 52 years old and was supposed to be capped off, but where is the water coming from, and why is it coming in sudden dumps?" said Jerrod Belvin, Pocono Township's EMA director.

Kelly Redmond lives in the Ski Haven neighborhood and sees the creek from her front porch. She says the smell of the oil was horrendous and can't understand how this could have happened.

"It's been a nightmare, it really has, and I'm just worried about the environment and clean water and what are we going to do. This isn't acceptable at the same time."

People who live near Swiftwater Creek say they're glad that something is being done to clean it up, but they worry about the long-term effects of the oil spill.

"The wildlife, even my own dogs and us, our drinking water," Redmond said. "What's going to happen?"

Officials with the Pocono Mountain School District say they have hired an independent environmental firm to determine how much fuel was leaked and the next steps to fix this mess.

"Just the concentration levels, there's no way this could've been any kind of residual issue at this point," Belvin said.

DEP officials issued a notice of violation to the Pocono Mountain School District for the oil spill and are still investigating.