More Americans identify as LGBTQ than ever before

New Gallup poll found that 5.6 percent of Americans identify as LGBTQ, and 15.9 percent of the Gen Z population identify as something other than heterosexual. 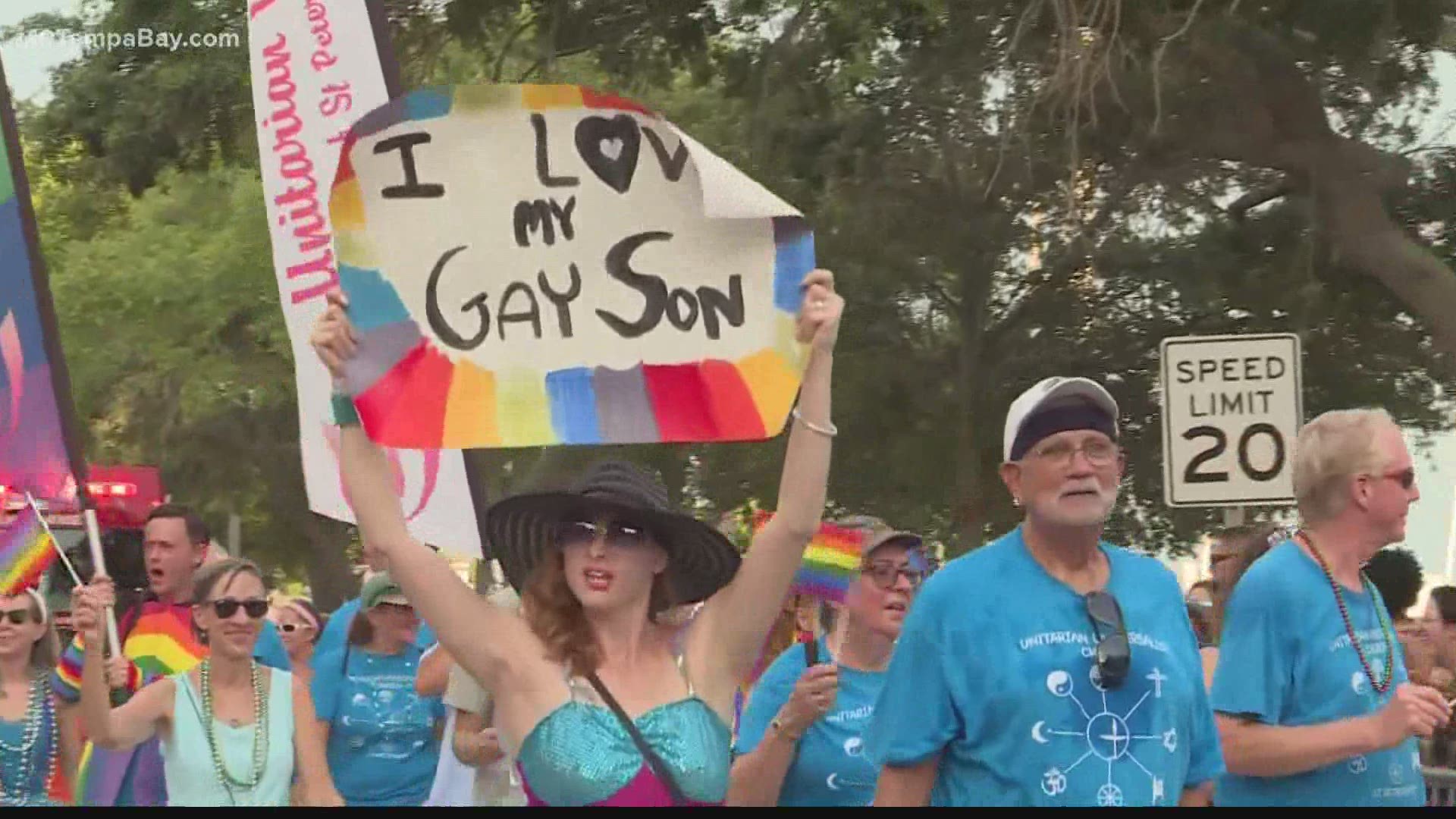 TAMPA, Fla. — More Americans than ever before are identifying as LGBTQ.

A new Gallup poll released Wednesday showed that 5.6 percent of Americans identify as LGBTQ. That is up from just 3.5 percent in 2012.

And when you look at specific groups, Gen Z takes the lead with 15.9 percent identifying as something other than heterosexual.

For local leaders in the LGBTQ community, like Nathan Bruemmer, president of St Pete Pride, the shift is remarkable.

"I didn't find my voice until I was a whole lot older," said Bruemmer.

But younger LGBTQ people, like Elliott Darrow, are not only proud of Gen Z, they are also part of it.

"It also helps them feel like LGBTQ is normal. Because being LGBTQ is normal. People just make it feel like it's not," said Darrow. "And I feel like as time goes on and more people are understanding of the LGBTQ community and have had a little education on it, it's become a lot easier because people just accept you for who you are."

Both agree that more still needs to be done, but that we are also on the right path.

"The Equality Act would sort of get us there," said Bruemmer. "But we're living our truth. And our whole selves every day with greater occurrence, which is great. It's a beautiful thing for sure."

The Equality Act was released on Thursday. The bill would not allow LGBTQ discrimination in employment, education, housing, and more. It is supported by President Biden and could be voted on this week.