Not one member of the voting body is Black. What's more, the group hasn't had a Black member in 20 years. 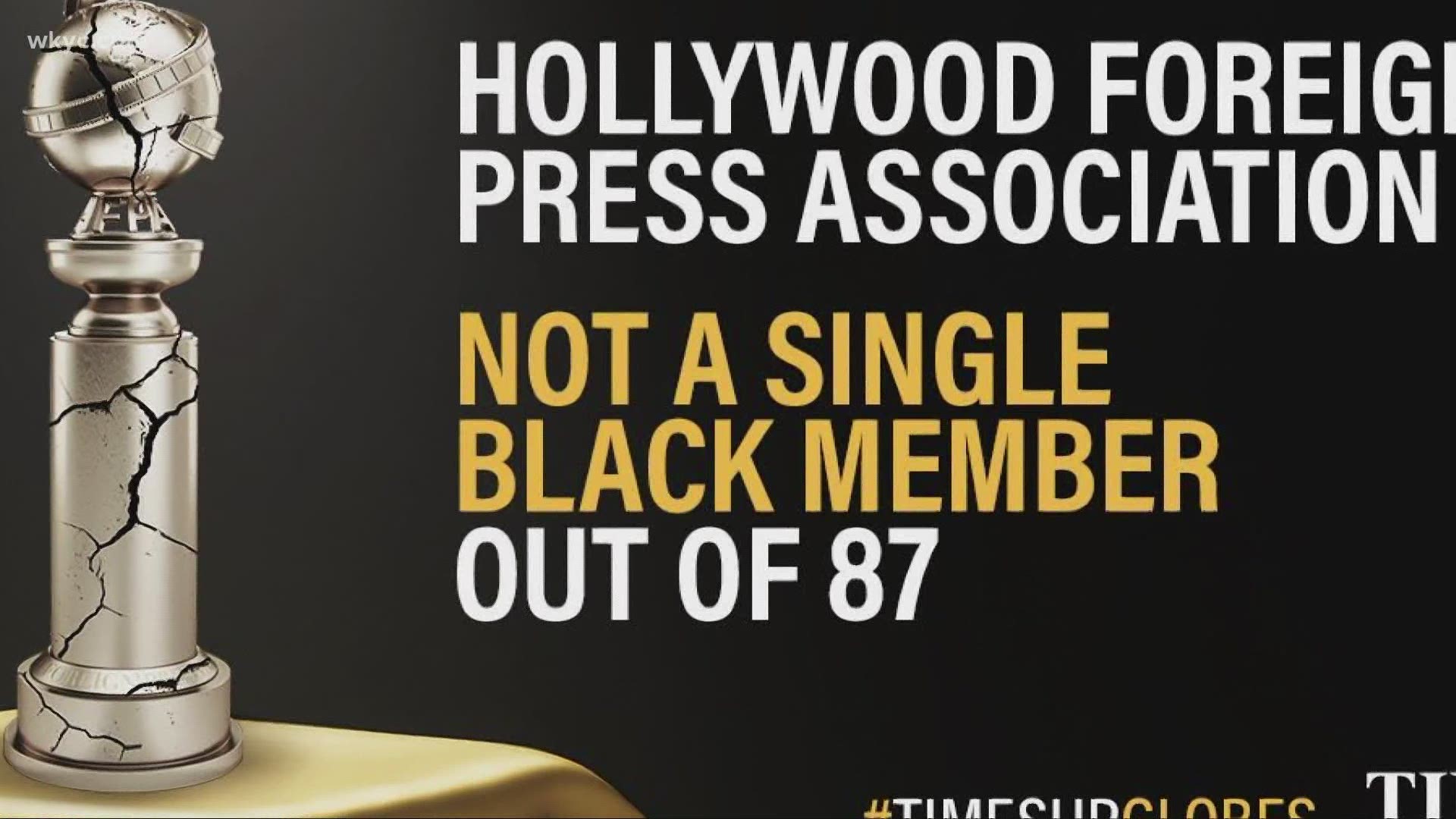 CLEVELAND — A big night for Hollywood comes with a big wave of criticism when it comes to diversity.

Turns out, the Hollywood Foreign Press Association, which votes for the Golden Globes, does not have a single Black member. What is more, the organization has not had a Black member for at least 20 years.

This weekend, the not-for-profit “Times Up” posted an image of a cracked Golden Globe statue on their social media pages.

It included the message “Hollywood Foreign Press Association. Not a single Black member out of 87.”

The organization captioned the post, “A cosmetic fix isn’t enough” with the hashtag #TimesUpGlobes. Several celebrities since shared it, including Judd Apatow, Sterling K. Brown, and Kerry Washington.

Locally, the arts community also weighed in with the message “enough is enough.”

“We should really seize this moment,” said Tony Sias, President and CEO of Karamu House. “It’s great that the conversations are happening, it’s great that these are times that people can self-correct and make actionable steps towards change…I’m optimistic that as a result of this being a conversation here in 2021, by the time we get to 2022, there will be a better, a different conversation with more inclusion at the table.”

“We’ve contributed so much over the years to building culture, overall culture, so Black culture has been important, it’s been huge,” said Donna Dabbs, who leads the Greater Cleveland Urban Film Commission. “To be skipped or looked over and not represented appropriately in these institutions is just really appalling, although not shocking.”

The Hollywood Foreign Press Association posted a statement in response to the criticism.

It read, “We are fully committed to ensuring our membership is reflective of the communities around the world who love film, tv, and the artists inspiring and educating them. We understand that we need to bring in Black members as well as members from other underrepresented backgrounds, and we will immediately work to implement an action plan to achieve these goals as soon as possible.”

There will be an acknowledgment of the situation during the awards on Sunday night.

“It’s just sort of like the #OscarsSoWhite campaign that happened before…they shined a lot on the fact there wasn’t proper representation in that institution as well,” said Donna Dabbs, who is also optimistic that by this time next year, ground can be made up.