A local family celebrates Mother's Day with a little more meaning after their roller coaster journey. 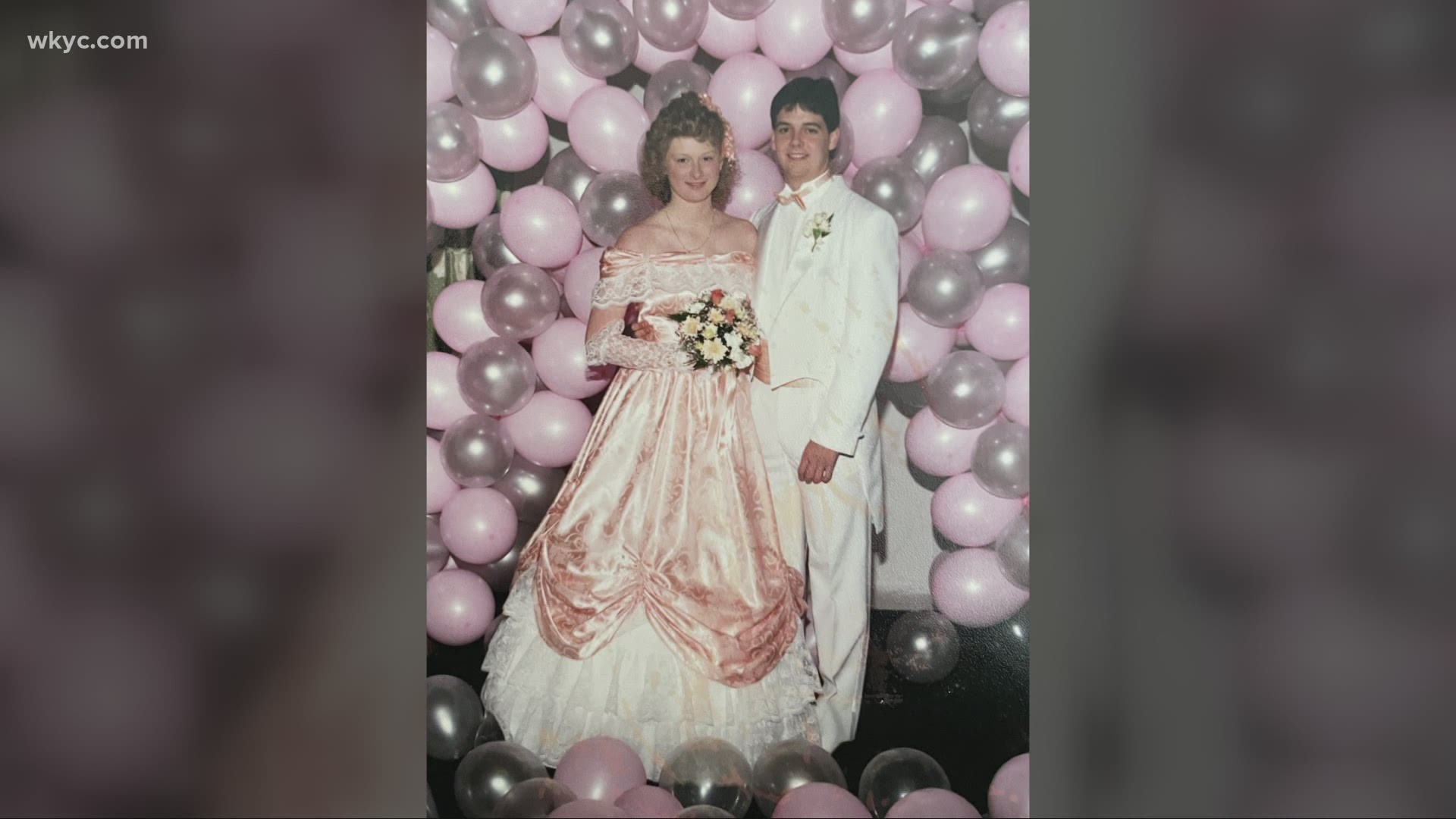 SHADYSIDE, Ohio — As many are gathering, phoning or zooming with their mothers to celebrate Mother's Day, for one local family, the holiday has taken on a very special meaning.

“Like any small town, it was very close knit,” says Denise Bell. “Everyone knew exactly what I was doing before I even did anything.”

Bell grew up in Shadyside, Ohio. She had a relatively normal childhood filled with school dances and playing the underscore for the Tiger’s sporting events.

“Sports are a huge part of life down here,” says Denise.

That normal childhood was quickly abrupted when Denise had a cardiac arrest in her high school gym her freshman year.

Denise says, “They diagnosed the hypertrophic cardiomyopathy at that point and put me on medicines which normally controls it, but for me it didn’t.”

Hypertrophic cardiomyopathy (HCM), is a condition that causes a thickening of the heart. It can eventually wear down the organ and can cause life-threatening issues.

“The heart is like a slingshot, so when the heart becomes stiffer, it has a harder time ejecting blood and filling blood,” says Dr. Wilson Tang, Research Director for Heart Failure and Transplant at Cleveland Clinic.

By the time Denise turned 17 years old, she had experienced 14 heart attacks and had to have a defibrillator implanted.

“It was definitely always there, but I still wanted to be normal,” says Denise.

She and her high school sweetheart, now husband, Brad, moved to Tallmadge but were told starting a family would be out of the question.

“There’s an abnormal gene that passes from generation to generation,” says Dr. Tang.

Denise says, “We got married thinking that we wouldn’t be allowed to have children.”

As the science progressed, Denise and Brad were told they could conceive if they wished. However, there was a chance their child would also have HCM. So, when their daughter Ashton was born, doctors kept a close eye on her heart.

“I was the only one in my family who had ever manifested it,” says Denise. “So, we weren’t sure, but were praying that she didn’t get it.”

“They had watched me for symptoms that my mom would have,” says Ashton Bell. “I was asymptomatic  so it was more just monitoring to be safe.”

All in all, it was another relatively normal childhood, just like her mother. Ashton went to dances and played sports. Then in her freshman year, exactly 34 years almost to the day from Denise’s first cardiac arrest, Ashton collapsed.

Luckily, they’re both doing well now. Denise had a successful heart transplant in 2019 and Ashton had a much more state of the art defibrillator implanted. As Mother’s Day approaches, Denise and Ashton celebrate with a little more fervor and meaning than most. They mark the holiday as a mother that didn’t think she’d be able to be one and a daughter that shares more with her mother than many. They both have the same heart, condition.

“Obviously, having the heart condition did bond us but no matter what, she’s always been my best friend,” says Ashton. “I mean, she’s my everything.”