Vigil to be held for drowning victim Ally Sidloski, Strongsville native and Cincinnati student, on Thursday

A candlelight vigil will be held for Strongsville native Ally Sidloski at 8 p.m. on Thursday night. 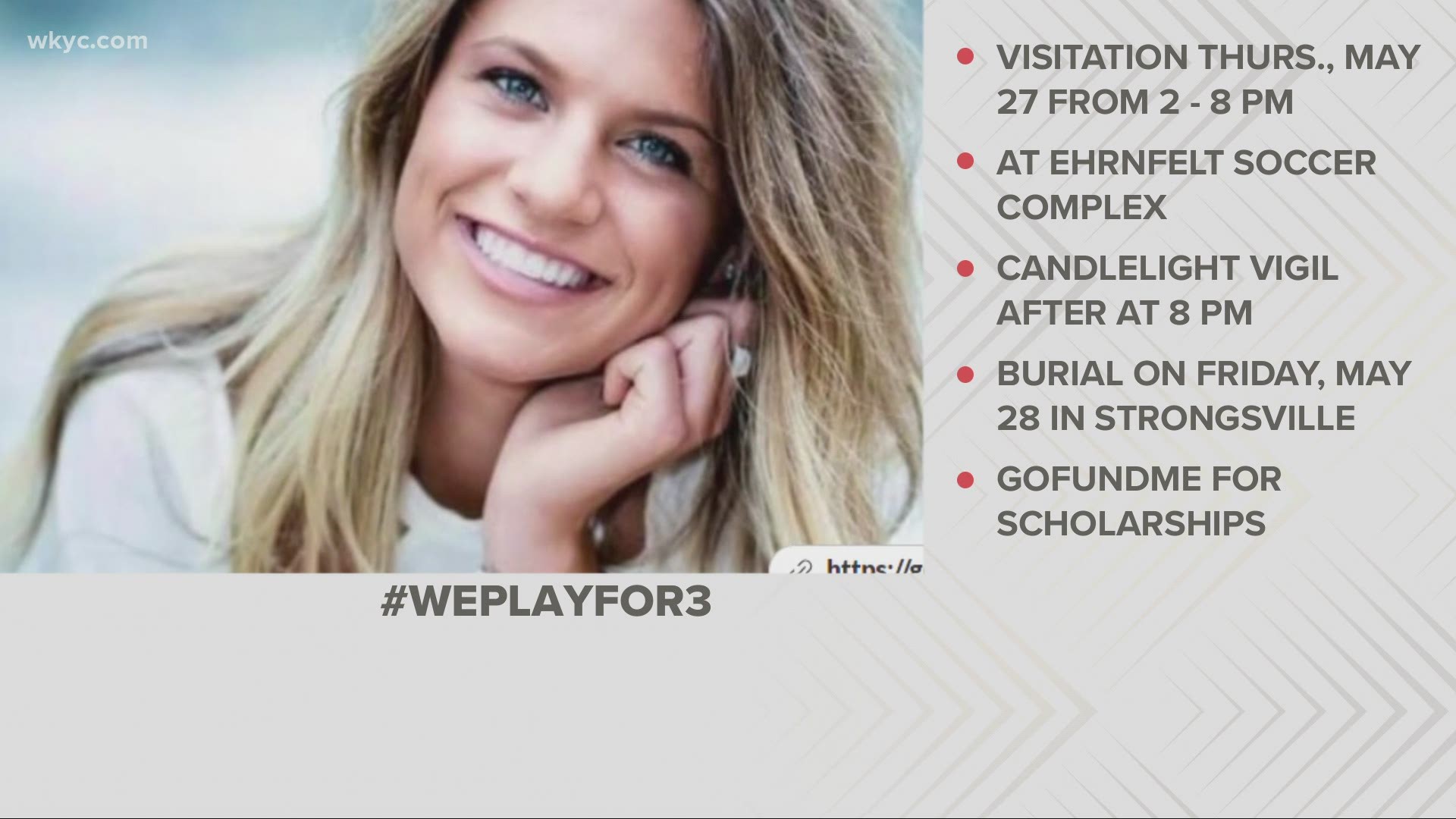 STRONGSVILLE, Ohio — Editor's note: the video in the player above is from a previous story.

A candlelight vigil will be held on Thursday night for 21-year-old Ally Sidloski, the Strongsville native and University of Cincinnati soccer player who died in a drowning accident earlier this week.

The vigil will take place at 8 p.m. following a visitation service at the Ehrnfelt Soccer Complex-Folt Fields in Strongsville. It will be streamed live via WKYC.com, the WKYC YouTube page and WKYC's Facebook page.

Ally's death came as the result of a drowning incident on East Fork Lake on Saturday. The Ohio Department of Natural Resources said Sidloski was last seen hanging onto the swim platform of a boat before disappearing into the water, according to WLWT in Cincinnati. She had not been wearing a life jacket.

Prior to enrolling at UC, Ally was a four-year player on the Strongsville High School soccer team and a three-time All-Greater Cleveland Conference Selection. She was a standout in the classroom at UC, being named a TopCat scholar in multiple semesters for achieving a 4.0 GPA.

"I am absolutely crushed for the Sidloski Family, our soccer team and the University," Bearcats head coach Neil Stafford said. "There's no words for dealing with a tragedy on this scale. Ally was such a pillar of everything that's right about our program. A great student, gritty and resilient player and a phenomenal human being – this is an immeasurable and unspeakable loss. Our hearts go out to her family and friends and we will lift them up with our fond memories of Ally."