The 11-year-old South Euclid native won season 2 of the reality competition show last year, now he has his sights set on even bigger dreams 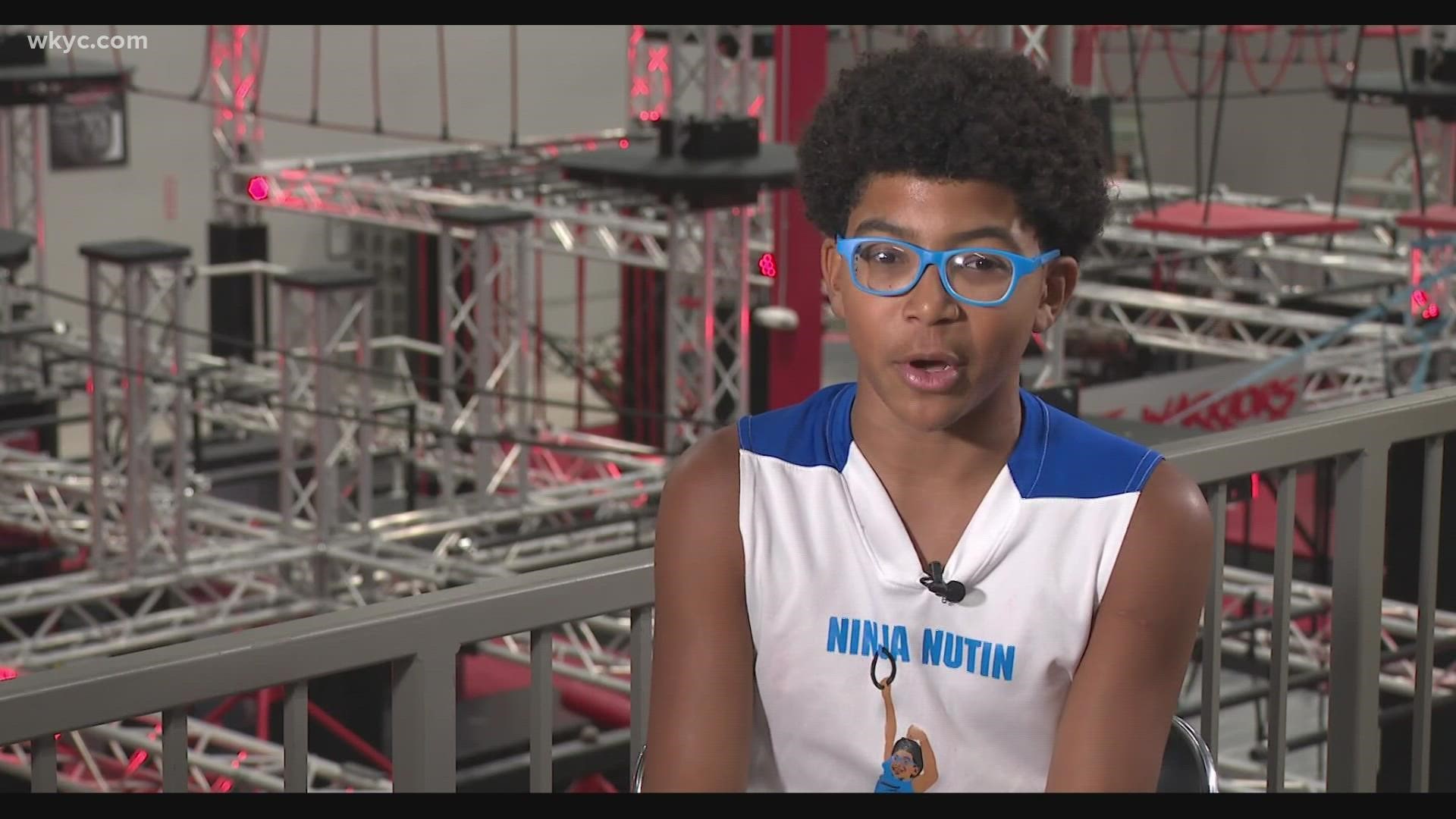 SOUTH EUCLID, Ohio — I met a superhero the other day. A young man with the ability to fly. A South Euclid native, a record-breaker, and most importantly a bright future.; 11-year-old Nathanael Honvou won NBC's "American Ninja Warrior Jr." last year, showing off his skills on the national stage.

"My middle name is Nutin," Nathanael told me in a recent interview at Adrenaline Monkey in Warrensville Heights. "And it's my middle African name and it means extraordinary."

And extraordinary explains the 11-year-old perfectly. At just six years old, Nathaniel broke his first world record for running. After that win, Nathaniel continued to dominate his field -- but his beginnings with athleticism started in a very organic way.

"I just used to climb on everything in our house when I was little so my mom put me in gymnastics and I really liked it and I stuck with it for five years," he said. "Gymnasts are usually really good ninjas because they have the grip strength and the upper body strength to do it so I was kind of just naturally good."

And his natural talent wouldn't have been realized without his mother Aria who saw potential in him early.

"He's just always been really active we grew up in my family doing competitive sports so it wasn't anything foreign to put him in something," she explained. "I just thought, I've got to get this energy out of him you know, in some kind of way."

And after five years of gymnastics, the call to be a ninja changed Nathanael's life.

"In 2017, they had American Ninja Warrior--the adult show-- coming to Cleveland so I went to a fan fest thing there," he recalled. "And I really liked the sport so I was like hey, I want to try this. So I went to my first competition, I broke my finger, and I came in first."

But he didn't stop after breaking the record to be the youngest kid to scale the 14-foot wall. Nathanael continued to scale even bigger heights, winning the UNAA world championship. He also went on to win the second season of "American Ninja Warrior Junior" for his age group.

"In 10 or 15 years, I would definitely want to be on the adult show, that's one of my goals," Nathanael said. "And I hope I get there because that would be amazing to run on an even bigger course with even bigger stakes on the line."

But Nathanael makes it clear - his dreams don't end there.

"I'm definitely looking towards the Olympics and I know that Ninja isn't in it yet but I really hope that it will be in the future and I'll definitely try to get there the best I can."

"Every parent wants their child to grow up, be happy, be productive, give back to the community," his mom Aria said. "And the fact that he can get that now being so young...I can't wait to see what his future holds."

With new opportunities on the table and a bright future to cross, Nathanael has certainly made a believer out of me.