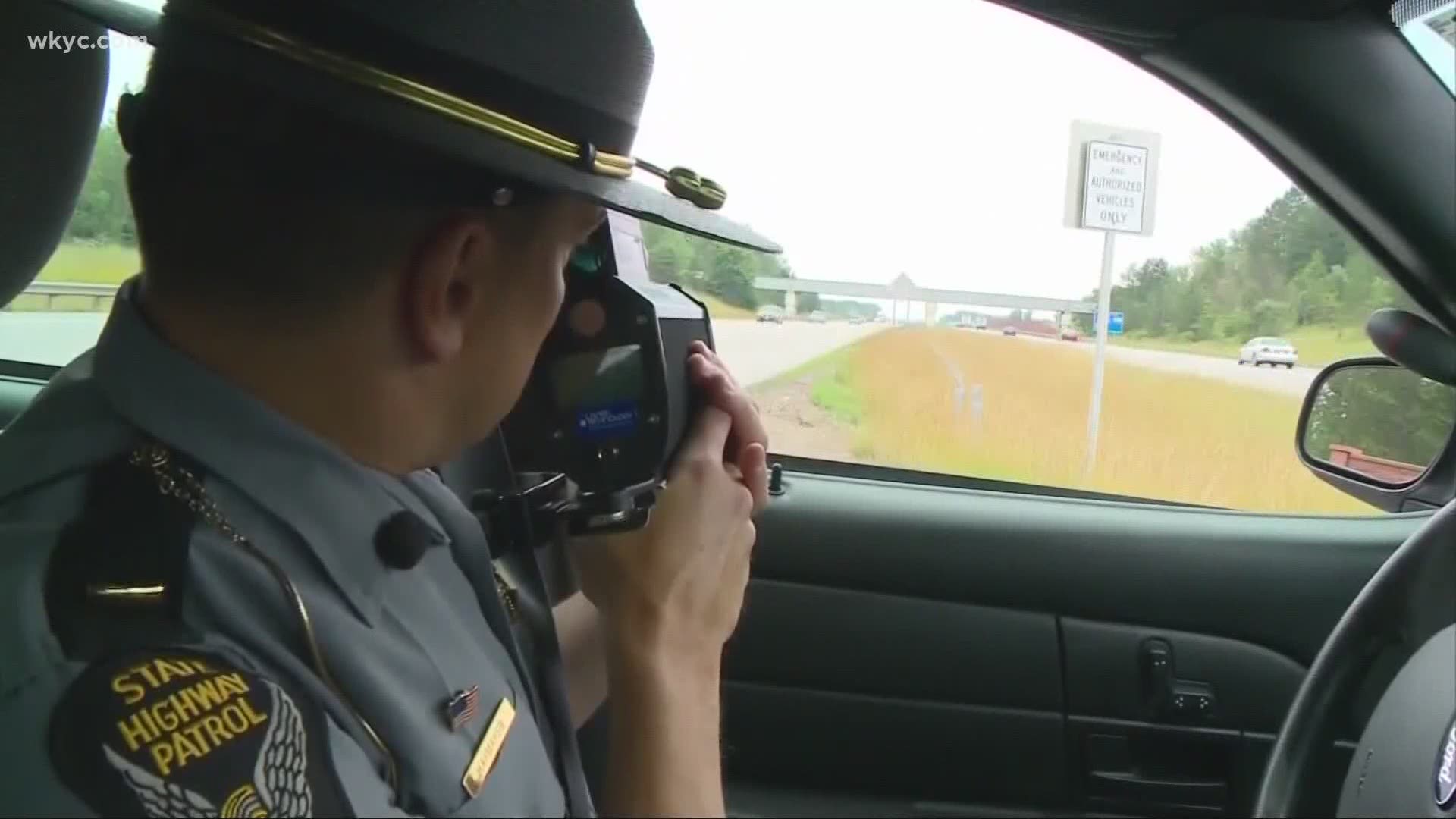 CLEVELAND — It’s no surprise that some Ohio drivers speed. What is surprising is that speed-related accidents maintained similar numbers during the pandemic when fewer people were driving.

“During COVID times, the vehicular traffic that was on the roadways did seem to be moving a little faster than normal,” says Sgt. Santiago.

According to a map released on Tuesday by the Ohio State Highway Patrol, in Northeast Ohio, deadly traffic crashes are on the rise. So far in 2021, there have been 422 deadly crashes, compared to 324 this same time in 2020.

“Cuyahoga County has the dubious distinction of leading the state in speed related crashes since 2019. There’s 7,354 crashes,” says Sgt. Santiago.

Ohio State Highway Patrol is stepping up ticketing, issuing more than 31,000 speeding tickets in March of this year and more than 26,000 in April.

“We are taking enforcement action and those numbers are above even the enforcement numbers from 2019, so we are out there trying to address the issue,” says Sgt. Santiago.

Matt Bruning, ODOT Press Secretary says state agencies like the Ohio Department of Transportation are working with OSHP to ask drivers to obey the law to save lives.

“If you just focus on the road ahead, you slow down, you drop the distractions, you drive sober and you buckle up, we feel like you’re going to end the trip safely every time,” says Bruning.

The Highway Patrol tells 3News when it comes to speeders, they’ve heard every excuse possible, and say not one is good enough tell a grieving family during a death notification.