Do you have what it takes to make our community a better place? 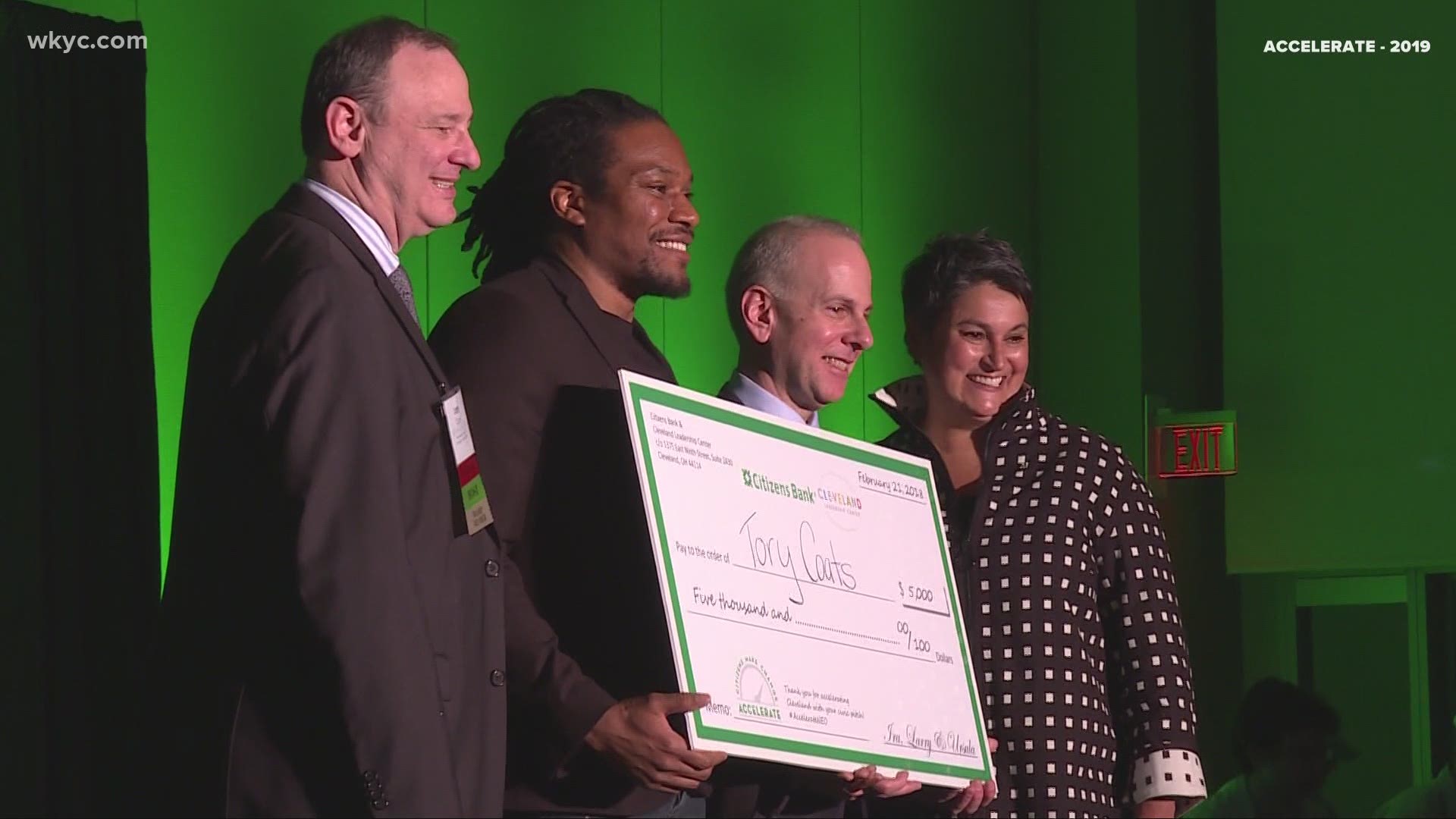 CLEVELAND — What would it take to make Northeast Ohio a better place? Every year, citizens have a chance to pitch their ideas, and win money to make that happen. This year is no exception, and that vision for a stronger region, may be needed now, more than ever before.

When restaurants fully reopen, workers return to office buildings, and visitors plan new trips to Cleveland, what will it take for Northeast Ohio to be better than it was before?

Accelerate is Cleveland’s pitch competition, now in its 7th year, and undaunted by COVID-19.

Many of Accelerate’s past presenters and finalists are still going strong. That includes innovators like Shana Black, who wowed judges at the finals in February, with her idea of ‘Cle 4 Me’ a service which provides a soulful presentation of our city.

“It’s a tour company of Cleveland. The idea, that from previous work, a lot of African Americans come to town looking for something to do and they can’t find something from them. And whether you are black or white, some things are just uniquely Cleveland, but sometimes you just want to see a face that looks like yours,” said Shana.

In addition to cash prizes, Accelerate winners and finalists get invaluable support and connections to make their dreams a reality.

But to take that first step, you must enter the competition. The deadline is Friday, December 4th, 2020.

“Anybody can do it. We have had young people who have made it to the finals. As young as 10! had We’ve had senior citizens. Who've watched a whole lot happened in their lifetimes. And now they're finally stepping forward to say, ‘Hey, I want to be a part of the change,’” said Crosley.

A positive change that our community is ready to embrace as we face a future, ready to be written.

CHECK OUT: CLE 4 Me Tours

Editor's Note: The below story aired in February of 2020