A lack of counselors at schools in Northeast Ohio and across the country could have a major impact on the well-being and safety of children. 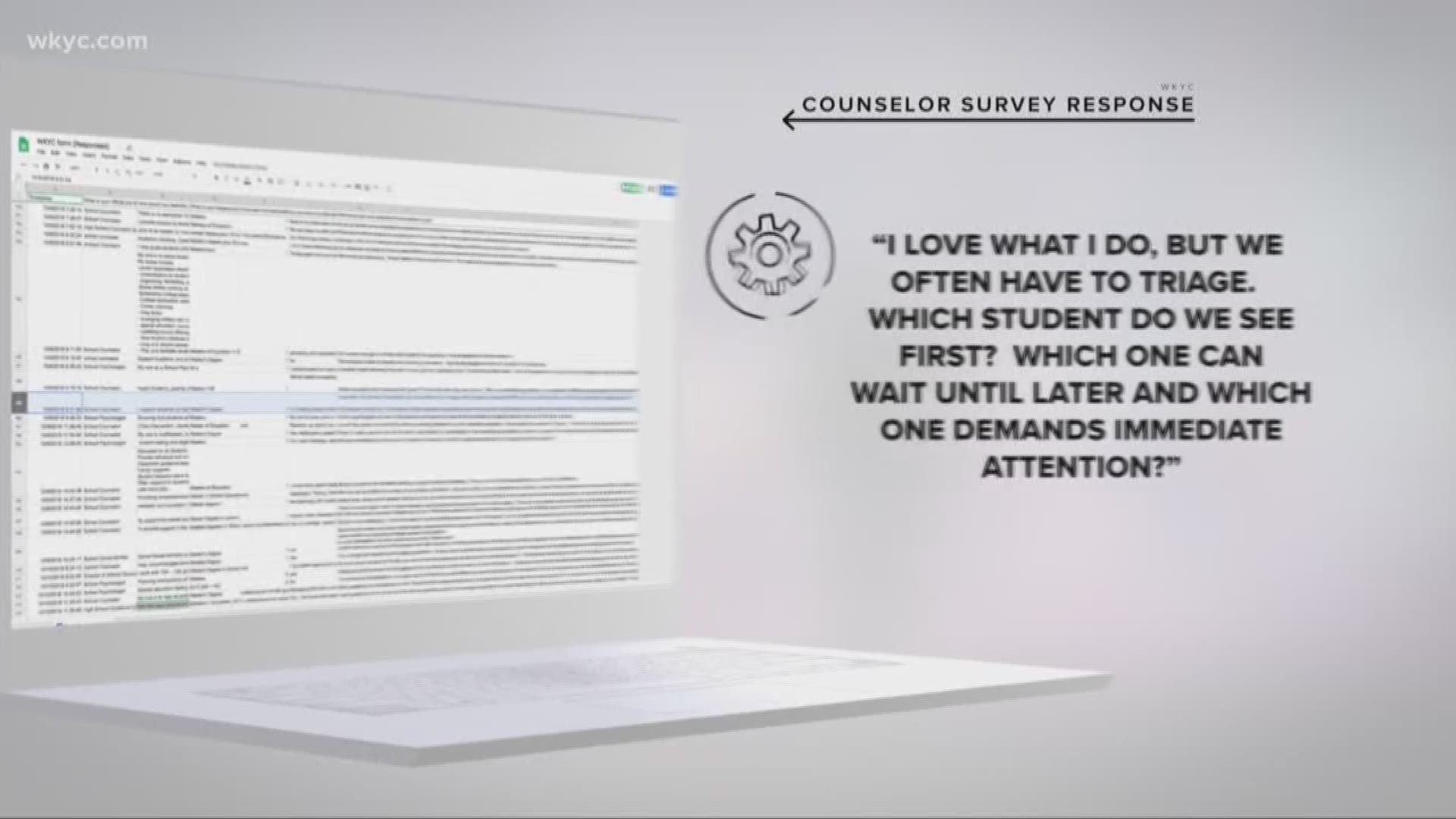 There is a national shortage when it comes to mental health professionals in schools, and experts say that could be leading to an uptick in violence.

A Channel 3 News investigation recently turned to hundreds of school counselors, social workers, and psychologists across Northeast Ohio to learn about their jobs.

It was evident in hundreds of replies that their needs are often not met, and the result could have an impact on the well-being and safety of children.

According to the American School Counselor Association, a district should have at least one counselor for every 250 students, but only about 15 percent of schools have that.

In one in five districts across the country, there are no counselors at all.

Those that do have counselors often overwork them.

Kaylee Kepper is a senior at Cardinal High School and says it can be a challenge to see her counselor.

“There’s usually a line of people waiting at her door and she has the job of 10 people,” Kepper said. “It’s difficult.”

Many counselors say the same.

“I love what I do, but we often have to triage,” one wrote. “Which student do we see first? Which one can wait until later and which one demands immediate attention?”

“It is mentally-draining, and you feel like you are never off the clock. The mental health issues are all-consuming, and you still need to write letters of recommendation and send transcripts. It is a job of extremes—from suicide to college apps, self-injury to AP testing,” wrote another.

Sabrina Petrelli-Scott is the Health and Wellness Director of Canton Schools and says school violence does not stem from mental illness or trauma, but from students who lack social and emotional health.

Counselors can help them achieve that.

“It’s kids that lack the skills to truly problem solve,” Petrelli-Scott said of students who act out. “They literally, the kids froze up. They didn’t know what to do and they chose a very poor option.”

Some districts are noticing, however. Geauga County now hosts a series of youth-led programs to get input from students on ways to improve.

Two states are currently looking at legislation that would require districts to allow counselors to spend at least 80 percent of their day focused on their job.

Hear more responses from area counselors in the video below: 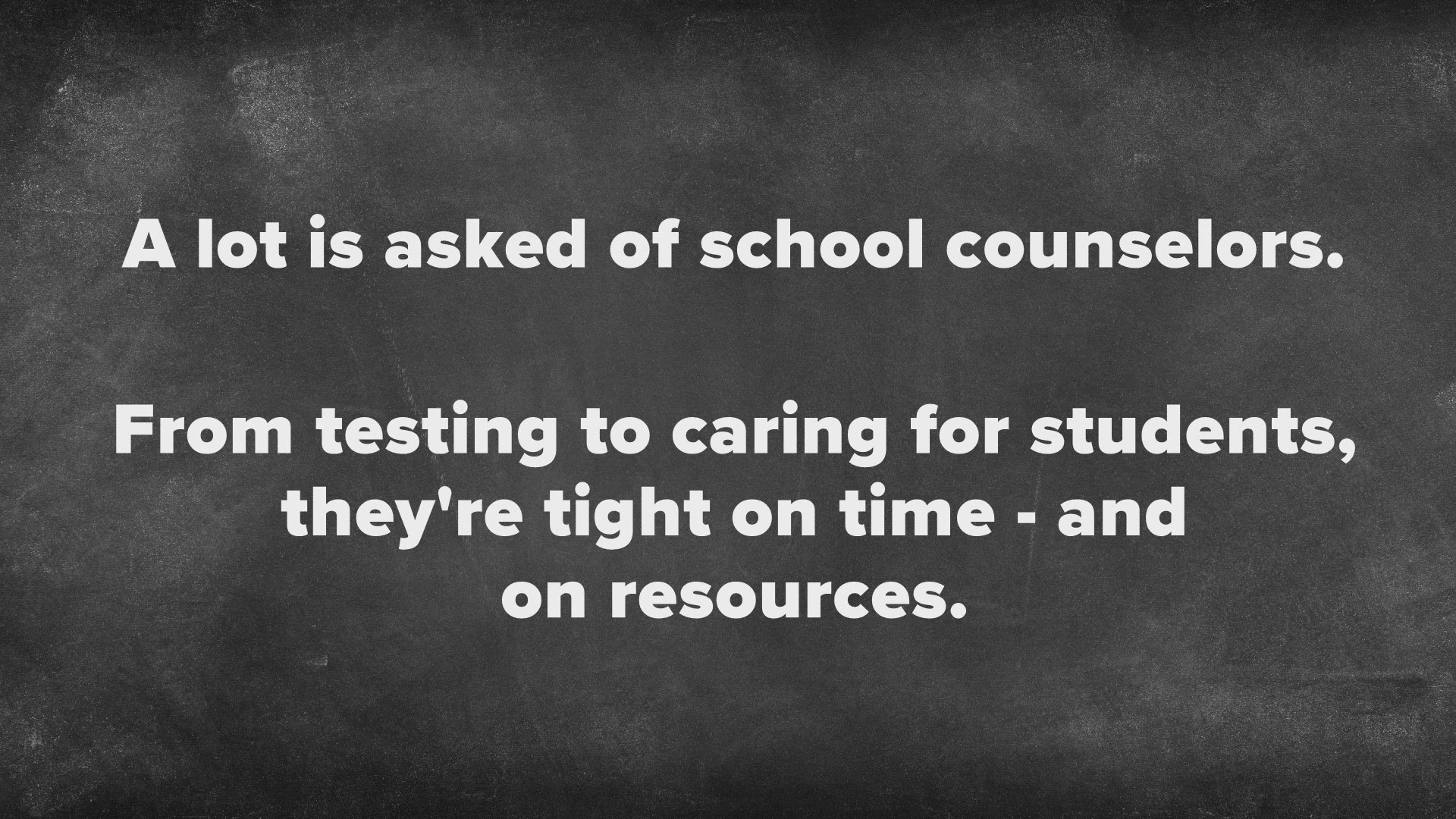 This story is the first of a week-long series on school safety. See the rest of WKYC's "Danger Zone: A look at the frontlines of school safety" here.