The startup company plans to hire 400 production workers at the outset, but said it still needs more investors before manufacturing can begin. 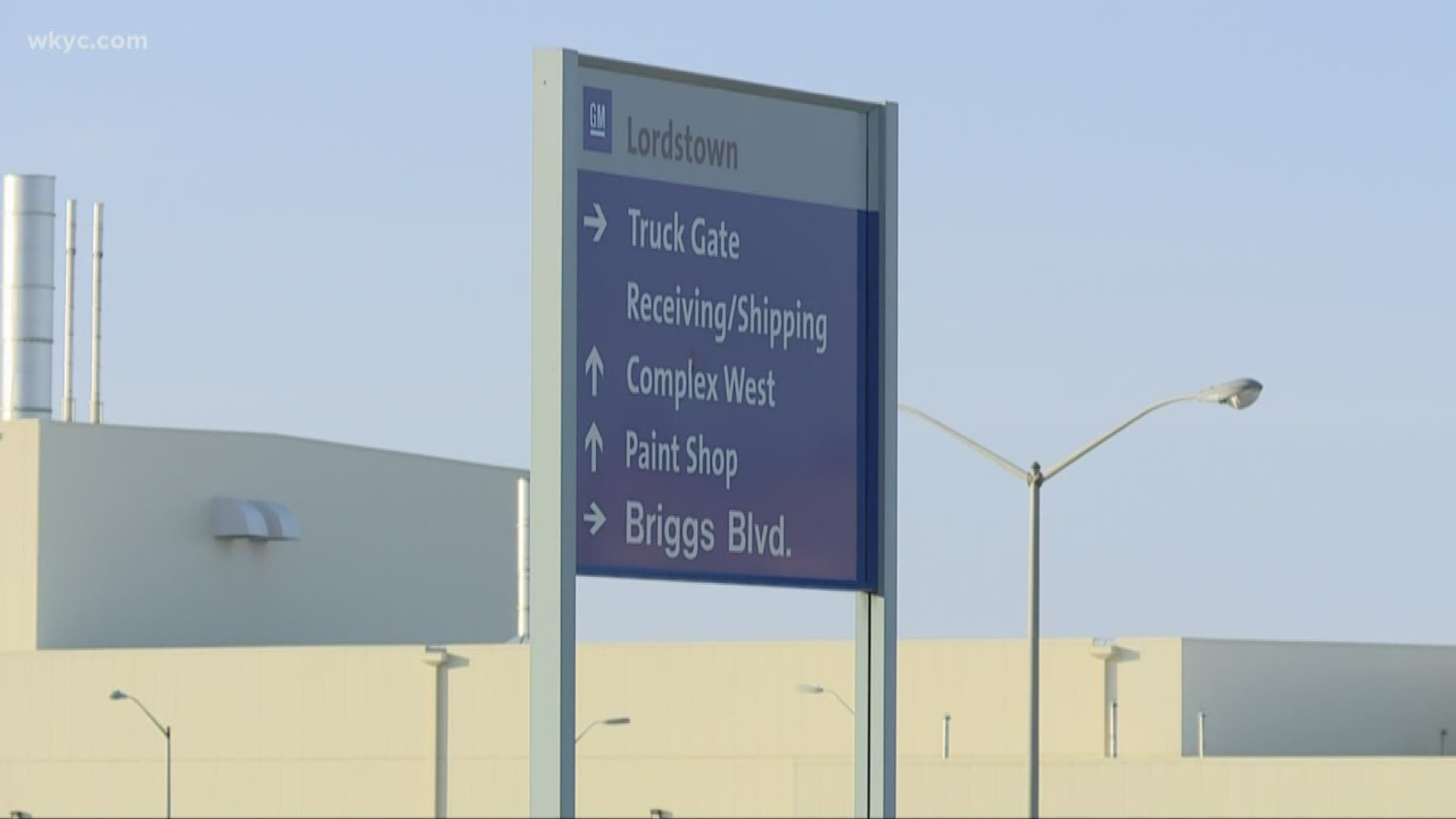 TOLEDO, Ohio — TOLEDO, Ohio (AP) General Motors is selling a massive assembly plant it shut down earlier this year in Ohio, a closing that drew threats and scolding from President Donald Trump, to a newly formed company that said Thursday it intends to begin making electric trucks by late 2020.

The company called Lordstown Motors Corp. plans to hire 400 production workers at the outset, but said it still needs more investors before manufacturing can begin.

GM had employed 4,500 people at the factory near Youngstown just two years ago before it began cutting production and eventually in March ended more than 50 years of car manufacturing there, part of a major restructuring plan.

The closing of the once-bustling factory that last made the Chevrolet Cruz came into the political spotlight last November after Trump criticized the plan and pushed GM executives to either reopen or sell the plant, at one point threatening to cut off all federal subsidies to GM.

THE END OF AN ERA: GM plant's last full day in Lordstown

Trump took a particular interest in the Lordstown plant, which sits in an area of Ohio that will be important to him in the 2020 election and is where he promised supporters at a rally that manufacturing jobs are coming back to the Midwest.

Terms of the sale and the investors who are behind the deal weren't disclosed by the privately held Lordstown Motors. CEO Steve Burns said Thursday that GM is not among the investors.

Acquiring the plant will allow the company formed just months ago to begin seeking more money so that it can begin production of a new electric pickup truck that will be marketed to commercial customers such as utility companies and municipal governments.

So far, the focus has been on designing the truck, building its management team and buying the plant, he said. "We've raised money to get this far, but the large fundraising starts now," Burns said.

The company, he said, had a unique opportunity to buy an auto plant still equipped welding, stamping and painting operations needed to produce vehicles.

"Normally when these plants shut down, by the time someone buys it, it has been gutted," he said. "To build from scratch would be in the billions."

While production will be limited in the beginning, the plan is to create a hub for electric vehicle manufacturing. "We didn't buy this plant to not fill it up and get to full production," he said.

Burns was a founder of Cincinnati-based Workhorse Group, a fledgling electric truck maker, that will hold a minority stake in a new venture and provide it with technology needed for the new pickup trucks.

Speculation on the plant's future had centered on Workhorse since Trump happily tweeted last May that the company was in talks to buy the huge facility. But there also have been plenty of questions about its financial footing.

Burns said he knows there will be skepticism until Lordstown Motors starts producing an electric pickup truck that customers love.

The trucks, he said, will use hub motors in each wheel, eliminating the need for drive shafts and other parts.

"We're essentially reinventing electric vehicles," Burns said. "The wheel is the motor. The only moving parts on this truck are the wheels. It's a super, simple vehicle."

The deal comes as GM itself is trying to move toward the future with an eye on autonomous and electric vehicles, with plans announced earlier this year to build its own electric pickup truck at a Detroit plant. GM also is building an electric vehicle battery cell factory in the Lordstown area that will be run by a joint venture.

Burns thinks his company can compete for a share of the electric vehicle market by being quicker to adjust to new technology and by targeting commercial, fleet customers who want more than what conventional trucks can supply.

"The sale of the Lordstown plant is an important step for future development in the community," Ohio Gov. Mike DeWine said Thursday. "We and our partners can now move to the next phase of attracting new automotive manufacturing jobs to the Mahoning Valley."

"I am very encouraged that the Lordstown plant has been acquired by Lordstown Motors Corporation. I am extremely proud of the men and women who helped build the General Motors brand of vehicles at the Lordstown Complex. Electric vehicles are the future of transportation, and my goal is to make sure these vehicles are built right here in Northeast Ohio. I will continue to fight to bring jobs back to this facility and the district—which has and will always be my top priority. I stand ready to help this new company start building electric trucks in the Valley and put Northeast Ohioans back to work. In addition to building electric vehicles, I am also working to ensure that Northeast Ohio is at the forefront of electric vehicle components such as batteries and fuel cells."

In his own statement, Ohio U.S. Sen. Rob Portman was more critical of GM, but still pledged to help the new company get the plant running again:

"Since GM first announced its intentions to discontinue Chevy Cruze production, I have pushed hard for the company to do the right thing and bring a new GM product to Lordstown. GM instead chose to sell the facility to Lordstown Motors, which it says is the best option for the future of the plant. I agree that Lordstown Motors has the potential to create some much-needed jobs in the Mahoning Valley with cutting-edge electric vehicle technology, but the chances of that happening are much better if GM invests in this new venture to help ensure its success and a new path for Lordstown. I will continue to work with community leaders to do whatever I can to return the Lordstown plant to its full potential."