Many locations also held a moment of silence in parking lots. 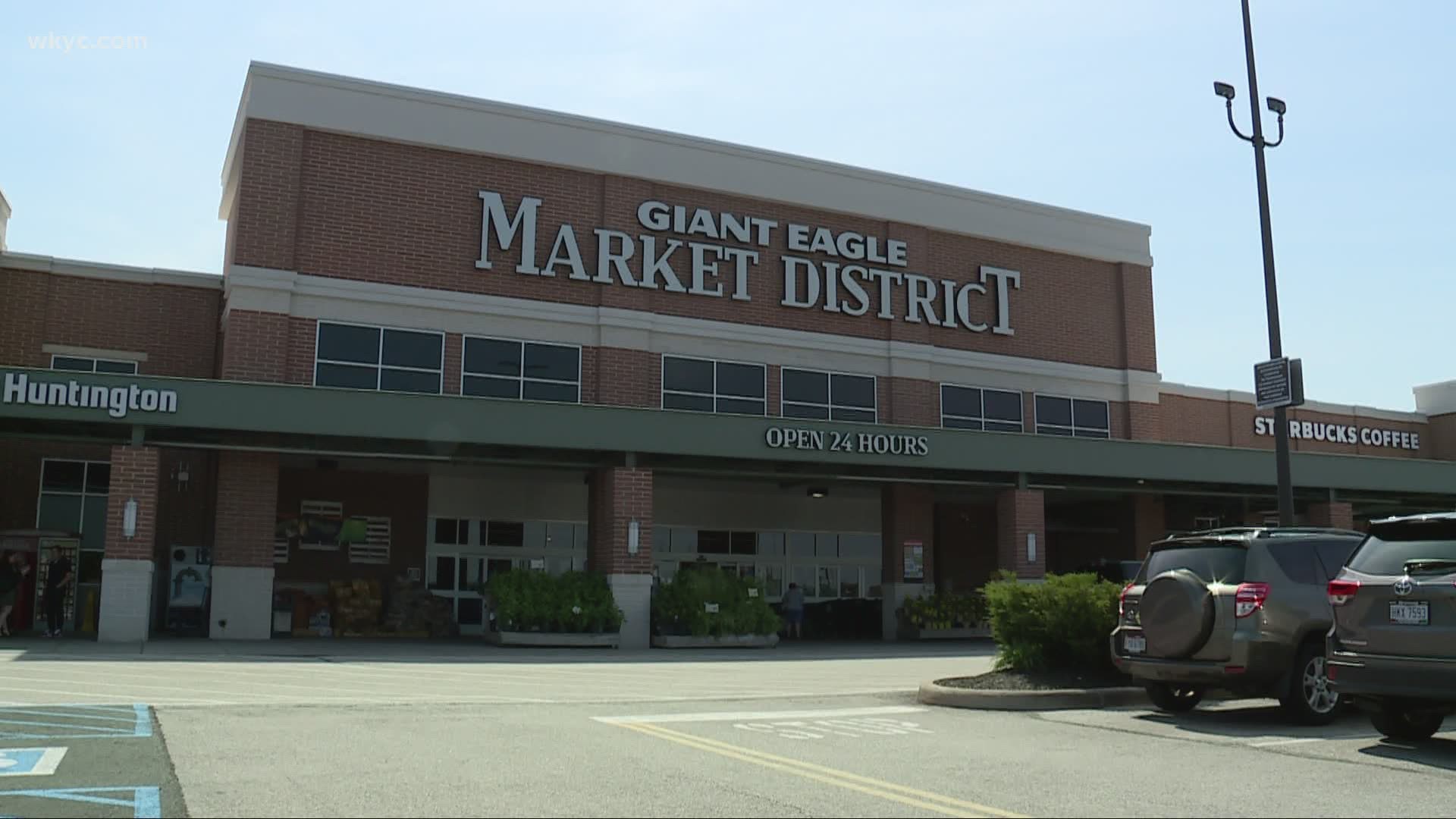 CLEVELAND — Saturday morning at all Giant Eagle stores, staff members came together for a discussion on racial equality.

To make time, Giant Eagle closed its stores for one hour from 7-8 a.m. Many locations also held a moment of silence in parking lots.

"We did not make the decision to close for an hour across our 470 stores lightly," Giant Eagle spokesperson Dan Donovan told 3News. "We sincerely appreciate all of our customers for giving the Giant Eagle company this hour."

Giant Eagle also plans to make more resources and activities available for their team to better reflect the communities they serve.

“We must take every opportunity to put ourselves in other’s shoes,” the company’s president and CEO said earlier this week in a statement announcing the closure on Facebook. “We will slip up. We will make mistakes. But as long as we are open, honest and sincerely listen to one another, we will make positive, long-lasting change.”

It is impossible to understand all the senseless deaths of African Americans, including George Floyd, Breonna Taylor, Ahmaud Arbery and too many others whose stories have been pulled into the national spotlight, as well as the countless victims whose stories go untold. We at Giant Eagle have taken time to self-reflect on what we as individuals and as an organization must do to stand up against racism and social injustice. Words are important, but they are not nearly enough. The time for action is now.

At Giant Eagle, we have begun a series of efforts that we hope will allow us and others to support our African American Team Members, guests and neighbors. The company and the Giant Eagle Foundation have partnered to contribute $350,000 to support social justice causes. Additionally, all our Giant Eagle, Market District and GetGo locations will be closed between 7 a.m. and 8 a.m. this Saturday, June 13, so we can begin to engage our Team Members in a discussion about our personal experiences and what steps can be taken to affect change in ourselves and in our communities.

In western Pennsylvania, we have also made the decision to halt sales of the Pittsburgh Post-Gazette due to recent actions by the publication. It is critical that we uphold the values that have defined Giant Eagle for nearly 90 years. These measures will remain in place until the publication demonstrates an equal commitment to all those in the communities it serves.

We must take every opportunity to put ourselves in each other’s shoes. We will slip up. We will make mistakes. But as long as we are open, honest and sincerely listen to one another, we will make positive, long-lasting change.

RELATED: Popular brands are taking a stand against racism, but is it effective?