iHeart owns more than 850 radio stations across the country, including 11 in Cleveland alone. 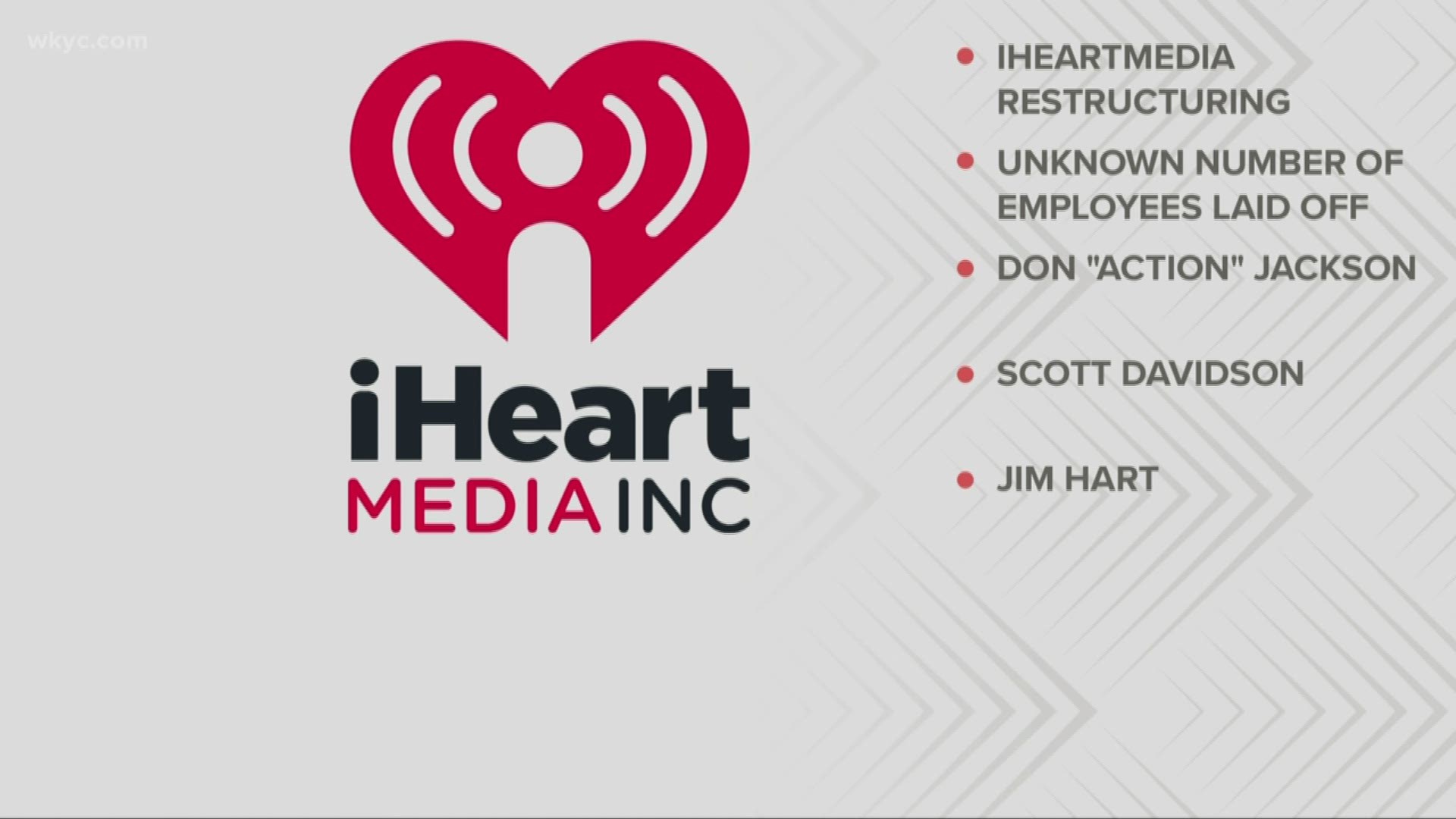 SAN ANTONIO — iHeartMedia, the largest radio company in America. has announced a “new organizational structure” and “technology transformation” that has resulted in layoffs nationwide, including in Northeast Ohio.

The company says it plans to place its markets into three divisions and add a fourth covering multiple markets and will create hubs to consolidate programming, marketing, digital, podcasts, sales and sales support resources.

“During a transition like this it’s reasonable to expect that there will be some shifts in jobs – some by location and some by function,” the company said in a statement. “But the number is relatively small given our overall employee base of 12,500. That said, we recognize that the loss of any job is significant; we take that responsibility seriously and have been thoughtful in the process.”

While there is no exact number of how many employees have been laid off, the impact is being felt in Northeast Ohio.

Among those who have been let go is Majic 105.7 FM afternoon host Don "Action" Jackson. "Not sure where the road will take me next, but thankfully, I'll have some nice memories of the people I worked with there, in some cases like family. I will miss you very much. Do stay in touch," Jackson wrote on his Facebook post.

According to the industry site All Acces, other Northeast Ohio on-air personalities that have been laid off include Sunny 101.7's Scott Davidson and 99.5 WGAR's Jim Hart.

In Columbus, three sports radio personalities were let go as a result of the layoffs, according to Barrett Sports Media.

"There will be some employee dislocation -- some by geography and some by function -- which is the unfortunate price we pay to modernize the company.  We have had to make some tough decisions, and in the process some employees have been affected. Please know we were thoughtful in this process and have provided enhanced severance benefits as well as outplacement assistance for any impacted employees, and we want to thank them for the valuable contributions they have made," wrote iHeartMedia CEO Bob Pittman and COO Rich Bressler in a memo to employees.

RELATED: HARDWORKING CLEVELAND | The man behind the mic