Her memory blessed many. 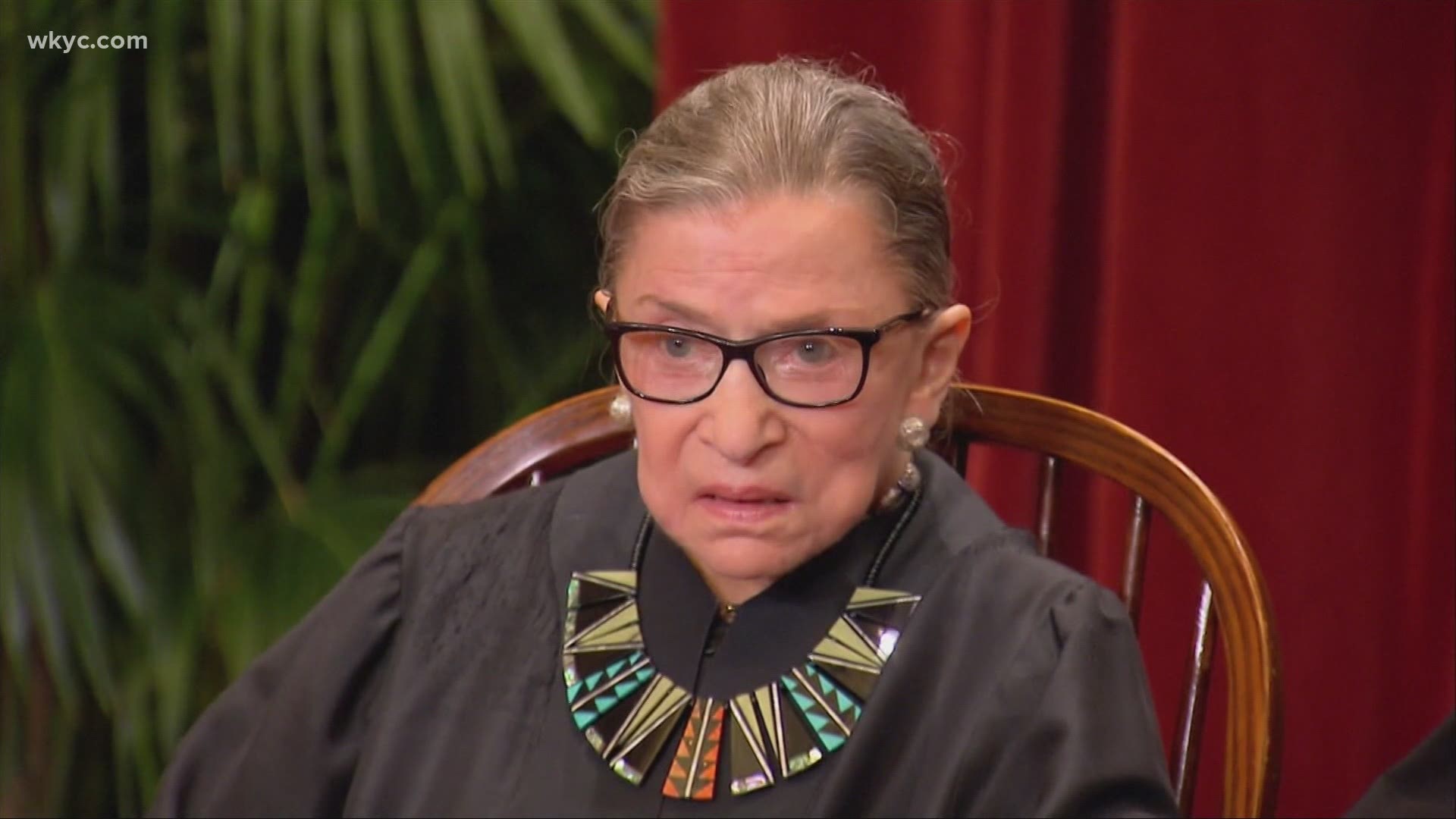 CLEVELAND — Supreme Court Justice Ruth Bader Ginsburg was an icon, and she paved the way for many people across Northeast Ohio.

“It really is a tragedy to see the death of someone who has been so impactful and has literally changed the trajectory of our country,” said Ohio’s House Minority Leader Emilia Sykes, who called Ginsburg her “hero.”

“Because she laid the groundwork,” Sykes said.

It included reproductive rights, which Professor Hill says, could now be in jeopardy.

“And relatively soon, I think. There are probably only three votes to preserve it out of nine on the Supreme Court right now,” she said.

Justice Mary Jane Trapp of Ohio’s Court of Appeals knew Justice Ginsburg personally, and can attest to how she inspired.

“And she said, ‘Reach back and pull women with you. Bring them to the table just as I have brought you.’ And I remember that very distinctly--and I will never forget that,” Judge Trapp said.

Others recall Justice Ginsburg’s warm friendship with Justice Scalia, whose political views could not have been more different than her own.

“Yet they agreed to disagree,” said Chardon Municipal Court Judge Terri Stupika. “I believe this country has lost that point.”

“Could still break bread, be friends, and love those who did not share her views,” said Case Western Reserve University law professor Jonathan Adler, “Recognizing our common humanity and our common participation in our broader civic project.”

All hope now that the most qualified person steps in to fill the vacant seat, since they are enormous shoes to fill.

In a statement, Ohio Governor Mike DeWine added, "may her memory be a blessing.”