Aisha's Law is named for the Shaker Heights teacher who was murdered in 2018. 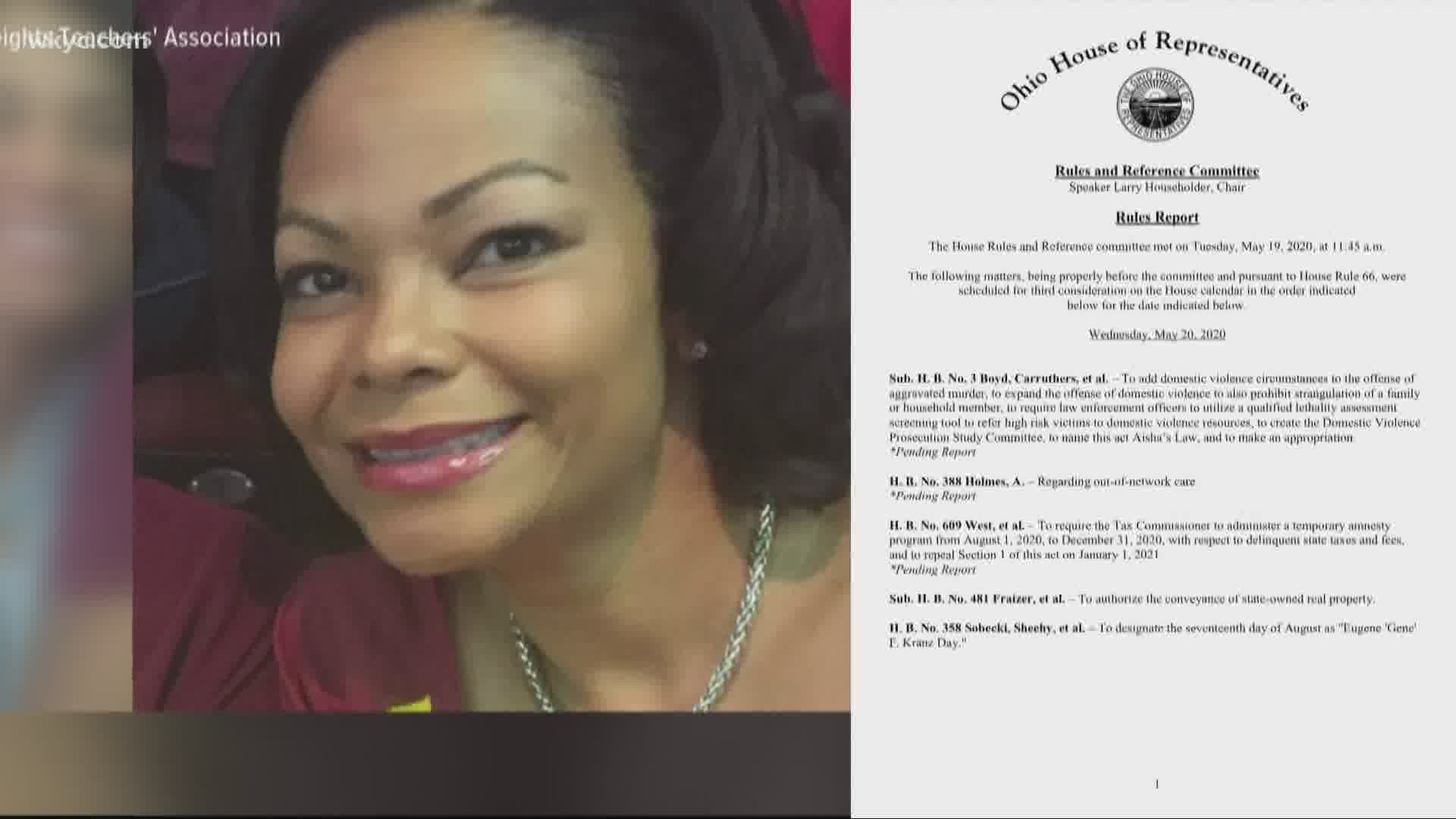 "Aisha's Law" would change how law enforcement agencies respond to domestic violence cases, and create a continuum of protections for victims of domestic violence that are in extreme risk and lethal situations.

On Nov. 17, 2018, former Cuyahoga County Judge and State Sen. Lance Mason stabbed and killed Fraser while she was dropping off their two children. Just years before, he had assaulted her badly enough that he served time behind bars and she needed reconstructive surgery.

Mason later pleaded guilty to Aisha's murder and is currently service a life sentence in prison. He will not be eligible for parole until he is 87 years old.

“I was asked once if I thought that because Aisha’s murderer had formerly been a judge and a state legislator if that would make it harder to pass Aisha’s Law. My response then resounds in me today, and that is, no one is above the law. His previous titles remain irrelevant. He was a person who tortured his children by brutalizing their mother in front of them. He ultimately murdered her leaving them without a mother or father, and leaving her parents and entire community devastated and heartbroken. No title should be a cover to abuse or harm another person. I am grateful that Aisha’s Law passed out of the House today, and I look forward to passing it out of the Senate,” said State Rep. Janine Boyd (D-Cleveland Heights), who co-sponsored the bipartisan bill with Rep. Sara Carruthers (R-Hamilton).

Democrats in the House considered passing "Aisha's Law" as a priority with prolonged isolation during the state’s stay-at-home order leading to a spike in domestic violence cases.

“We’ve seen during this crisis that stay at home doesn’t necessarily mean safe at home, especially for those most at risk for violence,” said Minority Leader Emilia Strong Sykes (D-Akron). “Democrats have for a long time pushed for commonsense domestic violence protections, and today’s vote moves us one step closer to fulfilling Ohio’s promise of safety and security for all Ohioans.”

The bill now heads to the State Senate.

If you are a survivor of domestic violence looking for resources and referrals in Ohio, you can visit ODVN.org or call 614-781-9651.

RELATED: Sunday marks 1 year since Aisha Fraser's brutal murder at the hands of her ex-husband, a former NE Ohio politician