President and Editor George Rodrigue officially made the move public in a letter written Thursday. 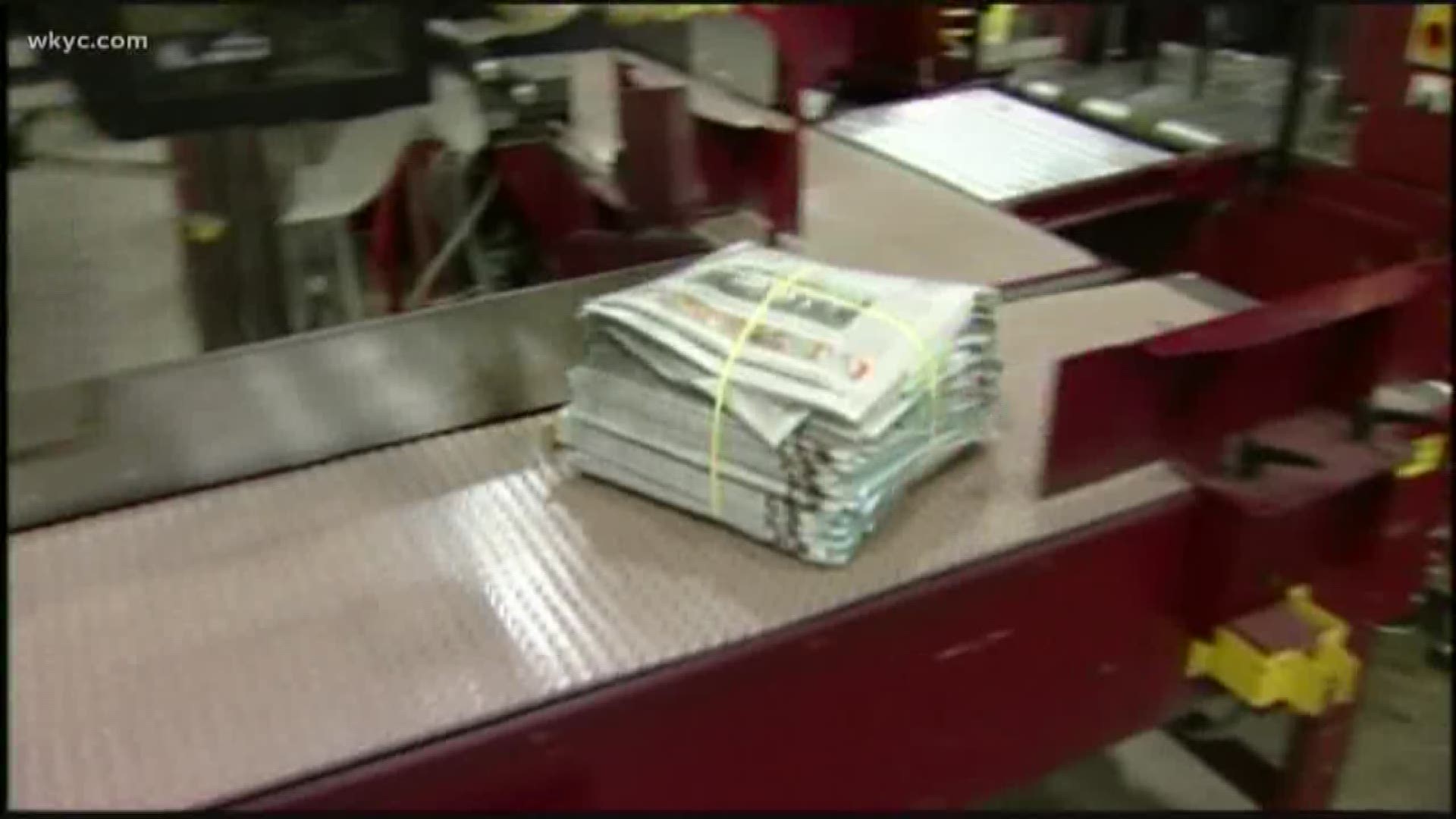 The Plain Dealer is changing how it does business, announcing a switch to a "centralized production system" for its daily newspaper.

President and Editor George Rodrigue officially made the move public in a letter written Thursday, saying, "This concept has been tested industry wide, and has proven to be both efficient and effective." However, the change will "regrettably" result in "the loss of 29 jobs within The Plain Dealer’s newsroom, sometime after March of 2019," although some new jobs will be created to edit local stories.

Rodrigue says most of this transition will involve non-local news, stating, "Editorial decision making will remain the responsibility of The Plain Dealer’s editors. Local stories will be selected and copy-edited by veteran journalists based in Cleveland." However, an offer from the Northeast Ohio Newspaper Guild (the union that represents many of the paper's employees) that would've kept production local was rejected, and the paper will instead contract with Advance Local (run out of state by the company that owns the paper) for production.

The move represents yet another blow to The Plain Dealer's staff, especially after voluntary buyouts were offered to veteran employees earlier this year. Rodrigue says that, while the decision was made "with some sadness," the ultimate goal was "the long-term preservation of The Plain Dealer":

"This change offers savings where they are least likely to harm the quality of our newspaper. It preserves local editing of local stories. It allows us to focus on the coverage that matters most to our community: in-depth breaking news, investigative journalism, stories that explain issues and events, and coverage that helps people make the most of everything northeast Ohio has to offer. In a world of difficult choices and unavoidable change, this is the option that best serves our readers."

"The Plain Dealer informed the Guild today it would move forward with a plan to outsource the jobs of 29 Guild and management employees who copy edit, curate and design our newspaper. The Plain Dealer unit of the Northeast Ohio Newspaper Guild for months has fought to keep this work in Cleveland because the Guild knows that having local journalists, with knowledge of the community, would produce the best newspaper. The company had a proposal from the Guild that offered significant savings and would preserve quality. The company could not assure the Guild, other than with platitudes, that the other 'bidders' would treat Guild work with the same care. Instead, the company made its choice based on 'cost savings and efficiencies.' Plain Dealer readers deserve more than a cookie cutter newspaper. The Guild has seen examples of mistakes in other papers using the centralized production model that concern the Guild greatly. Plain Dealer Editor George Rodrigue told the public that all decisions about content would rest with The Plain Dealer but, based on Guild conversations with Rodrigue, that does not appear to be entirely true. The Guild believes this clearly is a union-busting move as the company has said some non-union jobs would be offered to current employees who do essentially the same duties now but would have to work for Advance Local, which is a part of the same overall company."

Reporter Rachel Dissell also claims the paper announced the decision to the public before telling employees. She tweeted the hashtag, "#unionbusting".