The crash is under investigation. 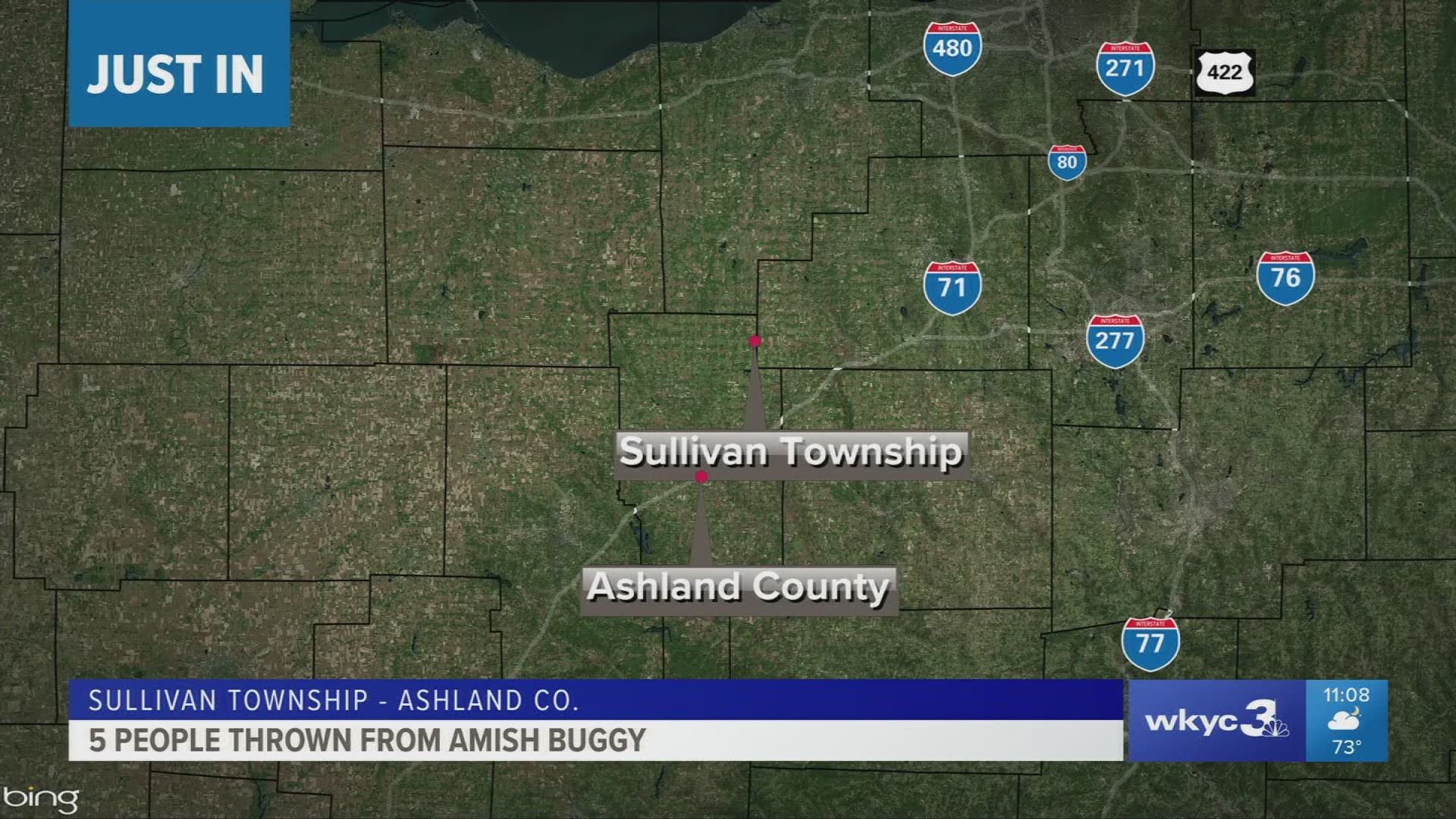 SULLIVAN TWP — Four people were hospitalized Thursday evening after a box truck struck the back of an Amish Buggy on U.S. 224 in Ashland County.

Ohio State Highway Patrol troopers say the buggy, operated by 20-year-old Menno Swartzentruper, was headed east on U.S. 224 in Sullivan Township around 6:45 p.m. There were five passengers riding with Swartzentruper.

A GMC 4500 box truck, driven by 20-year-old Christopher Alejandro Cespedes Rivera of Brooklyn, was coming up behind the buggy. Troopers report that Rivera looked down to retrieve a GPS device and then rear-ended the buggy.

Menno Swartzentruper was treated at the scene for minor injuries. Rivera was not injured.

Troopers say Rivera was wearing a safety belt at the time of the crash. The occupants of the Amish buggy did not have restraining devices on. The buggy did come equipped with reflective markings to the rear.

Alcohol and drugs are not believed to have been a contributing factor in the crash, which is still currently under investigation.