Within 48 hours of being on the street a young person will be solicited for sex. 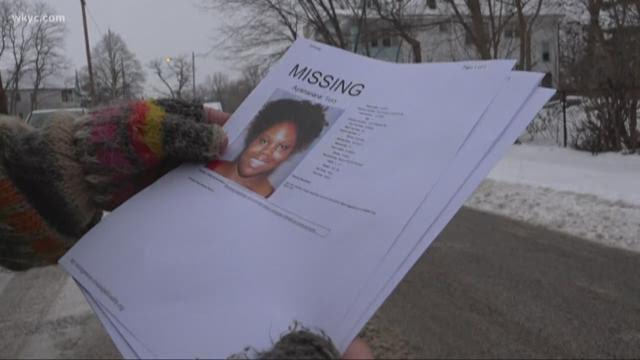 Within 48 hours of being on the street, a young person will be solicited for sex.

McHenry says any given day in Cuyahoga County more than a hundred young people under the age of 18 are on the missing persons website.

“Many of the kids are leaving home because of neglect, because they’re hungry,” she says.

“Hunger is really a huge issue in Cuyahoga County as well as we see kids who are victims of sexual abuse or some type of trauma.”

McHenry says other teens are LGBTQ and not feeling accepted.

“They’re [traffickers] honing in on the vulnerability and that’s how they’re connecting with them, manipulating them. It’s almost a form of brainwashing,” she explains.

“All of the sudden the person says ‘oh look they’re not even looking for you,’ there’s no missing picture of you on the TV today.”

A small team of about ten people work within the 24/7 program to search for missing teens and raise awareness.

“We want to make sure that people know that they’re there because they’re invisible to most people. Most people are just rushing through their day and they’re not really thinking about these kids.”