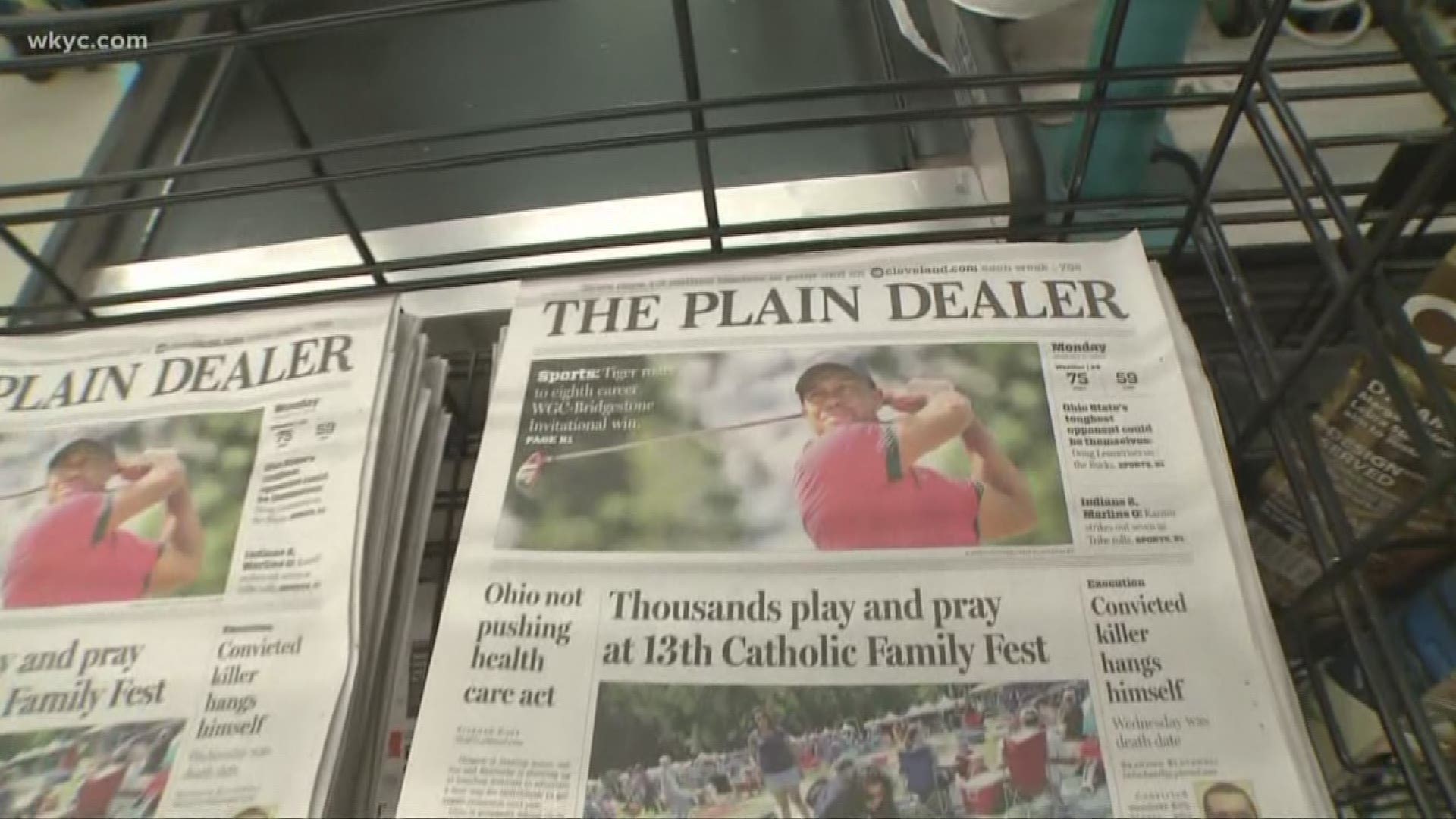 CLEVELAND — Ohio's largest daily newspaper drastically cut staffing on Friday, with The Plain Dealer announcing it had laid off 22 people due to what Editor Tim Warsinskey termed as 'ongoing financial challenges in the newspaper business.'

The layoffs included reporters, photographers, and managers at The Plain Dealer.

"It is devastating for each of those we had to let go, and it is the hardest thing a newspaper editor ever has to do. I have worked alongside most of them for decades and Cleveland journalism is our shared DNA. As I noted when these layoffs first were announced, I agonize for my staff but do not pretend to fully realize their distress today," Warsinskey wrote in a letter posted on Cleveland.com on Friday afternoon.

Warsinskey stresses that the paper will continue to be printed daily with home delivery continuing four days a week. "Between The Plain Dealer newsroom and the newsroom at our sister company, cleveland.com, we will have 77 journalists and content producers sharing the stories that matter to you," he added in his letter.

The paper did not release a list of those who were let go, but The Plain Dealer News Guild did share names of those who gave them permission. The union, which has accused the paper's parent company Advance Publications of tearing down The Plain Dealer in favor of the non-union cleveland.com, blasted today's layoffs in a lengthy statement on Facebook.

Many of the journalists who lost their jobs also said their goodbyes on social media, and those who remained offered words of encouragement:

RELATED: What's Next: A look at the future of the newspaper industry