First Lady Michelle Obama emailed him to arrange the purchase of a 20-by-30 inch painting that sparked Dixon's art career while he was incarcerated. 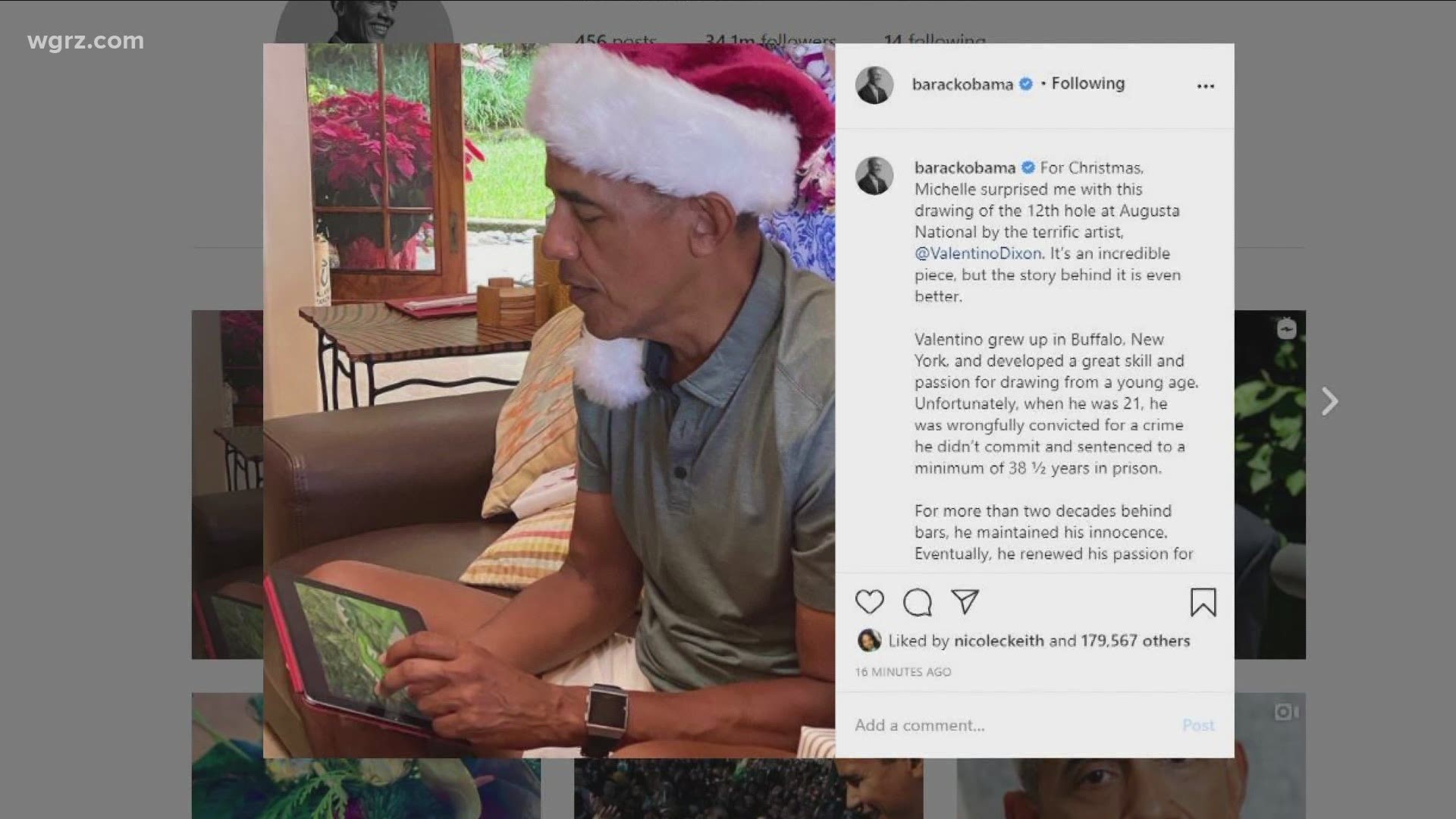 BUFFALO, N.Y. — Former President Barack Obama is getting something handmade by a Buffalonian for Christmas this year.

Valentino Dixon is a Queen City artist with an remarkable life story: he served 27 years in prison for a murder someone else confessed to before being exonerated. Art was his backbone through his time served under the wrongful conviction.

Now his work has caught the eyes of former First Lady Michelle Obama, who saw a special about Dixon on HBO. She wanted to buy one of his paintings of a golf course for her husband, who is an avid golfer.

She emailed him to arrange the purchase of a 20-by-30 inch painting.

"She's not too big to reach out to somebody on my level, who is really nobody in comparison, so that's just a great feeling," Dixon told 2 On Your Side's Claudine Ewing.

It's not just of any golf course, though. It's a larger version of the same painting Dixon first did in prison, for the warden where he was serving.

It's the golf course that sparked Dixon's art career while incarcerated.

"The drawing is going to be sitting in Barack's office, that alone is enough for me," Dixon said.

"I hope that you love your gift, and maybe one day you and the family can come draw and talk with me," he said in the video.

He also had a message to share with 2 On Your Side about his own story, the redemption and success he has found: 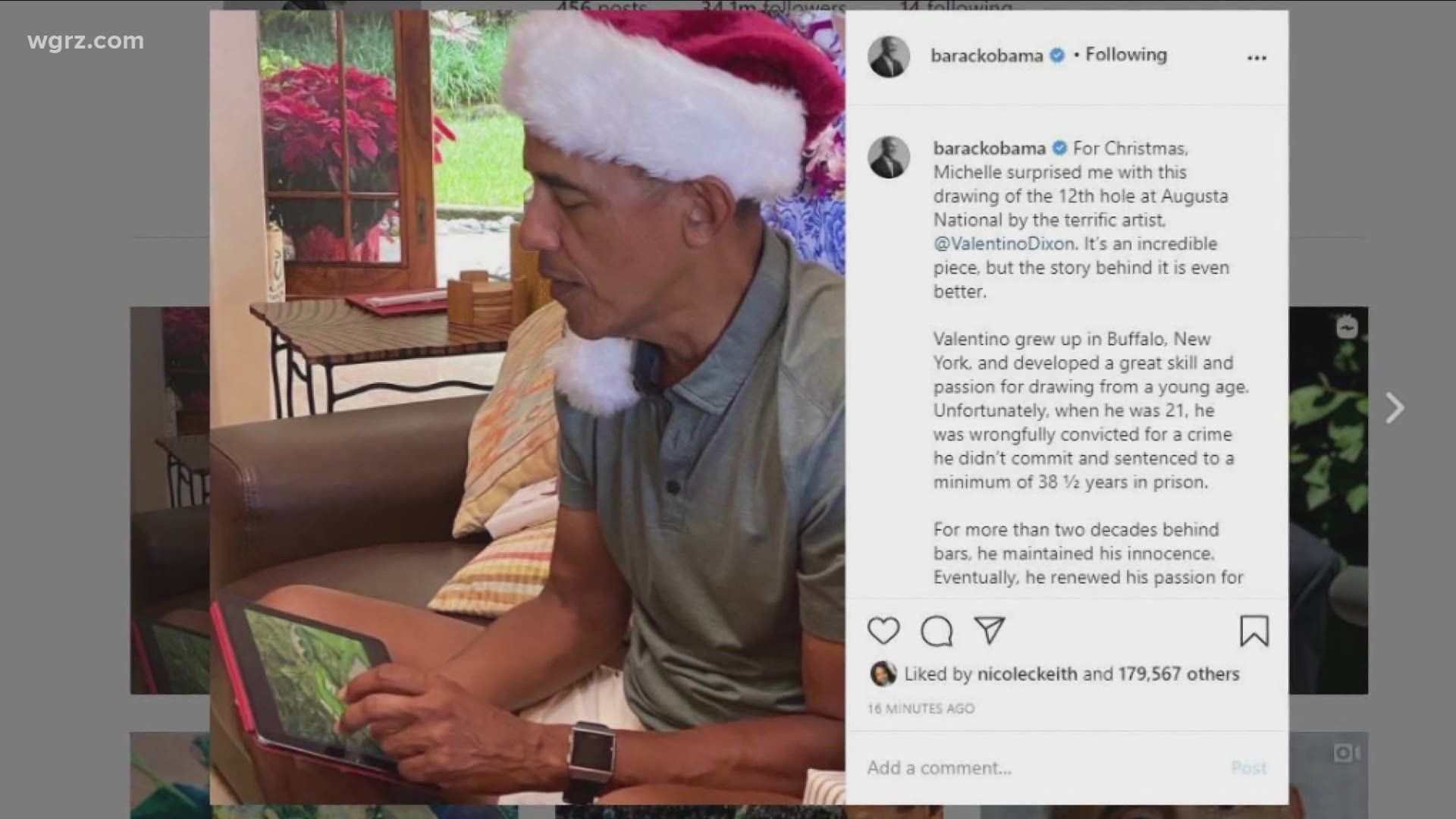