What is HB6, the Ohio legislation that’s part of the case against Larry Householder? 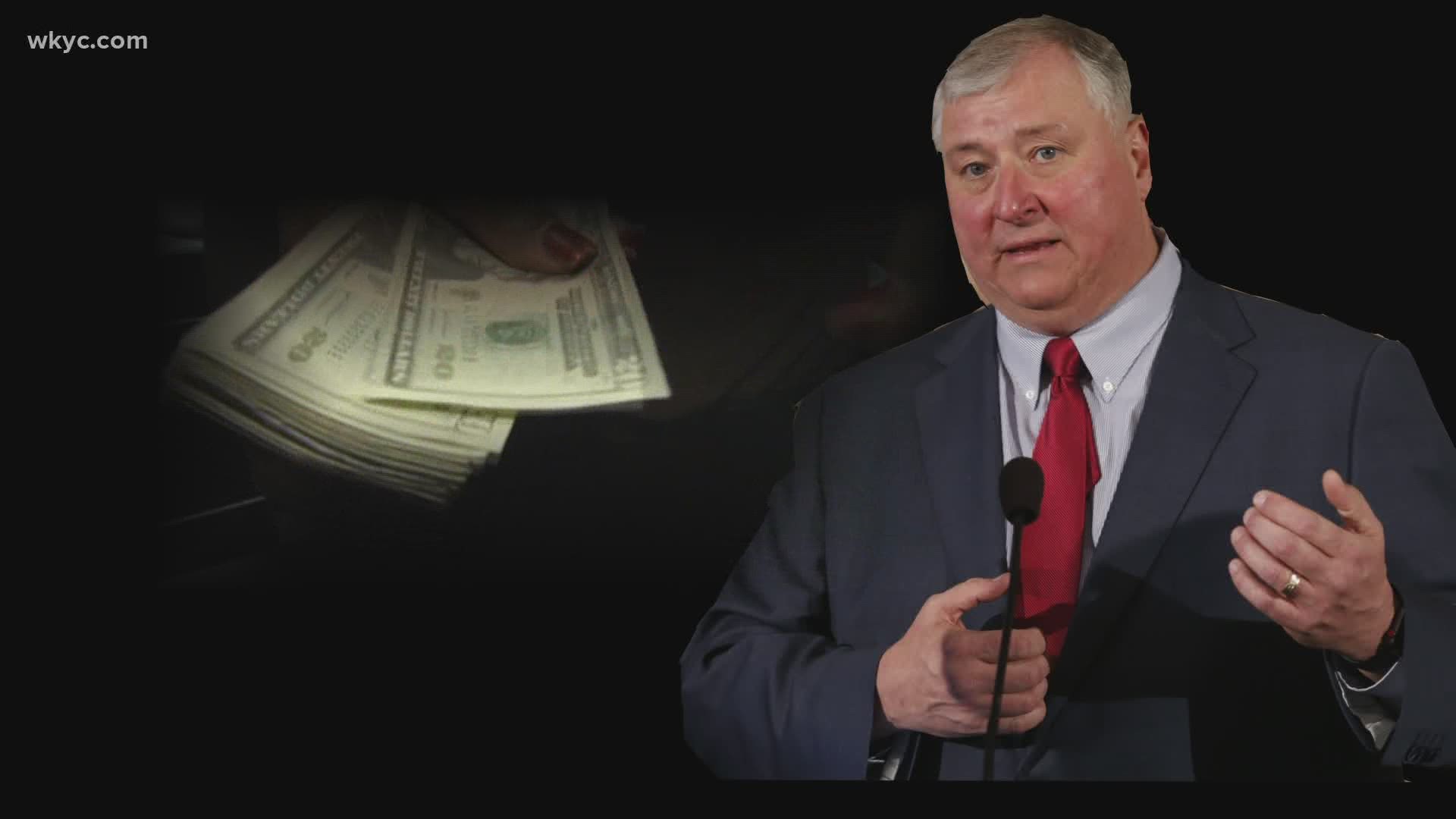 HB 6 is now in the crosshairs of a $60 million federal bribery investigation, in which four people including the Republican Ohio Speaker of the House have been arrested.

Speaker Larry Householder was one of the driving forces behind the rescue effort, which appears to be tied to several targets of the investigation. The legislation added a new fee to every electricity bill in the state and directed over $150 million a year through 2026 to the plants near Cleveland and Toledo.

Backed mostly by Republicans, the House Bill 6 legislation was to hand over $150 million a year through 2026 to the Davis-Besse and Perry nuclear plants in order to keep them operating. It also scaled back and was to eventually end requirements that utilities generate more power from wind and solar.

Without the cash infusion from customers, FirstEnergy Solutions, which was going through bankruptcy reorganization in 2019, warned that the plants would be shut down within two years.

The natural gas boom and increasing use of renewable energy combined in recent years to squeeze the nation's aging nuclear reactors.

The Trump administration has pledged to boost the nuclear and coal power industries, which have been sagging against the competition from cheaper energy sources.

But other states, such as Pennsylvania, have refused to go along, triggering the planned shutdown of the Three Mile Island plant beginning this summer.

The two Ohio nuclear plants — Davis-Besse near Toledo and the Perry plant near Cleveland — sit along Lake Erie and produce about 15% of the state's electricity.

Lawmakers in the Ohio House approved the proposal after months of debate and despite opposition from the natural gas and manufacturing industries.

Supporters last year countered that the nuclear plants account for nearly all of Ohio's clean energy, employ a combined 1,400 workers and generate millions in taxes for schools and services.

They also said eliminating existing mandates meant to increase investment in renewable energy will result in lower electricity bills despite the new surcharge for the nuclear plants.

Opponents led by the natural gas industry had vowed that they will ask voters to overturn the legislation in a statewide referendum in 2020.

The final version of House Bill 6 calls for residential customers to pay 85 cents each month and for major industrial plants to pay $2,400 on their electricity bills. While most of the money would go toward the nuclear plants, about $20 million annually was to go to large-scale solar projects already approved.

The legislation also allowed for monthly surcharges on all bills that will prop up two coal-fired power plants, including one in Indiana.

Many Democrats and environmental groups opposed the legislation because it does away with incentives for solar and wind projects and also eliminates programs that help residents use less power through buying energy-saving appliances or upgrading heating and cooling systems.

"We cannot save one group of jobs on the backs of others," Rep. Sedrick Denson, a Democrat from Cincinnati, said last July.

The Davis-Besse plant, which opened four decades ago, was the site of the worst corrosion ever found at a U.S. reactor when inspectors discovered an acid leak that closed the plant for extensive repairs from 2002 to 2004.