The Ohio Department of Public Safety says 35,000 incorrect plates have already been printed, and it is unclear how much was spent in the process. 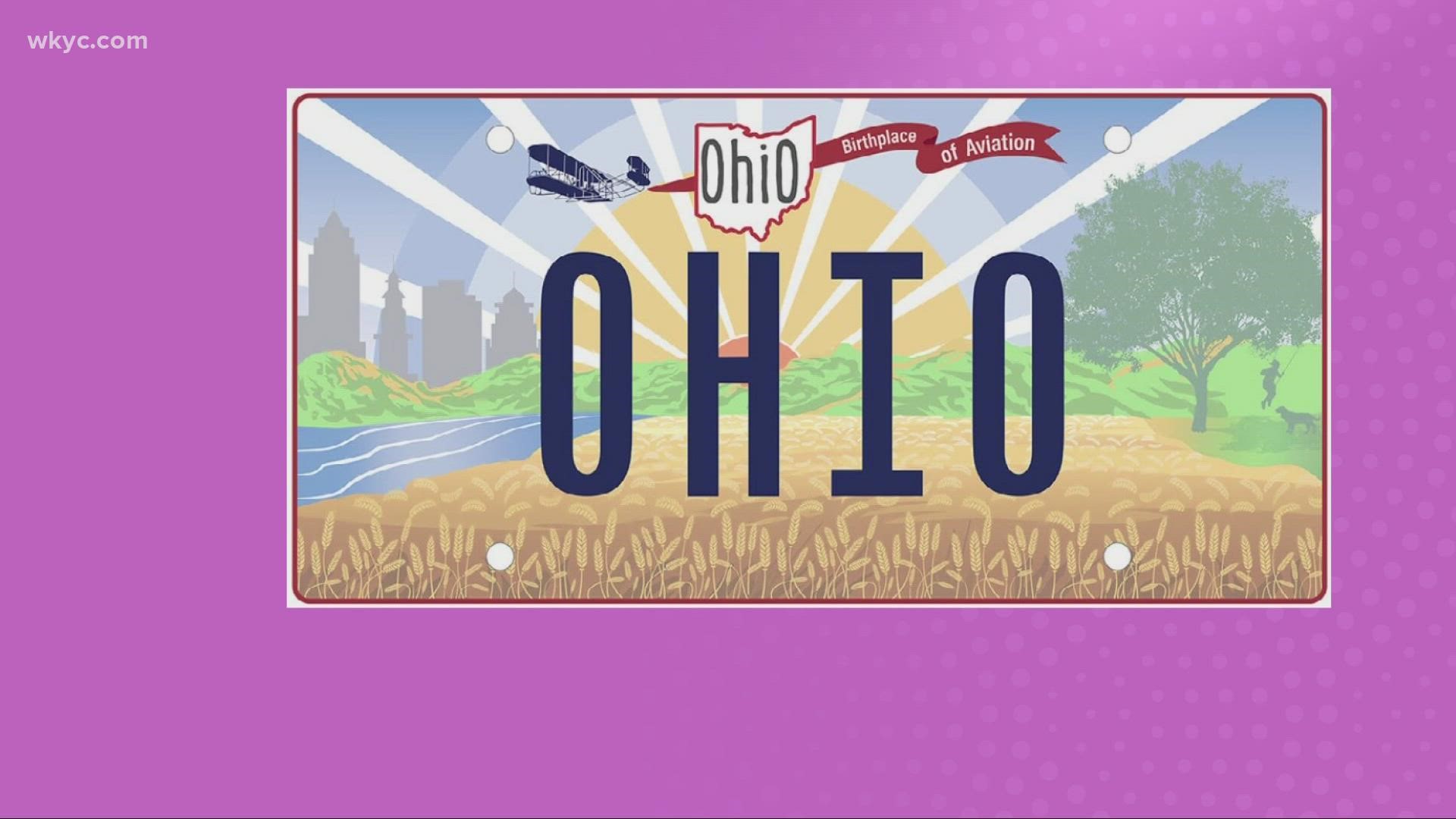 COLUMBUS, Ohio — The State of Ohio acknowledged an error on the state’s new license plate design Thursday, but not before 35,000 incorrect plates were already printed.

The new design, unveiled by Governor Mike DeWine and Bureau of Motor Vehicles officials, features both rural and urban parts of Ohio, complete with an airplane fashioned after the Wright Flyer in honor of the Wright brothers. Following the plane is a banner that reads: “Birthplace of Aviation.”

It didn’t take long for people on social media to notice the error. The airplane featured in the design was backward, pushing the banner rather than pulling it. Images of the original Wright Flyer show the wings are actually located in the back.

The Department of Public Safety acknowledged the issue within hours, releasing a photo of the corrected plate. Despite the quick fix, a spokesperson with the agency confirmed to 10TV on Friday 35,000 plates were already printed, adding it is unknown at this time how much money was spent in the process.

“We will recycle the 35,000 plates that had been printed. It is too early to know about if there will be any additional cost,” said Lindsey Bohrer, assistant director of communications with the Ohio Department of Public Safety.

According to registrar of the Ohio BMV, Charlie Norman, production of the plates began in mid-October in an effort to build up a “sufficient inventory.”

Video provided by the Department of Public Safety during Thursday's press conference showed the plates already being made:

"We're just so accustomed to airplanes looking like airplanes," said Brian Strzempkowsi, assistant director for the Center of Aviation Studies at The Ohio State University. "We see them flying over all the time that when you see that, that back wing, we just naturally want to put that back."

The new plate will be available to drivers starting on Dec. 29.