Neither the trooper nor the motorist were treated for injuries at the time of the crash.

STARK COUNTY, Ohio — The Canton Post of the Ohio State Highway Patrol is investigating a crash involving that involved one Ohio State Trooper as well as another motorist.

According to a release from the Ohio State Highway Patrol, Trooper G.S. Ksenich of the Canton Patrol Post was on a routine patrol traveling westbound on Columbus Road when his vehicle was struck on the left side.

RELATED: Cuyahoga County Executive Armond Budish: COVID-19 situation 'is on the verge of spiraling out of control'

Daniel J. Cole, 39, of Canton, was traveling eastbound on Columbus Road in a 1998 Ford Ranger pick-up truck and was unable to stop his vehicle approaching upcoming traffic. Cole lost control of his pick-up truck, crossed over the center of Columbus Road, and struck Trooper Ksenich's patrol car on the left side. Trooper Ksenich's vehicle spun around after impact and came to rest facing east. Both vehicles were disabled in the crash.

While Trooper Ksenich did not require any medical treatment at the time of the crash, he did sustain possible injuries to his hand and wrist during the incident. Cole was not injured during the crash.

Cole was charged with failure to maintain assured clear distance ahead and distracted driving.

Last year, 58% of those killed in traffic fatalities were not wearing an available safety belt. https://t.co/MkPvK3stfN 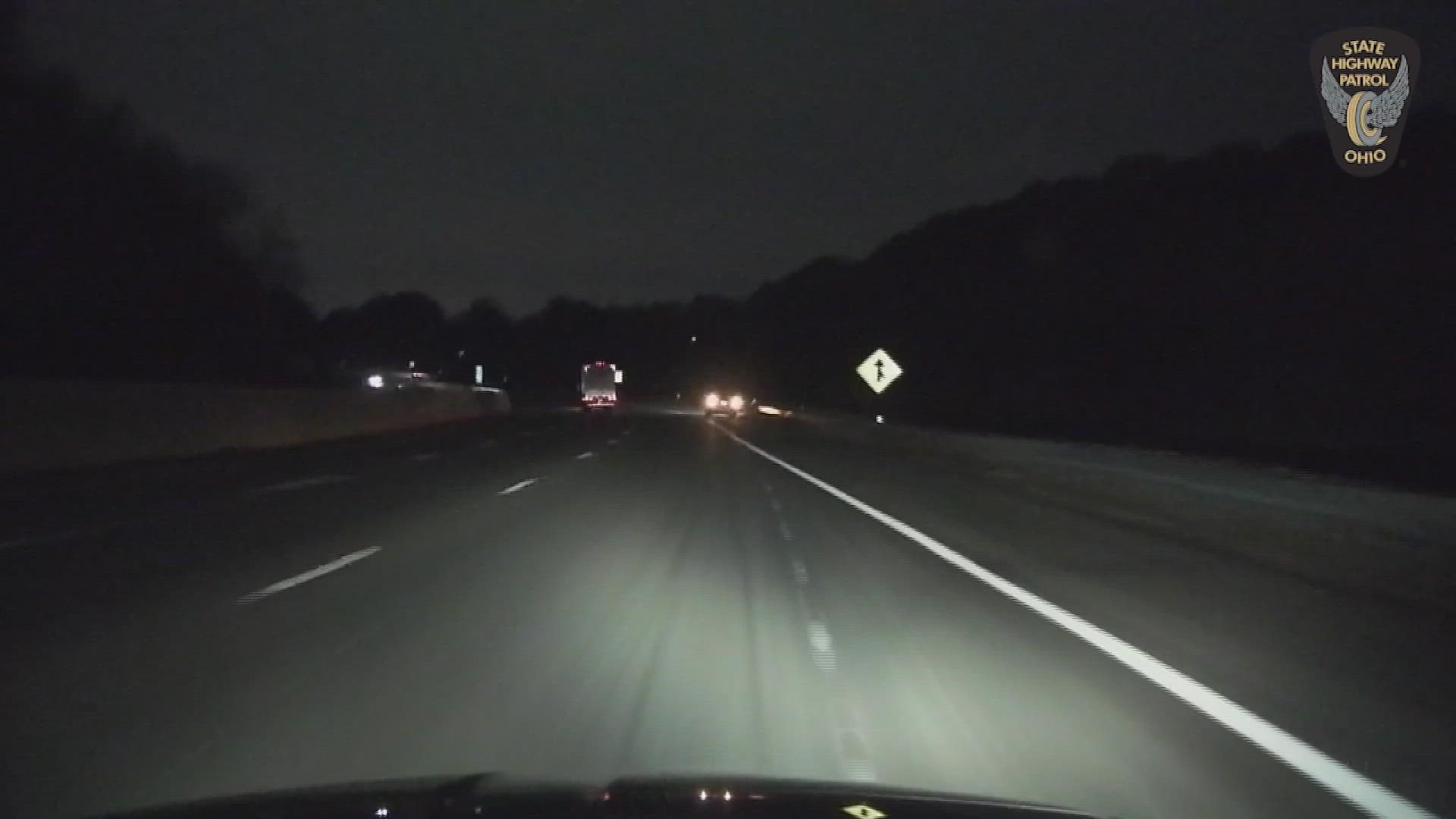