City and state leaders are encouraging the public to let the investigation play out. 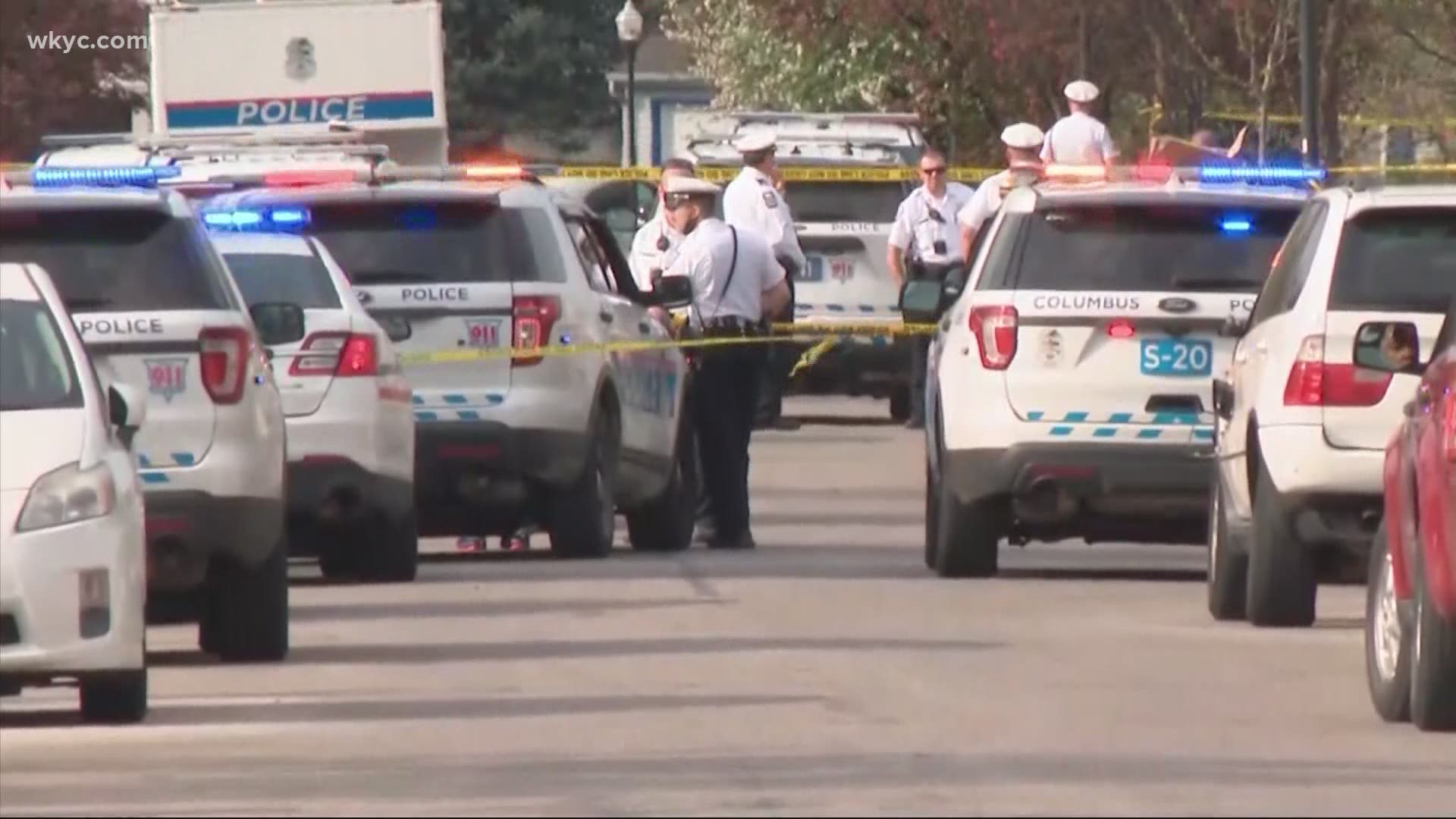 COLUMBUS, Ohio — While Columbus city leaders held a briefing on Wednesday to show more bodycam footage and play the 9-1-1 calls leading up to the fatal shooting of a 16-year-old by police, the mother of Ma’Khia Bryant is understandably hurting and desperate for answers.

“I don’t know all the details about what happened here today (Tuesday), but it needs to stop. Policies and procedures need to be in effect,” said Paula Bryant. “I’m hurt and I want answers.”

RELATED: 'This never should have happened': Mother of 16-year-old killed in police shooting wants answers

Officers were called to the 3100 block of Legion Lane, north of Chatterton Road, just after 4:30 p.m. on Tuesday for a disturbance. According to Interim Chief Michael Woods, a caller reported females were trying to stab them. A dispatcher tried to obtain more information but was unable to before the call was disconnected.

In the additional bodycam footage released Wednesday, the scene of the incident was shown from different perspectives as an officer approached a driveway with a girl in black, swinging a knife.

The officer, identified by Columbus police officials as Nicholas Reardon, shouts for her to get down, before firing 4 shots. Reardon joined the police force in December of 2019.

Additional cruiser camera footage is expected to be released no later than Thursday.

Kevin Davis, a 39-year law enforcement veteran who now serves as a court-certified, use-of-force expert analyzed the body camera footage. Davis sees just cause for the officer to protect the other woman.

“What we have in this case is the perception of a deadly threat and a response by the officer with deadly force to stop it,” says Davis. “Based on what we know at this point, I’d say that was a reasonable decision.”

He added that a Taser or other method to try and stop the incident, may have resulted in the other woman getting killed.

“I’d love to say that we could shoot the knife out of her hand or shoot her in the leg but those things just aren’t realistic under these circumstances where the officer is shooting to save a life," Davis says.

Columbus Mayor Andrew Ginther addressed the incident in remarks on Wednesday, including the need for transparency.

“There were a lot of things being said and shared out in the community that may or may not have been consistent with what we have seen with our own eyes here,” says Ginther. “I think critically during a time of crisis, it’s very important to be as transparent and responsible as possible.”

Other local leaders are asking the public to remain calm as the investigation moves forward.

"I understand the outrage and emotion around this incident. A teenage girl is dead and she's dead at the hands of a police officer. Under any circumstances that is a horrendous tragedy," said Safety Director Ned Pettus. "I plead with the community. Let us not rush to judgement."

During his COVID-19 briefing on Wednesday, Governor Mike DeWine had a similar message. "We need to let the investigation play out. One thing I've learned in 74 years of life is that gathering the facts is the most important thing there is."

As the Ohio Bureau of Criminal Investigation continues its probe into the shooting, hundreds who were in the streets of Columbus awaiting the Chauvin verdict, spent last night protesting this shooting.

"It's a tragedy. There's no other way to say it," said Woods. "A 16-year-old girl lost her life yesterday. I sure as hell wish it hadn't happened."

A tragedy that resulted in a mother losing her child.

You can watch Wednesday's police briefing in the video below (Note: CONTAINS GRAPHIC CONTENT)