The law is named after Alianna DeFreeze, whose murder shed light on schools failing to notify parents when their student is missing. 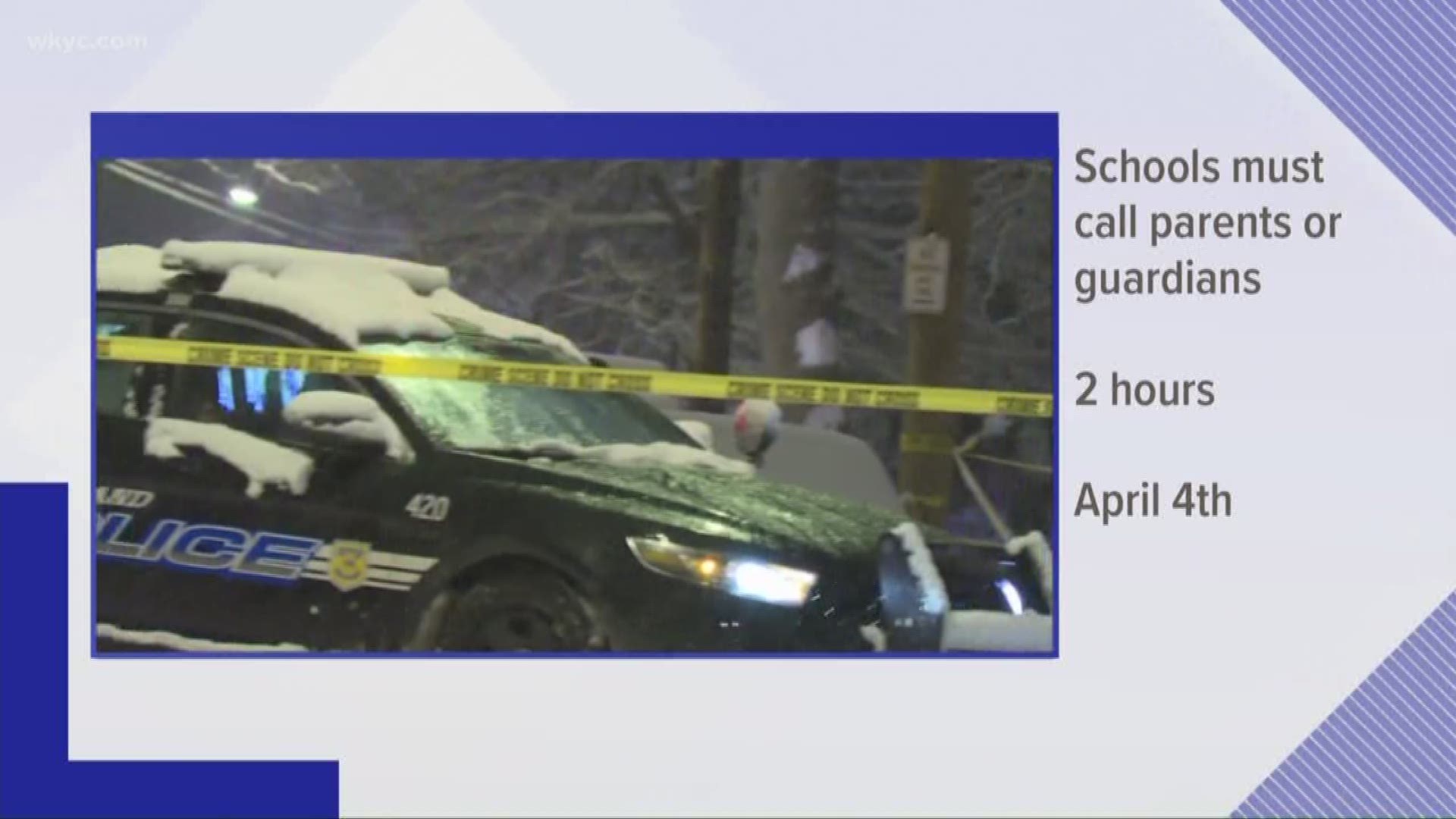 COLUMBUS, Ohio — The Alianna Alert law, named after the 14-year-old girl who was tortured and killed inside a vacant Cleveland home in 2017, will go into effect Thursday, April 4, according to Sen. Sandra Williams.

The law will require schools to call parents or guardians within two hours if a student is marked absent and parents have not previously notified the school.

DeFreeze was kidnapped and killed on her way to school in January 2017. She was tortured and killed inside an abandoned Fuller Avenue home. Her body was found four days later.

Since their daughter's death, DeFreeze's parents have pushed for the Alianna Alert law.

DeFreeze's parents say Alianna boarded the bus for school at 6:30 a.m. and they didn't receive notice that she never showed until 4:15 p.m. Alianna’s school credited a glitch in their system for the lack of notification.

DeFreeze's killer, 44-year-old Christopher Whitaker, admitted to his crimes and was sentenced to death last March.

RELATED: Alianna DeFreeze's killer: 'There is no excuse for what I've done'