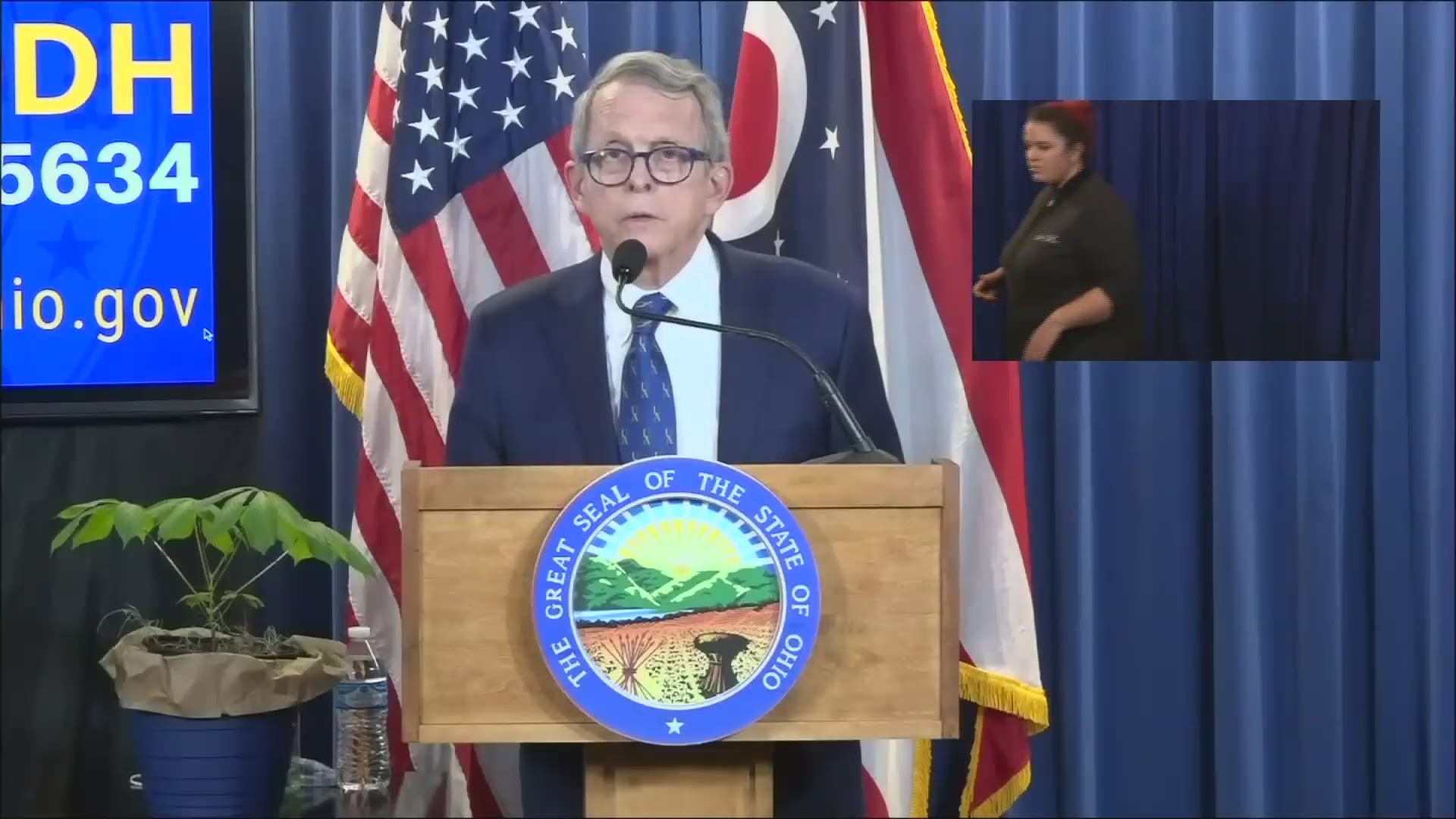 CLEVELAND — A post made on Facebook by the wife of an Ohio state senator comparing Ohio Department of Health Director Amy Acton’s comments on re-entering daily life following the state government’s shutdown order to those of Nazi Germany continue to draw criticism statewide and on a national level.

On Wednesday, the Anti-Defamation League issued this statement regarding comments made by Sen. Andrew Brenner (R-Powell) and his wife Sara Marie Brenner.

These comments only serve to normalize dangerous rhetoric while diluting the true horrors of Nazi Germany and insulting the memories of the millions brutalized and murdered by Nazis. Comparing Dr. Acton and Governor DeWine’s critical efforts to save the lives of Ohioans during this pandemic to Nazis is unconscionable. Ohio expects more from its leaders and those who advise them.”

Per Ohio Capital Journal, Pullins lists himself as 'a top advisor' to Ohio House Speaker Larry Householder. In a tweet that has since been removed, Pullins wrote: "And here comes the predictable and coordinated attacks on @brennerforohio and his lovely wife for daring daring to point out the obvious Gestapo dreams of Ohio health officials. #papersplease"

Later on Thursday, Gregg Levine, chair of the Jewish Federation of Cleveland's Community Relations Committee added this statement for 3News:

"We were appalled by the shocking display of antisemitism at the protest in Columbus last weekend, and were disturbed by the misguided remarks promulgated by Senator Brenner that compared our state government’s efforts to save lives to the Nazis. Both of these acts were cowardly and have no place in Ohio. We are grateful to Governor DeWine and many other leaders in our state who have strongly condemned this behavior."

The controversy began following a statement Acton made on navigating a theoretical scenario regarding re-entering daily life following the state government’s shutdown order.

"We would love, in some countries they’re looking at certificates to say you’re immune (to COVID-19) and therefore you’re able to go about your business. It would be a dream if we were able to get something like that," Dr. Acton had said.

Mrs. Brenner took this as an opportunity to compare Ohio’s shutdown order to that of Nazi Germany in the since-deleted Facebook post.

"With a German accent, in your head say 'Show me your papers.'" Brenner wrote. "This actually feels like Hitler’s Germany where you had to have blonde hair and blue eyes to be able to function anywhere."

Sen. Brenner commented on the post, responding, "We won’t allow that to happen in Ohio." Tyler Buchanan from the Ohio Capitol Journal screen-grabbed the remark before it was deleted.

The post came mere hours after Acton made reference to her own Jewish heritage on Holocaust Remembrance Day, stating that the pandemic "disrupts civil society" and can "turn us against each other." Some anti-Semitic symbols had been seen at a Statehouse protest just days prior, and Gov. Mike DeWine later condemned the images as "disgusting."

After deleting her initial post, Mrs. Brenner took to social media again, saying it was "unfortunate that some would turn what I said into comments that they were never intended to be." She further claimed, "Those who thought I made anti-semitic comments are the same people who say I would be a racist for scrutinizing Barack Obama."

In an interview with The Columbus Dispatch the Republican claimed his and his wife's words "were smeared into an insensitive political attack on the director" and blamed "the left" for the way they were perceived. In a statement later issued to 3News, he did apologize to Acton "because I’m sure she was offended by the comments as they were reported."

"Today, it was reported in an online news outlet that I said something inappropriate and inflammatory on social media. What I actually said was not the same as what is being reported. I would never, ever say what I am accused of saying. I understand that while people may differ on policy issues, the manner in which it was reported was upsetting, inflammatory and hurtful.

"I apologize to Dr. Acton, because I’m sure she was offended by the comments as they were reported. I have also spoken with leaders from Ohio’s Jewish community, for whom I have great respect, and I appreciate the understanding and support I have received.

"I am confident that Governor DeWine and Dr. Acton have Ohio’s best interests in mind, and I appreciate his hard work and efforts in finding a responsible path forward. This is a time for us to work together, and I am committed to doing so for all Ohioans."

In recent days, the senator has emerged as a critic of the DeWine administration's handling of the coronavirus pandemic, posting on Facebook back on April 11 that "We Must Reopen Ohio." Despite some public discontent, roughly 80% of Ohioans have said they approve of DeWine's job performance during the crisis, and the governor has pledged the state's economy will "slowly" start moving again on May 1.

Neither DeWine nor Acton were asked about the Brenners' comments during their Wednesday press briefing, but hours after he left the podium, the governor took to Twitter to defend his health director and formally rebuke his fellow Republican for his "slur."

"Any complaints about the policy of this administration need to be directed at me," DeWine wrote. "I am the office holder, and I appointed the Director. Ultimately, I am responsible for the decisions in regard to the coronavirus. The buck stops with me."

At the briefing, Acton did seek to clarify her remarks on immunity certificates, saying they were partly taken out of context.

"I was referring to it in the context of business...and ways business could reopen and we could support the economy," she told reporters. "The dream about it is for all of us...you could go about your life, and you wouldn’t worry about passing it along to someone else or getting it yourself."

"I, along with the Republican caucus, strongly disapprove of these comments and believe that any such comparisons or analogies are not only absurd but also harmful. This is a time for cooperation, not inflammatory and overblown rhetoric."

RELATED: What is the plan to reopen Ohio? Here's what Gov. Mike DeWine is saying about barbershops, salons, retail, amusement parks and more

RELATED: 'This is the reality we face': Lt. Gov. Husted explains why Ohio will start to reopen its economy on May 1