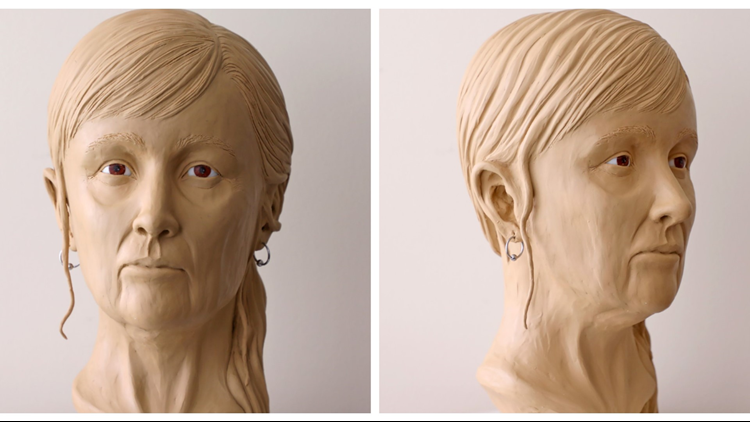 CINCINNATI — Authorities have released a forensic reconstruction of an unidentified woman found dead in Cincinnati more than a year ago.

A forensic artist with the Attorney General’s Bureau of Criminal Investigation created a clay facial reconstruction of the woman at the request of the Hamilton County Coroner’s Office. The Ohio State University also assisted by using a 3D printer to create a replica skull.

Jane Doe was located beside a playground near an apartment complex on Glenwood Ave on May 31, 2018. She is believed to be between 35 and 60 years old, 5’3” to 5’10” tall with brown and gray hair. She was wearing a gray tank top and gray pajama pants and did not have any tattoos or prominent scars. “Schrader” was written in black marker on the tag of the pants.

“No one should slip alone and unknown into the night,” Attorney General Dave Yost says. “Someone will recognize this woman ... she has a name. Let’s give her the dignity of recognizing that she has left this world.”