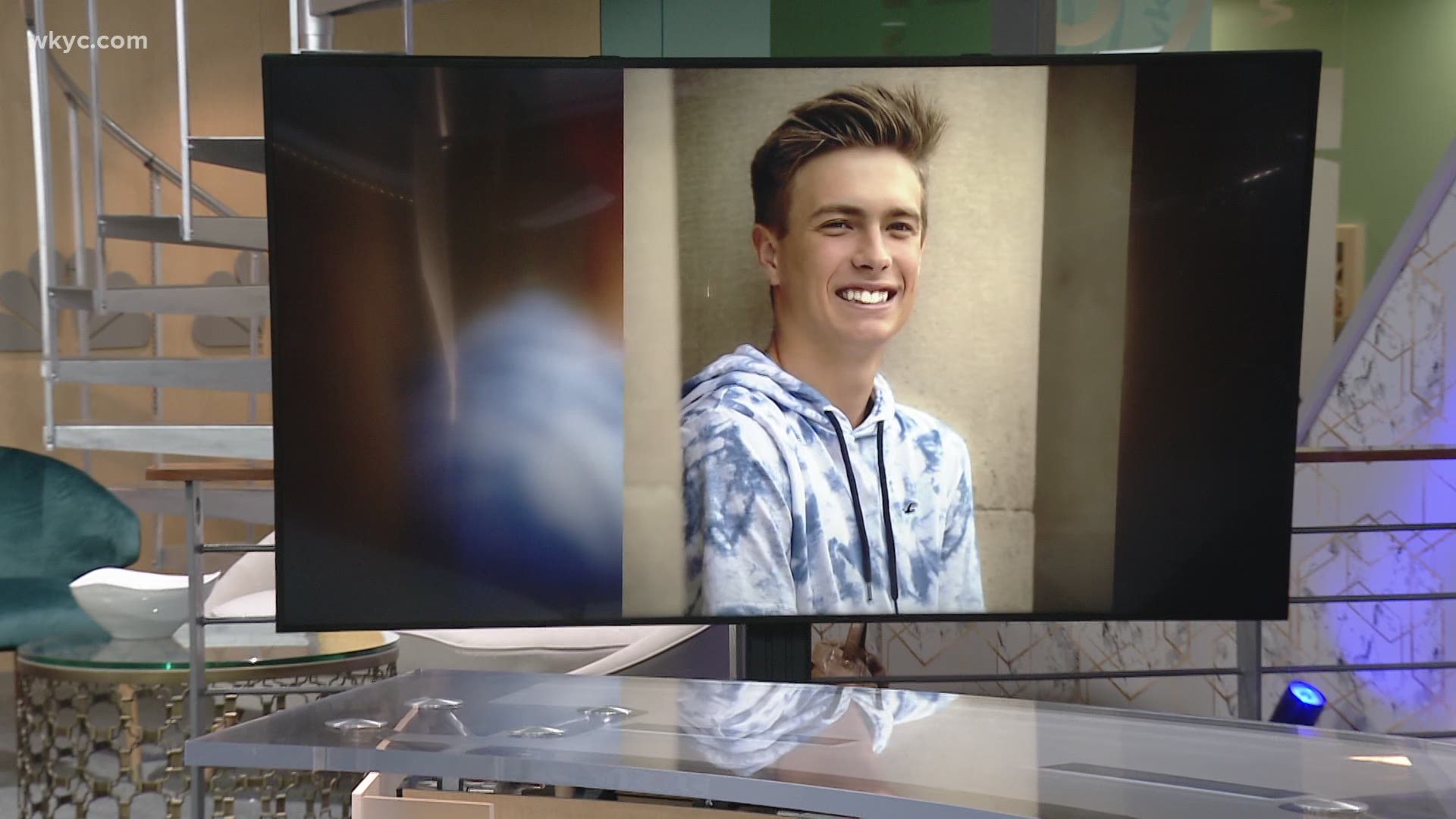 Foltz, 20, died on March 7, days after an alcohol-fueled fraternity hazing incident at a party off-campus in Bowling Green.

"BGSU has engaged an outside special counsel to ensure its investigation into the Pi Kappa Alpha hazing incident and the tragic death of student Stone Foltz is fair and thorough.

"The University is releasing the executive summary of the investigatory report today and is also notifying 21 students of varying charges of violations of the Code of Student Conduct. These charges include:

This is another step to ensure hazing is eradicated and that this tragedy that occurred at BGSU and similar tragedies at too many other universities never happen again.”

You can read the entire executive summary here.

Attorneys for the Foltz family released a statement on the special counsel's findings Friday:

"The decisions made by Bowling Green State University officials to hold students accountable for their actions are commendable, yet expected. Student codes of conduct are designed to establish standards for students and organizations. Clearly, more work needs to be done at every level to ensure no other student is injured or dies from fraternity hazing. While punishment is important, far more work needs to be done by all Universities to prevent these senseless tragedies. Students and their families deserve better. We will not be satisfied until the University institutes a zero-tolerance policy.”

The family of Stone Foltz filed a wrongful death lawsuit May 11 in Franklin County Court against the Pi Kappa Alpha International Fraternity, Delta Beta chapter of the fraternity at Bowling Green State University and 20 individuals.

Foltz died in March after an alcohol-related hazing incident. According to the lawsuit, his family says he was forced to drink the equivalent of 40 shots of liquor in less than 20 minutes and was left for dead by his fraternity brothers.

Defendants named in the lawsuit are:

Dunson, Henricksen, Prizel, Hord, Dodson and Sweeney are being sued individually and as an officer of the BGSU chapter.

Benjamin Boyers of Sylvania was originally charged with hazing and failure to comply with underage alcohol laws, but his charges have been dismissed.

All named defendants except Hord and Dodson were charged with various crimes in April. Misdemeanor charges filed by the State of Ohio against Boyers were dismissed.

“By filing a civil complaint on behalf of Stone Foltz and the Foltz family, we are doing what is necessary to hold the Pi Kappa Alpha International Fraternity, the local fraternity chapter, and individuals accountable for their behavior that led to Stone Foltz’s death.

"The complaint details a disturbing history of hazing within the international fraternity dating back almost 60 years, culminating in the tragic wrongful death of Stone Foltz. While nothing can bring Stone back to his family, we are confident the family will get justice and accountability through the legal system.”

The suit provides over a dozen examples of Pi Kappa Alpha members being killed or seriously injured in the past several decades. One of the highlighted examples is a 2018 incident at BGSU.

Copies of the anonymous complaints are included, which states new pledges were required to strip down to their underwear and fight each other in a large hole that had been dug.

According to the lawsuit, Krinn provided Foltz a bottle of alcohol, who was forced to consume the entire bottle before he left. Foltz drank the bottle in as few as 18 minutes.

The suit also alleges Krinn was to spend the night with Foltz to make sure he was safe. Instead, Foltz was left alone on his couch at his apartment.