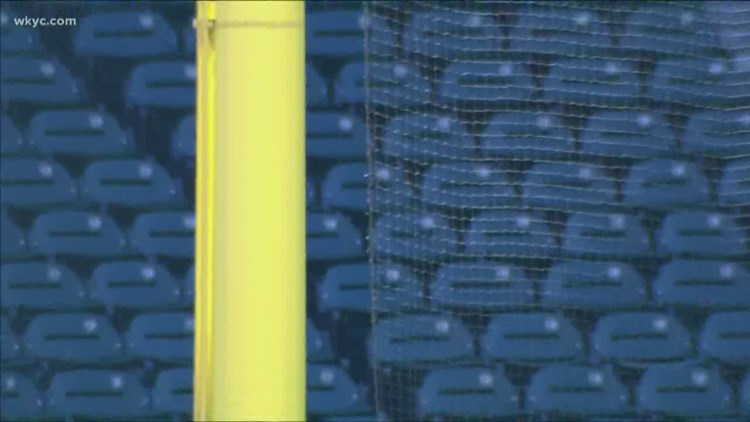 OHIO, USA — An Ohio lawmaker is pushing legislation requiring all major and minor league baseball teams in the state to install protective netting from foul pole to foul pole.

The Columbus Dispatch reports state Rep. John Patterson, a Geauga County Democrat, introduced his bill Thursday in response to concerns from a constituent blinded in one eye by a hard-hit foul ball.

Forty-six-year-old Dina Simpson has been pushing for the change since being injured in 2017. Patterson's legislation would require foul pole-to-foul pole netting be installed by the 2021 season.

No additional protection would be required in front of outfield bleachers.

In December 2019, MLB commissioner Rob Manfred revealed that all 30 big league ballparks will expand their protective netting in 2020.

The Indians have confirmed the upcoming changes coming to Progressive Field.

“We can confirm our plans to have extended netting in place for the 2020 season," the team said in a statement. "We will provide more details in January after we finalize those plans."

No official rule has been passed mandating each team make such changes.

“There was no rule passed or anything like that,” Manfred said. “We just went out, talked to the clubs, made the case that extending netting was the thing to do, and the clubs individually responded in a positive way.”

According to an NBC News investigation, there were at least 808 reports of injuries to fans from baseballs from 2012-2019.