"Please know that those working on the case are the only individuals that know the actual facts." 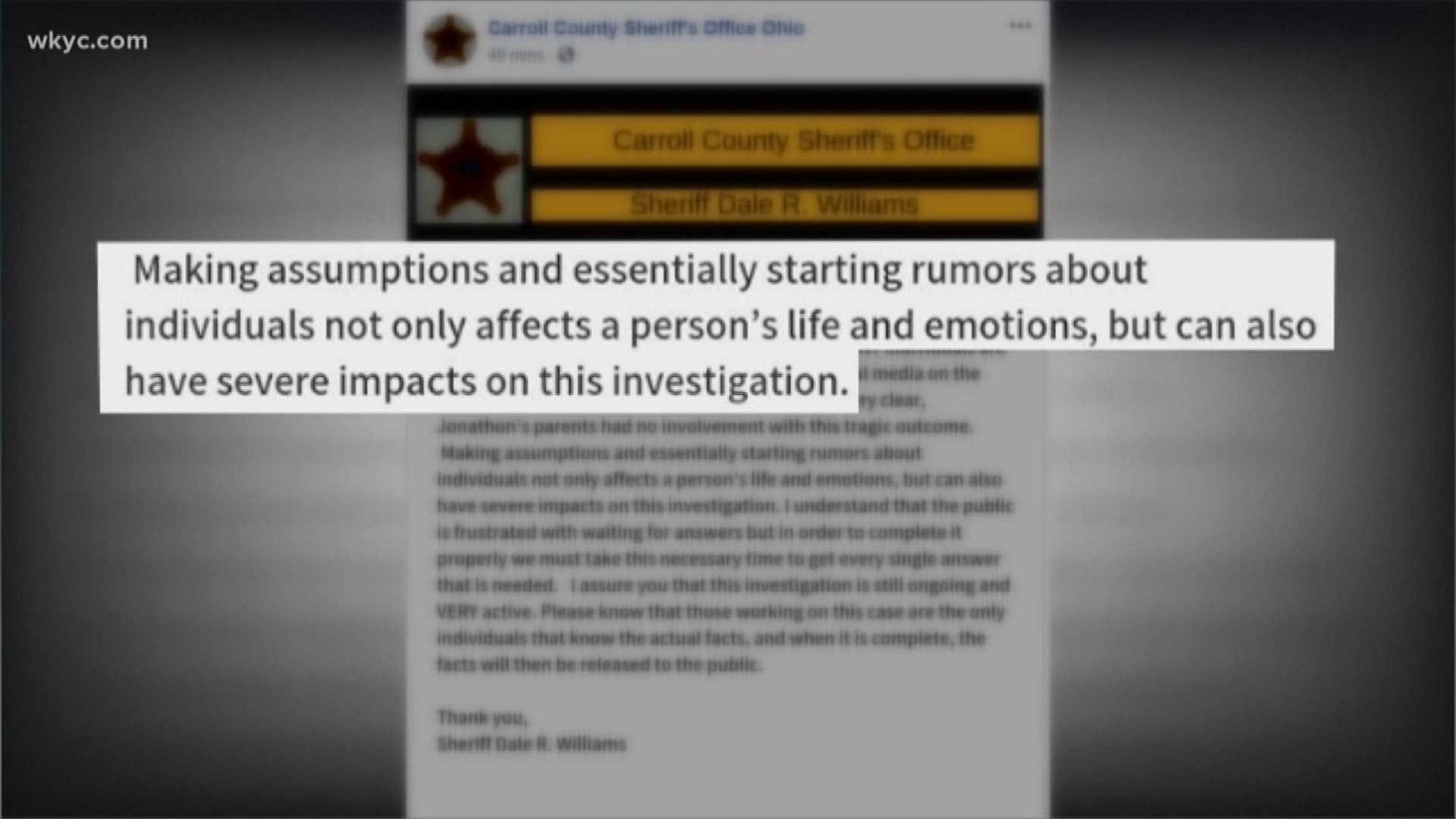 The 14-year-old was found buried in a shallow grave on a farm last month.

Williams writes that the boy's parents have no involvement in the case, adding that "making assumptions and essentially starting rumors about individuals not only affects a person's life and emotions, but can also have severe impacts on this investigation."

The sheriff says the investigation is on going and very active, adding he will release information to the public when complete.

Jonathan had last been seen on Saturday, April 13, as he was working at a farm near New Harrisburg. Authorities say he complained of a toothache that afternoon and said he was calling his mother to go home.

His mom never got that call.

Jonathan's disappearance captured national attention as search efforts continued for nearly a week before the body was discovered on April 19.