It's not yet clear how Jonathan Minard died. No suspects have been named as of yet 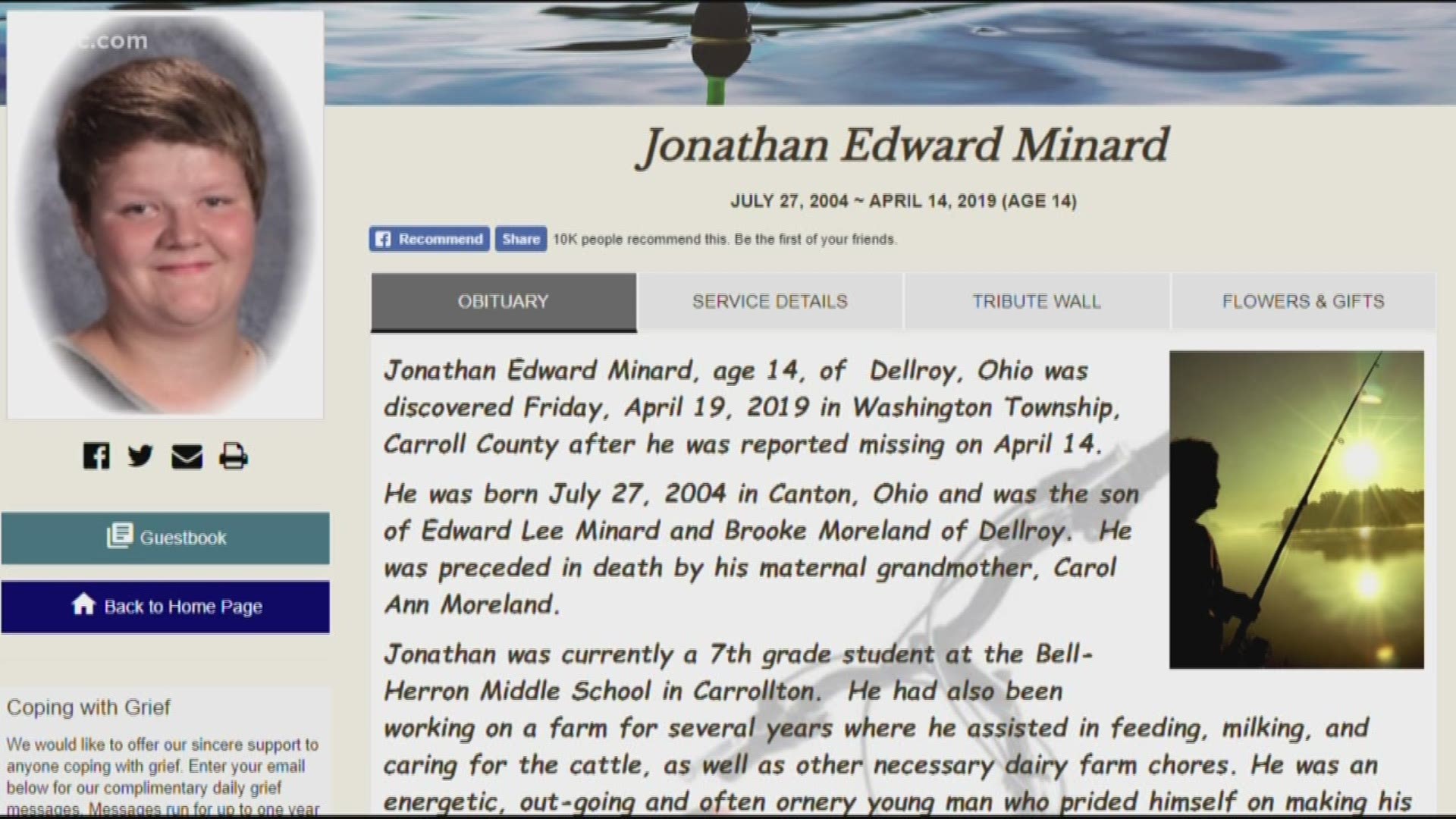 CARROLL COUNTY, Ohio — The friends of a teen who mysteriously died want answers.

Last week, 14-year-old Jonathan Minard turned up in a shallow grave on a farm in Carroll County's Washington Township.

Investigators have not said where he was found, who made the discovery, or how he died.

Described in his obituary as “energetic” and “outgoing,” Minard was known for “making his family the target” of “good-natured pranks.”

“I think the whole community is still in shock of hearing the news,” Superintendent Dr. David Quattrochi said. “This is something that you don’t think would happen in Carroll County.”

Minard was in the 7th grade at Bell-Herron Middle School where Brendan Mayle was his classmate.

“Would make everyone’s day better,” Mayle said. “If he saw someone having a bad day, then he would go talk to them, see how they’re feeling.”

The heartbreak has only been worsened by the mystery.

Minard went missing a week ago Sunday. On Wednesday, investigators said they had a person of interest, but did not name them.

Then Friday, after days of searching, Minard’s body was discovered.

“I’m not going to comment on anything that’s going to jeopardize this investigation,” Carroll County Sheriff Dale Williams said at the time, revealing few details.

“We kept looking constantly and we thought that we’d find him,” Brendan Mayle said. “One minute you’re in the cafeteria blowing bubbles in your chocolate milk. The next minute, he’s gone.”

Minard’s family has asked for privacy. Funeral services are Thursday.